Quite possibly, and in equal measure to their importance.

“Even a year ago today, we were building an in-hospital data center, and I remember a discussion with a builder saying “I don't care if the data center dies, at the hospital we'll still be running.” I looked at him and told him - “No, it won't. It would be shutting down.” Even the builders don't realize how critical the data center is, in a lot of environments today.”

Michel Chartier is one of the few Uptime-certified engineers in Canada and, as a veteran in the data center industry, has had a front-row seat view to watch it grow. 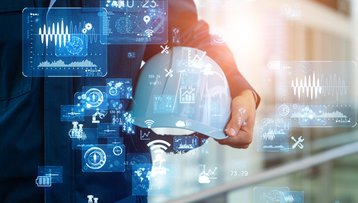 “In 1994, losing a data center wasn't the end of the world. It would shut down, and they’d say ‘Okay, let's do something else and we'll come back and fix it.’ Today, it's totally different. Everyone expects your data center to run 24/7, without shutting down or having to do maintenance. It's become critical to our lives,” says Chartier.

These demands are only going to increase, and data center operators will need to respond in a number of ways, such as providing much greater power density per cabinet. In 1994, says Chartier, a cabinet would offer a power density of around 1.5KW. Today, the average per cabinet is more like 5-6KW, and could reach into the high double digits. That, of course, also increases data center power and cooling challenges.

“I always had success in my life by surrounding myself with more knowledgeable people in the areas where I knew that I was not as good. Know what you're good at. Know your flaws, and try to find people that can fill up those gaps to help you"

Nevertheless, the whole world, it seems, is glued to its smartphones, using the internet for work, and relying on networks to securely pay for its needs (and wants). As automation increases and Internet of Things devices start to flood networks, data center failures could become life-threatening.

It is this inability to ever jump off the hamster wheel that helped Chartier define his career.

“The satellite clock that they [a client] had, can never shut down. So we began to specialize in never having to shut down. We've replaced megawatts of UPS load without shutting down any servers. When the data center industry developed a little more, in 1997/1998, with companies like Bell, like Rogers, like video Tron here in Canada, it became natural for us to make the transition to the data center industry because it was mission-critical.” 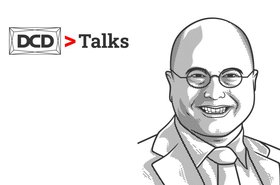 Michel Chartier, the first Uptime accredited engineer from Canada and newest DCD>Academy
instructor, talks with Vlad-Gabriel Anghel about how the data center market has changed.

“We've had a lot of issues getting engineers. When we started out, we were two, and then we became six, and so on. But it was impossible for us to get people that were already specialized or well trained in data centers; even from other engineering firms.”

It is because of this that Kelvin Emtech, Chartier’s firm, became something of an informal training school for engineers. It follows that Chartier has now become one of DCPro’s newest trainers, and possibly one of the wisest.

“I always had success in my life by surrounding myself with more knowledgeable people in the areas where I knew that I was not as good. Know what you're good at. Know your flaws, and try to find people that can fill up those gaps to help you, and we'll grow the industry that way.”