A deeper look at the digital twin

And a lesser look at Computational Fluid Dynamics

Computational Fluid Dynamics (CFD) sounds like something out of science fiction, talked only about by the spaceship's resident genius, while the others roll their eyes and ask the said genius to ‘talk in English, please’.

But Computational Fluid Dynamics is very much used in real life and has a multitude of applications. In our DCD>Talk with Future Facilities’ Sherman Ikemoto, we talk about CFD and how the company has used it in their Digital Twin software - 6SigmaDCX.

“Computational Fluid Dynamics is a mathematical modeling technique for fluid flow and heat transfer and, commercially, it's been used since the early 70s or so. Traditionally, though, it's used as a general-purpose simulation capability for aerospace or for automotive. There's a handful of specialist companies in the world that provide this general capability. 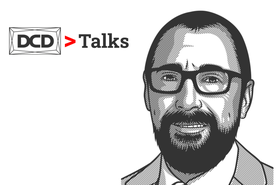 In this DCD>Talks episode we sit down with Sherman Ikemoto, Managing Director for Future Facilities, about Computational Fluid Dynamics (CFD) and how the Digital Twin software 6SigmaDCX uses it

“Flomerics was the first company to take this very academic and complex scientific modeling technique and apply it to an industry. Flomerics was focused on applying computational fluid dynamics, and giving that technology to design engineers. The design engineers never used computational fluid dynamics in any big way before Flomerics, it was always scientists.

“Design engineers then used it to design computers. So HP, IBM, Dell. Back in the 90s, they all used software from Flomerics to create the thermal design of the computers. And that's a big reason why you see so much power packed into a computer is because of the technology.”

It is through Computational Fluid Dynamics that the Future Facilities Digital Twin is able to understand cooling and airflow and thus simulate solutions.

“The term was coined by a professor at the University of Michigan. His name is Michael Greaves, and he came up with the term digital twin. It was applied originally at NASA, for having a computer model of the rockets they were sending up in space, so that if anything went wrong in the rocket, they can use a simulation twin, that they can bring up on the computer and try to work out the problem. You can't fix a rocket while it's flying, right? So you have to have a twin to simulate failure scenarios and that sort of thing.”

This same theory is applied to the 6SigmaDCX. You can test solutions before deploying them, so the rocket (data center) stays on course.

“It is a unique application of scientific computer technologies. It’s a simulation, at the heart of it. What we're talking about is the ability to simulate the physical behavior of the data center, how it will respond physically to a change.

“It is a unique application of scientific computer technologies. It’s a simulation, at the heart of it. What we're talking about is the ability to simulate the physical behavior of the data center, how it will respond physically to a change.

“Everything interacts with each other: IT equipment interacts with cooling, and so forth. That's the nature of any system. And back in the days of Flomerics, when we were providing simulation capability to design engineers, all we had to do to explain the concept is to say ‘this is virtual prototyping.’

“The design engineers were doing physical prototyping, they would actually have to build versions of the product they were going to ship, test it, and then if it didn't work, they had to build another version of it to try to fix the problem. So there was physical prototyping going on in the computer industry to make sure that the systems would work. We went in with this scientific modeling capability and said, you can do virtual prototyping.

“Immediately, a design engineer can do 10 virtual prototypes in the same amount of time as doing one physical prototype, this is a game-changer. One of the big factors in being able to increase the densities of computers is virtual prototyping.”

One thing we can take from all of this is that Computational Fluid Dynamics isn’t quite as out of this realm as it seems. It is actually, very down to earth (despite having plenty of aerospace applications).

Watch the episode with Sherman Ikemoto here for more information