Erik Rylander, Stockholm Exergi sat down with DCD's Rebecca Davison to share his thoughts on data centers and the energy sector converging to create a climate-neutral ‘utility of the future’ 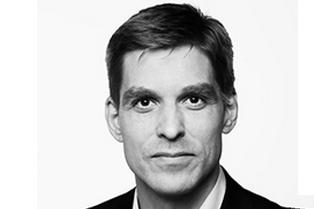 Ahead of the DCD>Energy Smart Virtual Conference, Erik Rylander, Head of Stockholm Data Parks at Stockholm Exergi, sat down for a Q&A with DCD's Rebecca Davison to discuss Stockholm Data Parks' role in the Nordics data center boom and the future of industry sustainability amidst the challenges of energy, heating, and cooling.

A: At this point, we are very much focused on implementing the contracts that we have signed during the fall. So right now, we are with three data center operators who are planning to build in Stockholm Data Park, and we are now running through the process of obtaining the building permit, so that they can get started with their building and construction projects. We are also in the process of negotiating a fourth contract in the Park, and we are hoping to close that one before the summer. So, that’s where we have our focus when it comes to Stockholm Data Parks and it’s really important to really deliver on those contracts. But aside from that, we are always seeking to bring new opportunities into the market, for the future.

Erik will join 24+ expert speakers during DCD>Energy Smart Virtual Conference, the only virtual conference setting the agenda for data center decarbonisation for hyperscalers, colos, and enterprises.

With 16 free-to-view webinars broadcast on 27-28 April, register for sessions now so you don't miss out on the latest best practices in energy efficiency and sustainability.

Tune in to learn more about energy smart operations

Q: Nordic data center investments have been booming over the past decade, how do you expect this trend to continue?

A: We believe it will continue. So far, the big investments that we have seen in the Nordics have been from the cloud players - the hyperscalers mostly. We believe that this will continue, but it will also follow a colo and host data center-like second wave. That is really the area we are focusing on in Stockholm Data Parks for the hyperscaler establishments normally too large to fit. We still believe that there are the same drivers behind the industry looking at the Nordics which are: Sustainability, sustainable power or green power that you can get in the region, the cost efficiency from low power prices, but also the opportunity to do heat recovery. We believe this will all continue.

Q: You recently piloted the Bio-Energy Carbon Capture and Storage (BECCS) project, what role do you see it playing in the overall transformation of energy infrastructure?

A: First of all, carbon will remain the main issue for the world in the coming decades, and how to reduce it may be one of the most important issues of mankind. So, when we look at the Bio-CCS, it will be necessary. I don’t think I’ve seen any scenario reaching the goal for the Paris Agreement without Bio-CCS. So, we believe it’s a very important part of the puzzle towards a more sustainable future.

With Bio-CCS we are able to “vacuum clean” the atmosphere from carbon dioxide using natures own process, the photo synthesis. Trees absorb CO2 as they grow. When we make use of the energy in the wood in our bio-CHPs, capturing and storing the CO2 in the flue gases using Bio-CCS, we are in fact taking CO2 out of the atmosphere. The carbon sink that we create we plan to offer to the market. Companies that want to speed up the phasing out of coal will be able to join in and contribute to getting the Bio-CCS plant in place. In this way we envisage that industries that for different reasons are not able to transform their normal business into something that is sustainable fast enough, can reduce their footprint already now, in parallel to working on their long term sustainability plans.

Q: What have been the main barriers/challenges in terms of implementing it in the district heating of Stockholm and what are the critical factors in optimizing the entire value chain and driving scale?

A: What we have put in operation today is a smaller unit that captures the carbon from a fraction of the flue gas stream from one of our plants and then, the whole idea is to implement this big in Stockholm, as you said.

The biggest challenge is not technology - it is not that difficult, as it has been known for many years. Rather, it’s more of a business model and a business case challenge because this is a big investment and it cannot be paid by the customers of the heating in Stockholm.

So, it’s a matter of getting this technology in place, finding the right business model that can secure the financial means to do so, without killing our own business.

This is to be seen as an opportunity that is bigger than the heating in Stockholm. It’s about saving the planet and we have the opportunity and the ability to do it thanks to the business that we run, but as of today we lack the business model and there are yet no tax incentives in place to support carbon capture technology. That is really the major challenge. At the same time, you can find forerunners like Microsoft who have come out saying that they will invest a lot of money into climate-friendly projects and products that will help the environment to prosper in the future.

Initially, they [Microsoft] will cover for and become net-zero and then in the long run, they will also cover for everything they ever emitted. It is those kinds of role models that we need more of, and I think they are leading the way and others would follow. That’s really the solution to finding the finance for these projects that the world needs, but are difficult to implement without having new business models.

Q: What is the next step in district heating? What potential are we yet to see?

A: Well, if you look at district heating lots of work is being done to implement low temperature systems. Lower temperature in the system allows for more recovered heat into the system, because you can use more heat sources to supply the system. You will also get lower losses. That is a natural way we’re always striving for.

Another thing that you also see in this industry, like others is obviously; digitalization, and increased optimization by implementing new control systems. That is the normal stuff, then the big step is the Bio-CCS technology that is closely related to the business we are running, since we are using a lot of biofuel and the fact that it allows us to more or less vacuum clean the atmosphere from CO2.

Q: How do you envision Sweden and other countries in the region contributing to the achievement of the net-zero target in the foreseeable future?

A: Sweden is already in quite a good position when it comes to sustainable power generation from hydro, wind, and biofuel CHP. Wind is especially booming in Sweden right now, so we will continue to add renewable production capacity to the system, which is really necessary. Within the heating field, what we do - heat recovery, district heating and Biofuels is the way forward and offsetting whatever fossil fuels that are left. In Stockholm, we will be done by 2030 being totally independent on fossil fuels when it comes to heating. That’s something we work on every day.

The biggest challenges would be transportation. But then, we are also seeing lots of projects in Sweden when it comes to liquid biofuels that can be used for transportation and also batteries, obviously. When it comes to the industry, there are some really interesting projects in Sweden, not least the Hybrid project where they are going to be turning steel production carbon-neutral from using hydrogen instead of coal. So, there are many things going on.

Q: Are there any policies or initiatives you see with the potential to drive future sustainability in the data center industry?

A: First of all, what we really need to drive sustainability, in general, is strong political commitment, and not only on the power point level, but also in action that implements different measures to make this move in the right direction. We mentioned Microsoft before, I think they’re a really good example of how you can go to action with something that will lead us in the right direction.

We also see that there is an increasing customer demand that will push the data center industry - any industry for that matter, in the sustainable direction, because today end customers really care how the services they consume are produced. That will force the data center industry, even the ones that don’t want to, into more sustainable solutions, because otherwise you will not be able to sell the product. You must also mention additional renewable power, which is something that the industry has been working on for a long time. That needs to continue because there is still lots and lots of fossil power production going on in the world, and for as long as there is, it needs to be taken out.

But, most of the analyses of the carbon situation on a global level come to the conclusion that a global carbon tax is probably what is needed in order to create incentives, that will really make a difference. There are so many political problems with implementing such a tax. But on an overall level, I think that is something that would be needed.

Q: How do you see the relationship between data centers and the energy sector converging and to create a climate-neutral ‘utility of the future’?

A: That’s the journey we have been trying to pursue. The first step we took was to introduce the concept of heat recovery on a broader level, and I think that is a very obvious way to work together with utilities and the data center industry. But, there are so many more fields that could be explored, especially on the power side and how the infrastructure of the data centers could be used also outside the data center itself, for the good of the community, while creating revenue streams into the data centers. Rightly integrated, data centers are really a resource in the city infrastructure, not a burden.

Erik will broadcast his session, “Stockholm – a circular city: The role of the data center as a resource in city infrastructure" during the DCD>Energy Smart Virtual Conference on 27-28 April.