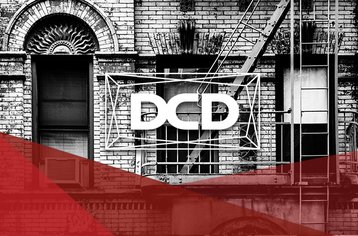 The East Coast’s leading summit on data center and cloud infrastructure transformation will open its doors to 2,000 technology professionals on 9-10 April at the Marriott Marquis in Times Square. The agenda will explore how New York’s Enterprise ecosystem is adapting to high density data-rich applications on-premise and with Hybrid data center strategies.

“Upgrades and modernisation are a hidden data center sector, obscured by the exponential growth in new facilities,” writes DCDs Global Editor, Peter Judge, in a recently published editorial supplement where he interviews Frank McCann, Principal Engineer at Verizon who will be delivering a case study at the conference.

“We always check whether there’s anything we can do to avoid spending millions of dollars to upgrade a building simply by relocating the equipment elsewhere,” says Frank in his interview. “Sometimes the answer will be yes but the latency between the equipment becomes an issue.”

The urgent need for sharing best practice around infrastructure upgrades and retrofit is underpinned by a 2018 DCD survey which revealed that 53.2% of data center owner/operators attending the event had modernization projects planned. A higher incidence than at any other DCD event location.

When asked about the impact of technology on modernization efforts, Schneider Electric’s Chief Technology Officer, Kevin Brown, commented that “...as data center technology has matured, it has become possible to upgrade an existing site - and, more importantly, it is now possible to understand the likely financial implications of any decision to modernize your facilities”.

Kevin Brown will be speaking at DCD>New York on 9th April.

DCD>New York is the East Coast's longest running data center and cloud infrastructure event that has been a focal point for thought leadership for 17 years. It is free to attend for infrastructure end-users and operators Click here to register