The road to renewables 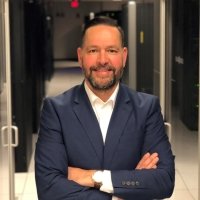 Ahead of DCD>San Francisco, Kevin Kent, Data Center Operations Manager at The Ohio University Wexner Medical Center, sat down for a Q&A with DCD’s Kisandka Moses, who is producing this year’s conference, to discuss the future of energy smart infrastructure.

Q: This year’s DCD>San Francisco will cover everything from power purchasing agreements used to increase renewable procurement to microgrids and liquid cooling. After the obvious effort to be more sustainable, why do you think data centers are still such large energy gluttons at this point in time?

A: There is a very simple answer to this. Anywhere you go in the world, whether you're talking about a small enterprise data center or a colocation, cloud, edge or hyperscale facility - the most important thing in a data center is reliability. I believe reliability is king in data centers and the reason we see the mass consumption of traditional generated power. You also mentioned power purchasing agreements, in the Midwest and Ohio area there are several data centers who have PPAs and there are portions throughout the year where we are able to use renewable energy to help supply power to our data centers.

Interestingly, in this area, you will have a power purchasing agreement of eight cents a kilowatt and then a service provider will charge ten to fourteen cents to deliver that renewable energy across their grid. We see companies, businesses and data centers go from paying six to ten cents a kilowatt, to more than double that when using renewables.

When you approach a scenario where an operator is using twenty or thirty million kilowatts hours a year, it's a difficult decision to be more environmentally friendly when it costs a company a significantly more.

Book your pass for DCD>San Francisco

There are less than 560 free passes remaining. Book your pass today to ensure you don't miss out.

Q: You've spoken all around the world, most recently at DCD>Chile and Austrialia. In which market has the energy efficient message been the most well received?

A: I haven't been to Sweden but the region is doing amazing work. We see a lot of hyperscale facilities such as Apple, Google and Facebook building facilities in climates where they have the ability to use outside air to cool as opposed to using indirect evaporative cooling. When you can pull air in from outside, it's less expensive and contributes to decarbonization and generally, pulling free air in has to be high on the scale of efficiency.

Swedes are also very effective in wasting very little, the heat rejection which comes from the cooling systems they use. They take the heat rejection and use this to heat swimming pools in nearby athletic facilities. In Germany, they are taking heat rejection out of their data centers and heating office buildings with it and in areas where the climate is cooler. I'd also mention the State of California,where government regulation dictates a percentage increase in each year towards renewable use and off of traditional power.

Q: You will be speaking on microgrids at DCD>San Francisco. Why do you think microgrids are essential to the energy smart conversation?

A: You could argue that every data center that has onsite power generation for emergency power (i.e. diesel generators) are a form of microgrid. I think there are a number of reasons for their popularity, one is you don't necessarily sacrifice the feeling of reliability. Microgrids are designed to share power with other companies or businesses in the area. You are gaining power from different sources. I get the feeling that microgrids provide freedom when it comes to the financial cost of running a facility and with newer battery technologies, we'll see more microgrids in businesses and contributing to smart cities and neighborhoods. It’s a technology which will continue to grow.

Q: If you were to appoint a sustainability hero, who would it be and why?

A: Within the data center business, names such as Professor Ian Bitterlin, Mark Monroe (Microsoft) and Nick Parfitt (DCD) create such great awareness and avenues for education.

Outside of the data center business, I have heard every President from 1966 to current, continually state that we need to reduce our dependence on foreign oil and develop alternative sources of energy and it has never really happened.

Recently, a young Congresswoman who has stirred up great controversy for challenging conventional wisdom around energy is Alexandria Ocasio-Cortez. She penned the 'Green New Deal' and was the first person I saw within our government, stand up to our traditional beliefs and say "here is a starting point we could all use to come together and work". She is very much challenging the oil, coal and banking industries in the United States.

Kevin will join us at DCD>San Francisco on 11-12 July, to share his insights into "Preparing for Decarbonization - Can Microgrids 'Cross the Chasm'?"