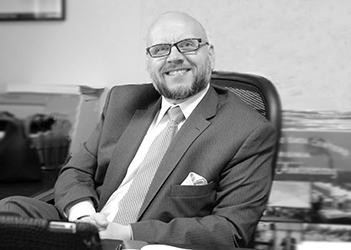 Ahead of DCD>New York, Buddy Rizer, Executive Director, Economic Development at Loudoun County sat down for a Q&A with DCD's Kisandka Moses, who is producing this year's conference, to discuss the evolving demands of owner-operators, shifting site-selection strategies and how he's driving even more data center growth in his state.

Q: With one eye on your talk at the upcoming DCD>New York Conference in April, could we begin by getting a little background on your role and understand how Loudoun County has become synonymous with data center growth?

A: When I started here in Loudoun County a dozen years ago (as a salesperson), the first thing I did was try to understand what my product was. We were very quick to identify that we had a dense fibre network and some of the early data centers on on the ground. We had AOL here also; which of course, at one point, was the center of the Internet itself. We started looking at our competitive advantages and decided to go full steam after data centers, working very hard to make sure that we had all of the infrastructure in place.

Following this, we layered on government support and incentives. We created special zoning categories and special fast track programs to get the companies to the market on time. I would have never been able to predict twelve years ago that we would become the center of the Internet and have the largest concentration of data centers anywhere in the world. We are very proud to be the Data Center Alley.

Buddy will join 80+ expert speakers at this year's 17th annual DCD>New York event, to share best-practice and showcase the latest technologies colos and their enterprise clients can adopt in an era when the traditional data center is quickly becoming obsolete.

There are less that 400 free passes remaining, book your pass today to ensure you don't miss out.

Q: When did you first start noticing that there was something special happening here and that the data center growth that you were experiencing was different to what you had seen before?

A: I started making predictions around 2011 that we would top out at 17 million and then I revised that the following year to 19, then 21, and then 25. What has been really interesting is that there has not been one single day without data center construction in Loudoun County in the past twelve years. We have had consistent growth and the demand has never disappeared.

Q: Growth of this ilk is commonly achieved using tax abatements and making it financially viable and worthwhile for owner-operators to build. How much do data center taxes now contribute to the budget of Loudoun authorities?

A: We identified the sales tax exemption in Virginia as one of the areas where we could really make an impact both at an enterprise and colocation level.

The county will get more than a quarter of a billion dollars in local tax revenue from data centers. That is about 25 cents on our tax bills per dollar. It’s allowed us, as a community, to grow; building the roads and schools and funding the activities that make this just a great place to live and work.

The tax revenue has been going up exponentially year after year. Last year it was $200 million and we think it's going to be about $250 million this year. It's just crazy the amount of support that our industry gives to our local community. It's really impressive. I do want to say that beyond the state tax break we have not incentivized any of the data centers locally. We have not given away land; what we have done is build an environment where companies can come in, get to market fast and be successful.

Q: Are there any downsides to this level of growth?

A: It is hard to identify a downside. I would say that the demand has driven land prices very high and priced out some other types of users. We've worked very hard, however, to make sure that are we're putting data centers in the right place. We don't want them adjacent to residential for example. I can't really speak to any downsides. It's been a real net positive for Loudoun County.

Q: With job creation so strong, one of the challenges we often hear about is the shortage of a talent pipeline coming through. How do you ensure citizens from the local population are poised and ready to take on a role within the data center?

A: Talent is is one of our major initiatives. As we have continued to grow, growing that tech talent pipeline has been incredibly important and we have invested in that. We have worked with Northern Virginia Community College and they have started a data center training program in data center operations. In my department, we hired our first ever workforce specialist to ensure there is enough of a workforce going forward. We have funded different programs through the Go Virginia initiative on workforce. It has become one of our major priorities and we do recognize that we have to continue to focus on that.

Q: It's not just Loudoun County that has been able to attract data centers, but across Virginia in Prince William County and Ashburn. Do you foresee the Virginia Boom striking elsewhere?

We are years away from being able to meet that demand with current facilities. I think we're going to continue to see a proliferation of data centers. The industry as a worldwide entity will continue to grow. There is a lot of really important communities out there like California, Dallas, Phoenix, Atlanta and Boston.

Q: At DCD>New York in April, our opening plenary panel will focus on 'the shift' in capacity from New York City to Virginia. How do you see New York and other traditional hubs, responding to this shift?

A: I think every market has its different strengths, but we have to remember data centers are in a very competitive environment. When owner-operators start to look at where they are going to host their servers and build their facilities, they have to look at the total cost of operation. I think there is always going to be a place in the Greater New York area for data center sites as the market is too important.

Q: Our final plenary panel at DCD>New York in April will close out with thought-leaders across the industry making a series of predictions on the state of the North American Data Center Industry. If you had to make one prediction on capacity in Virginia what would it be?

Buddy will join us at DCD>New York on April 9-10, to discuss how New York is responding to the Northern Virginia effect.