DCD>Australia: Edge and IoT are here and now

Every company will be impacted by IoT: Jim Fletcher of Momenta Partners tells how, at the International Convention Centre, Darling Harbour on August 23-24

Edge computing and the Internet of things (IoT) are already starting to have an impact. Global advisors will tell DCD’s Australia event in August how to gain a positive benefit from them.

Australia and New Zealand data center operators need to understand how Edge computing and other digital transformation technologies will affect them. Jim Fletcher, strategy partner at global advisors Momenta Partners will address IoT and analytics at DCD>Australia, in the International Convention Centre, Darling Harbour, during a lightning keynote and panel, “Using IoT and big data in the data center: how to avoid missing the value of the ’unknown unknowns’”. 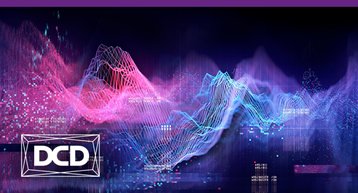 Seeing the future choice in relation to accelerating IOT technological trends as stark, Jim comments, “Almost every company is going to be impacted by IoT in some way; either in a positive way where they transform and evolve, or in a negative way where they don’t become part of the evolution”. He cites the example of Kodak and Sears as companies which followed the second path.

Jim sees ‘Edge’ as a key part of a forward strategy but cautions against presenting it as something totally new, citing smart phones, guidance systems in cars, and home gateways as existing examples of Edge computing devices.

He prefers to see current initiatives as a process of modernization of Edge through which the connection between the Edge and the core is refined. This process may involve the formation of hives - aggregations of multiple Edge nodes - bringing together multiple nodes will increase the value of the data generated. He points out also that the idea of a single Edge is flawed – there will be many edges that a core will deal with. 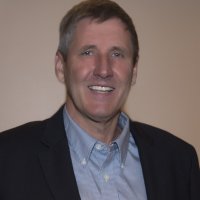 So what does the modernization of edge mean for digital infrastructure? He sees the challenge as happening when Edge solutions become more intelligent and connected to the cloud or to the data center where the horsepower will be used to analyse the aggregated data in order that the learnings from that can be shared. As this process becomes more evolved so Jim sees that the cloud will be a complement to the Edge rather than vice-versa, that there will be a lot more peer-to-peer and distributed computing with the dominant work done at the edge in near real time. Yet the models and rules of Edge computing will be derived and refined in the cloud.

Jim’s advice to businesses looking into the Edge is foremost to ask the right questions. What is the business problem I am trying to solve? How can I apply Edge? What is my key use case? These are questions that Jim will look at in his keynote and panel sessions at DCD>Australia 2018 to 550 senior IT decision makers, as well as the necessity of using analytics properly:

“One of my complaints is that people seem more enamoured with collecting and storing the data than they are with using it to get value from it. The real value of the data is based on analysis and insight, and actions generated from the data”.

Jim Fletcher is one of 30 local and international thought leaders sharing their thoughts on “The Future of Data Center, Cloud and Edge in Australia”. Featuring also more than 30 technological showcases and 2 days of conference sessions, roundtable discussions, an Edge Focus Seminar and networking activities, delegates can look forward to an unmatched networking and insight-filled event.

When asked what he is looking forward to at DCD>Australia 2018, Jim added “I really like the interaction, meeting stimulating people, to understand their business problems. It is always a learning experience for me. IoT will change so many things we do across industries - you can be part of the game or just be watching”.