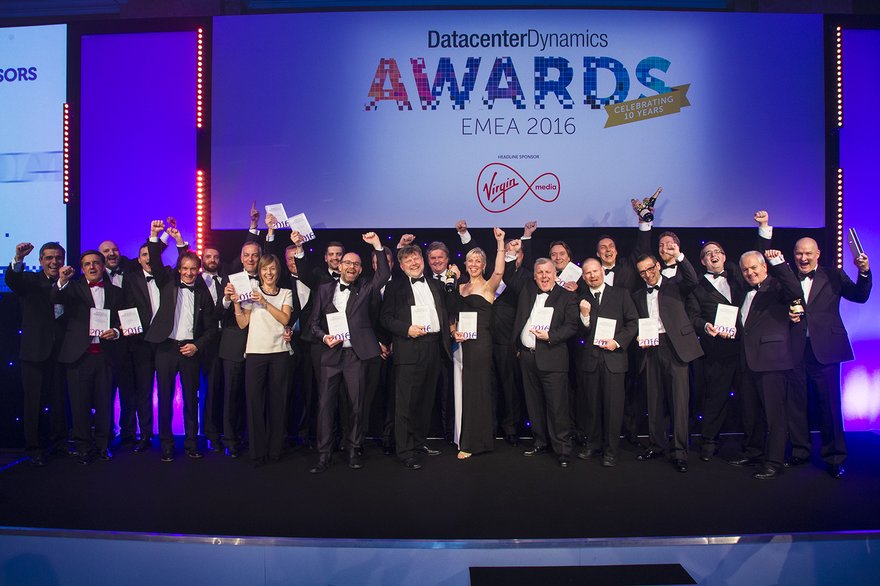 Seven hundred of the data center industry’s finest assembled for a gala dinner at the Park Lane Hilton in London tonight and were the first to hear the winning line up for the 15 categories of the 2016 DCD EMEA Awards, announced by actor and comedian Miles Jupp.

The awards are part of a world-wide series dedicated to recognising excellence in the design and operation of the full range of data center and cloud infrastructure that keeps the global digital economy and communications up and running. 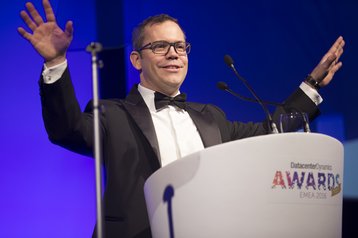 The winners this year included entries from Switzerland, Sweden, Spain, Germany, the Netherlands, Luxembourg, and the UK. New for 2016 was the Sustainable Data Center award, which went to Dutch mobile and telecommunications firm KPN scoring another success after winning the 2015 Internet Data Center EMEA award.

The prize for outstanding contribution to the data center industry was awarded to Interxion’s Lex Coors, who was present to collect his deserved award in person. The other individual awards went to Paul Harris from Future Facilities as Young Mission Critical Engineer of the Year and Malcolm Howe, who swept up the prize for Business Leader of the Year.

Representing the charity Sparks was racing driver and television presenter Tiff Needel, who saw the total amount raised for the charity over the years at the event surge through the £200,000 mark.

2017 seems set for even greater change in the industry buffeted by ever greater capacity demands and the present and growing cyber threat. But for now, take a moment to look through this year’s winners in full below and if you know them, drop them a line in congratulation!

Public procurement of OCP at CERN

12. Cloud Journey of the Year

SDL’s Machine Translation to the Cloud

14. Business Leader of the Year