Wiring up the data centers of China

Fast-growing hyperscale data centers have a huge demand for cabling

The pervasiveness of Wi-Fi and fast mobile networks has led to the assumption that physical cables are on the way out. On the contrary, next-gen wireless is driving demand for wired connectivity, particularly in high-growth regions such as the Asia Pacific (APAC).

“We need a lot of cable to set up the [wireless] networks. People have no idea of the many kilometers of cables that are used in the background. Also, the increase of wireless devices is one of the key drivers for more data and therefore more data centers that require a lot of cables and connectivity.” observes Norbert Bluthé, executive vice-president Asia Pacific area, and member of the Management Council of Nexans Group. 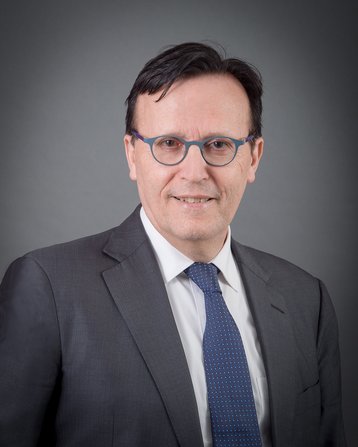 With a population of over a billion and rapidly growing affluence, one can imagine how demand for Internet services is driving the need for new data centers and network connectivity in China. And this is amply evident based on the demanding timeframes that customers expect when deploying new data centers.

“The demand for data centers is so big that you have to be able to build them in a very short period of time. Delays can result in huge costs to the customer,” says Bluthé to DatacenterDynamics (DCD). “Data center cabling that used to take two to three months to install can now be deployed in a few weeks.”

While much depends on manpower and expertise, the key enabler behind the dramatic speedup is the use of modern pre-terminated cabling solutions that replace traditional installation methods such as manual splicing of fiber optic cables.

Nexans recently wired up one data center with a total of 100,000 servers equipped with Nexans ENSPACE® pre-terminated MPO and cassettes in the span of a few weeks. With traditional manual splicing it is believed the installation would have taken up to three months if not more.

“In the framework of our ‘Engage’ program, we help our customers save valuable time while building or scaling up their data centers. We work with them hand in hand during every stage of the process, starting from design and planning to supply and hands on training,” says Bluthé. For now, he expects data usage to be buoyed by the rising popularity of cloud services, the growing number of connected devices, the imminent launch of 5G, and increasing demand for high-speed connectivity by consumers used to accessing music and movies through the cloud.

The rapid rise of hyperscale data centers has culminated in the launch of the Nexans Data Center Solutions (NDS) business unit last year. Bluthé comments on the hyperscale market: “We have highly specific requests from data center customers needing to increase speed and ease of installation in order to reduce overall cost – considerations that are not as critical to other types of businesses.”

Part of the strategy to meet these requirements revolves around research and development activities to design solutions that cater to the unique needs of hyperscale data centers. Nexans currently has two R&D centers in the United States and Europe on this front, though Bluthé hopes to eventually establish a third R&D center in China to support the business there.

“Today’s data center customers seek high-performance, high-speed but especially easy-to-install solutions that would allow them to scale up their physical infrastructure in record times. Because the time component is absolutely critical, they also expect us to supply them at short notice. With its expertise in physical-layer network and a manufacturing base on several continents, Nexans Data Center Solutions unit is able to industrialize new concepts and accompany its clients in their data center building projects worldwide,” explains Bluthé.

In the meantime, Nexans is already working with some hyperscale providers on joint research projects in China. While the company declines to share specifics, DCD understands that the focus of the ongoing projects is on applications that address real-world challenges.

Beyond data centers, beyond China

“Data centers aside, many of the general construction projects in China also incorporate networking technologies. Nexans has been involved in high-speed railway deployments, and performed the local area network cabling for around 10 airports in China just last year”, says Bluthé, “and China has planned to build more than 50 new airports as part of their latest 5-year plan for 2016 to 2020.”

“Nexans is also looking outside China, at the larger APAC region, which makes up half of the global cable market. Thanks to China’s One Belt One Road Initiative, Chinese firms are looking beyond the country’s borders – and the Chinese government has a knack of pushing ahead with infrastructure projects and initiatives that they announce”

For all the growth opportunity in China, Bluthé is also mindful of the larger APAC region. With a strong presence in South Korea, Australia, New Zealand and various countries in Southeast Asia, the company notes that half of the global cable market is in APAC.

Ironically, China’s massive One Belt One Road initiative means that the company’s Chinese customers are actively looking beyond the country’s borders – and turning to Nexans for these projects. And the Chinese government has a knack of pushing ahead with infrastructure projects and initiatives that they announce, says Bluthé.

“Today, globally, you have 44 percent of existing hyperscale data centers owned by US companies, and 8 percent owned by Chinese players,” reflects Bluthé. “We are quite sure that the Chinese will catch up with the US players.”

What’s Next? Join us at DCD>Indonesia.

Join 500 key contributors across the IT stack at The Ritz-Carlton (Mega Kuningan), Jakarta on April 5 to hear from 30 thought leaders on how to leverage the power of next-gen data centers and cloud infrastructure in response to increasing storage requirements with rapidly rising data consumption rates. Featuring speakers from Southeast Asia’s largest e-commerce company, Berrykitchen.com, University of Indonesia and more.

DCD events operate on a ‘free-to-attend, by invitation’ model for qualified end-user business executives, managers and technical professionals directly engaged with IT, data center and cloud infrastructure. If your company operates its own on/off premise data center(s), or if you are a significant end-user of data center and cloud services and are involved in technology planning, procurement, implementation, and operations, then you may qualify. Click here to find out which pass you qualify for and register for the conference.