Why Telstra is paying $700m for Pacnet 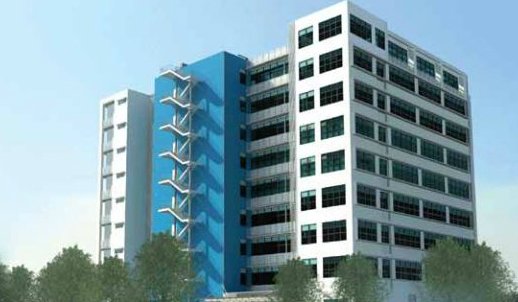 Subject to regulatory approval, the deal is expected to be completed by mid-2015, and will double the size of Telstra’s presence in Asia, according to its global enterprise and services group executive Brendon Riley. The deal is noteworthy given Pacnet’s extensive reach in Asia, and its ownership of the world’s largest private submarine cable network.

So will Telstra benefit from its acquisition of Pacnet? And why would Pacnet, which is owned by a private investor group without the pressures faced by a publicly traded company, be interested in courting a buyer in the first place? We take a closer look at Pacnet to understand this.

Extensive reach into Asia
Formed from the operational merger of Asia Netcom and Pacific Internet, Pacnet’s crown jewel is EAC-C2C, a subsea cable network that spans 36,800 kilometers between Hong Kong, China, Korea, Japan, Taiwan, the Philippines and Singapore. EAC-C2C has a design capacity of between 17.92 terabits per second (Tbps) and 30.72 Tbps to and from each of the landing countries.

Cable systems are hugely expensive projects that are typically financed by a consortium of telecommunication operators, though large IT companies are increasingly also getting into the game. For example, the FASTER trans-pacific subsea cable announced last August has Google as an investor. On its part, Pacnet says that having sole ownership of EAC-C2C sets it free of competing interest, allowing it to maintain the highest level of performance and service level agreements (SLAs).

Elsewhere, Pacnet independently operates a significant amount of the capacity in the 9,620-kilometer Unity cable system that connects Japan to Los Angeles on the West Coast of the United States. Unity has a design capacity of 7.68 Tbps, and unlike a typical cable system, offers ownership and management of individual fiber pairs. Pacnet calls its two dedicated fiber pairs “EAC Pacific”.

Its subsea network assets aside, Pacnet also operate 19 data centers spread over 15 cities in 10 Asia-Pacific countries. These are not legacy data centers inherited from previous acquisitions either; many are state-of-the-art facilities built as part of a long-term plan to establish more data centers at strategic locations in Asia. Indeed, Pacnet opened two brand new data centers in 2014: The 226,000 square feet TJCS1 data center in Tianjin, China, and a standalone SGCS2 data center at Paya Lebar in land-scarce Singapore.

A track record of innovation
If there were another thing that stood out about Pacnet, then it would probably be its culture of innovation. When we spoke to Jon Vestal, vice president of product architecture at Pacnet on the company’s use of OpenStack in September, he told Datacenter Dynamics his team was given a mandate a year ago to “shake up the market”. And that was precisely what Vestal did when his team created Pacnet Enabled Network (PEN), taking just months to conceptualize and develop it from scratch with the use of OpenStack.

Touted as a Network-as-a-Service (NaaS) platform, PEN allows customers to provision the bandwidth that they need in granularity as fine as one hour intervals. This allows customers to dial networking services and bandwidth up and down on the fly, paying for what they use via an on-demand model. PEN 2.0 that was unveiled in October added support for Network Functions Virtualization (NFV), creation of VLANs (virtual local area networks) and better security.

The fact that Pacnet was willing to talk about how it is using OpenStack was also ample evidence of a mature attitude towards innovation, and all the more so as most Southeast Asia firms tend to be publicity-averse. After all, the secret sauce behind a particular innovation is rarely the result of a single idea or technical implementation, but really the sum total of the culture and the people.

As it is, this trend of innovation and daring to go off the beaten track is hardly something new for the company. After all, Pacnet was also the first in Asia to convert part of its landing stations into data centers in 2010, using them to more efficiently exploit its existing facilities, by putting server racks right next to its subsea fiber optic cable network.

“We were the first in Asia to convert cable landing stations into data centers, including facilities in Hong Kong and Singapore,” said Pacnet spokesperson Annie Ho. “The strategic move of building a network of CloudSpace data centers next to our subsea fiber infrastructure has enabled us to offer the fastest data and content transmission available in the region.”

Why the acquisition makes sense
On the flip side, detractors will point out that the valuation of Pacnet appears to have dipped somewhat from figures mentioned in previous takeover bids, which could be a hint that the company was having trouble finding the right suitor. For example, we reported in 2012 that Indonesia’s PT Telkomunikasi Indonesia (Telkom) had expressed its interest in acquiring Pacnet at a speculated price of $1 billion, while Australia’s NT News noted that Pacnet’s equity value was $2 billion in 2008.

Yet Pacnet faces competition from regional phone companies, according to Bloomberg who first published the news of the talks that Telstra was holding with Pacnet. The same report also noted that Moody’s Investors Service had cut Pacnet’s debt rating to B3 in August last year, with $20 million interest payments due in December—though the company is profitable, it has just $30 million in cash reserves with no back-up bank facilities.

Viewed in this context, Pacnet’s acquisition by cash-rich Telstra - it has about $5 billion in cash - could give Pacnet the needed impetus to keep expanding in the extremely capital-intensive world of telecommunications and data centers.

Ultimately, there is no question that Pacnet’s infrastructure and reach is something that would be highly sought after by the right suitor. On its part, Telstra would stand to benefit from the culture and people at Pacnet, which is all the better to help it exploit the opportunities in Asia as it looks to expand beyond Australia.