Returning to the helm of Canonical, Mark Shuttleworth tells DCD why he doomed some Ubuntu projects, and why OpenStack is headed for a crisis

Talkative, energetic and wearing permanent stubble, Mark Shuttleworth is worth in excess of $200 million according to the latest Sunday Times Rich List, and yet you will often find him running around the show floor at open source events, breaking into impromptu feature demos and briefing journalists.

Shuttleworth established Canonical in 2004 to bring Linux to the masses, and in this respect, he has already won - Canonical’s Ubuntu is everywhere. It is the most popular supported Linux distribution in the world, riding high on the increasing adoption of OpenStack, the open source cloud platform.

In 2010 Shuttleworth stepped down as the CEO, making way for Jane Silber while still remaining the public face of Ubuntu. In June 2017 he resumed his duties as the chief executive – and this time he is wielding an ax. 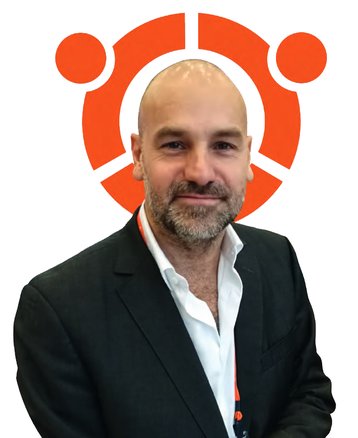 In April, Canonical announced that the Unity interface, meant to create a seamless bridge across smartphones, tablets and PCs, was being removed from Ubuntu and replaced by the GNOME shell. The Ubuntu Phone project, intended to take on iOS and Android, was also terminated. In both cases, people lost their jobs.

Shuttleworth looks visibly hurt when he talks about criticism leveled at Unity, and we saw him enthusiastically launch Ubuntu Phone in London just four years ago. He takes personal responsibility for both failed projects, and still believes in the eventual convergence of platforms. But he plans to refocus the company around cloud computing and the Internet of Things (IoT) with a long-term goal of going public, and that means making tough decisions.

“Clearly, the cloud business is a real business – it’s growing very quickly,” Shuttleworth told DCD. “We grew 90 percent in public cloud, 70 percent in private cloud. That’s much faster than our competitor Red Hat. Large companies who are users of Red Hat are opening up to become multi-OS, and buying support from Canonical.

“And then IoT looks like it will do exactly the same thing for us that cloud did, so we will maybe run on two thirds of the IoT devices out there. Already, 20 percent of smart displays are on Ubuntu.”

A few years ago, it was thought that IoT devices would require specialized versions of Linux designed to operate with very limited resources. Turns out this assumption was false. Thanks to advances in chip design and competitive pressure from companies like ARM, even the feeblest IoT boards can now run a full-fat operating system. For Shuttleworth, that means more platforms that could benefit from Ubuntu.

“The cost of running full Ubuntu is now less than $10, and it will be less than $2 by 2020. At $2, why would you spend lots of extra money to have embedded developers doing complicated things? Embedded development is intrinsically expensive, and when you’ve finished doing it you have something that you can’t change very easily.

“Our core thesis is that IoT development, embedded development becomes standard Linux development and that’s how we are positioning Ubuntu.”

The new direction doesn’t mean Canonical will sideline desktop Linux – even if there’s less money in it. “The desktop continues to be important to us because developers use the desktop,” Shuttleworth said. “So I want to make sure that there is a secure, fully supported, fully maintained, free desktop.”

OpenStack as a way of life

The data center, meanwhile, is “all business,” a lot of which is linked to OpenStack. Ubuntu is the most popular OS in open source cloud environments, especially those in production. Shuttleworth thinks all of the major technical challenges facing OpenStack have been solved, but he has been speaking out against the concept of the ‘big tent,’ the name given to OpenStack’s project structure and governance model.

“I think the challenge is in shaping the community’s mission. OpenStack has suffered, I think, from trying to be everything. And it doesn’t need to be. This is VMs, virtual networks and virtual disks on demand. Just that, done really well, at a predictable price. And that’s a fantastic mission.

“We do well because we are very clear about that mission. There are lots of other communities where you can go and talk about machine learning or containers or big data or real-time monitoring. This is a community where you can get virtual machines, virtual networks and virtual disks.”

Shuttleworth thinks that the collapse of the big tent is inevitable, but that OpenStack itself will survive. As for the managed private cloud business model, announced at this year’s OpenStack Summit? Canonical has been doing just that for the past two years.

“What that really means is that the institution can consume both public and private cloud as a service. They can price it, they know exactly what it is going cost them. If they want to buy the racks, then the racks will cost them $15 per server per day for OpenStack that’s provided by Canonical. If they buy public cloud then they get a price per VM per hour – that’s easy to work with.”

Another big play for Canonical is data center automation. Rather than adopting third party tools, the company created its own with Juju charms and Metal-as-a-Service, or MAAS, dealing with software provisioning and with physical servers.

“If you want a data center that runs itself, MAAS is the right place to start. It doesn’t do everything yet, but it really is bringing those pieces together,” Shuttleworth said.

MAAS is relatively new, but it clearly shows where Canonical sees its future. It doesn’t really need to appeal to consumers, not when there are billions of enterprise devices that require an operating system.