Colo and cloud providers move beyond the east coast

Sometimes, it feels like everyone is moving to the cloud.

While that isn’t exactly true, with the cloud loudly proffering to offer more sustainable, cheaper, easier, quicker - better - IT services, it is unsurprising that so many are heading to the hyperscalers.

In other words, the Great Aussie Migration to the Cloud is looking good. Money is being thrown at the problem, and we are regularly seeing new agencies joining the list of those on the cloud.

But it has not all been smooth sailing. In the Australian Government’s Digital Transformation Agency’s ‘Secure Cloud Strategy,’ several obstacles and hesitancies were identified, including a lack of ‘common understanding of the cloud’ and ‘no confidence in how to meet compliance obligations.’

Concerns around data security when it comes to cloud computing are nothing new, and that this is a felt experience for the Australian government was only emphasized by the Global Switch Exodus. 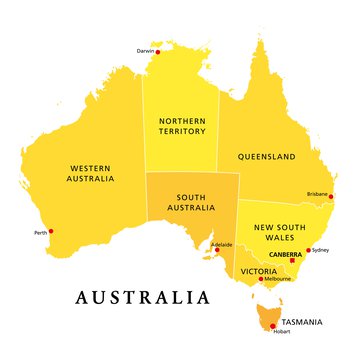 In August 2019, China’s Shagang bought the final quarter of Global Switch, making the cloud operator entirely under Chinese ownership. With many nations boycotting Chinese-owned technology and data services, this had a negative impact on the Australian Government’s trust in remaining with the provider.

In 2017, the Aussie Department of Defense exited the Global Switch facility (and went on to sign an AU$109.4 million (US$76.8m) contract with Data#3 for Microsoft Azure Cloud services in August of this year), and in July of this year, the Department of Home Affairs, the Australian Securities and Investments Commission, and the Australian Communications Media Authority officially broke their relationships with Global Switch off. The end of an era.

Richard Burley, CCO of DCI Data Centers, an Australian Government-Certified Service Provider, admitted that the Global Switch departures were not bad for other cloud providers, including DCI.

“We're part of the Commonwealth hosting certification framework and we're listed as certified strategic,” Burley explained. “Therefore, one must be a low-risk entity. Because our end/beneficial investors are predominantly Australian, British, and North American, we tick that box.

“Then we agree to operate our facilities within the stewardship guidelines of the commonwealth, in return for which our facilities are permitted to be used by the public and private cloud service providers for all classifications of government use.”

However, is not only data sovereignty and compliance that offer an obstacle to the widespread adoption of the cloud.

In fact, according to Burley, it is geographical.

“If you look at cloud-ready certified data centers in Australia, they are 40 to one located on the eastern seaboard in number and capacity, but the Australian population is six to one. The purpose of our business is to bring the cloud to the Edge, and by that, we mean to bring it away from the eastern seaboard concentration and more to the west of the country, and that explains why we started in Adelaide.” 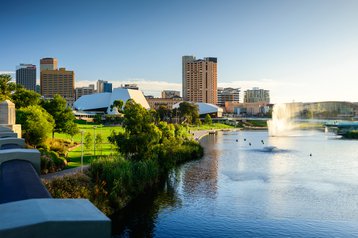 Adelaide, located in South Australia, places it almost directly in the middle (width-ways) of the center of the country. While by no means ‘west,’ it is west of the cloud hotspots in New South Wales and Queensland.

DCI already offers a colocation data center in Adelaide, ADL01, but what they are currently working on are two cloud facilities: ADL02 and ADL03.

“We have an existing facility, ADL01. Next door is the ADL02, which will in fact be a twin to ADL03 in Mawson lakes," Burley said.

This decision is strategic. With the South Australian government already hosting some IT equipment in ADL01, having a cloud provider just next door is ideal, as well as having another facility to back it up, just 14 miles away in Mawson Lakes.

“It [ADL02] is a 4MW box with two halls, and 2,350 square meters of floor space. The PUE is 1.2, and that's even at very low loads. We have 800 racks, and it's designed to comply with cabinet security accreditations.”

It is not only DCI that is expanding its footprint in Adelaide. Companies like NextDC and CDC are also setting up sites in the city.

A dramatic expansion of any kind has sustainability concerns. In Australia, this is somewhat mitigated by a grid highly subsidized by green energy (in Adelaide, it is primarily wind power), but that grid is also highly compromised. 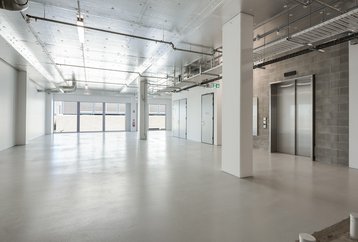 Climate change has exacerbated the already tempestuous weather in Australia, and the country is plagued by extreme weather incidents like storms and wildfires. For example, on December 12, 2022, more than 2,500 customers reported a blackout in Sydney as a result of a massive storm.

Data centers themselves are built with these incidents in consideration. According to Burley, DCI facilities are all constructed with a ‘TVRA’ in mind: a Technology Vulnerability Risk Assessment.

“We make sure we build in above the one in 100-year, or one in a 200-year flood zone. Particularly in Darwin, there are storm surges, so we're building above the 120-year flood zone. We always have regard to bushfire risk, and so you tend to find a lot of exclusion zones and barriers to building in bushland.”

But while the data centers themselves are strategically located, the grid is liable to outages, and this is a huge obstacle to DCI.

“For us, the greater issue is the variability of the grid," Burley said. "In Australia, there's a good bit of instability occurring. And so, in Adelaide, we maintain the 72 hours of backup generation on-site fuel.”

This has been particularly necessary in the last month. South Australia has been experiencing the ‘worst statewide blackout since 2016.’ According to ABC, gusty winds, heavy rain, and 423,000 lightning strikes caused widespread damage to power lines across the state, leaving more than 34,000 people without electricity. Fortunately for DCI, their Adelaide facilities have not yet been affected.

The resulting floods are still having a significant impact on the grid, and as the state enters its sunny season and the risk of bushfires again goes up, this instability is unlikely to be resolved just yet.

Despite this, the data center industry in Australia remains set to expand over the coming years, particularly for the cloud.

Government agencies cannot consistently and successfully implement a cloud-first strategy until the cloud infrastructure exists at the regional Edge of the major cities in Australia. Until the over-concentration problem is overcome, we can expect to see continuing massive growth, regardless of how well the grid can support it.