The Australian Government's leap into the cloud

What next for the cloud-first policy of Australian government agencies?

This represents a significant departure from the original cloud computing policy that was released in 2013, which contained guidelines to streamline the procurement and migration to a cloud platform, but stopped short of mandating it.

As it is, non-corporate Commonwealth entities will now be required to use cloud services for either new ICT services or when replacing existing ones, assuming that prerequisites such as suitability, value for money, security and manageability are met.

The move makes for a worthwhile case study for government cloud adoption in the region, especially when you consider that cloud adoption is growing faster in the Asia Pacific than in North America and Latin America. 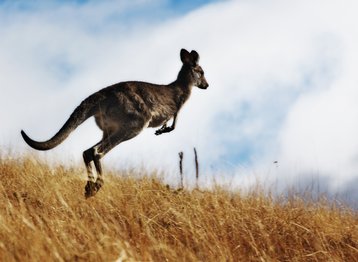 Why did the government feel the need to enforce a cloud migration? The cloud market in Australia is considered to be mature, like others such as Switzerland, Sweden and Spain, with DCD Intelligence (DCDi) reporting a cloud infrastructure growth of 35 percent in 2014.

Unfortunately, it seems that cloud use in government is severely lagging. While federal government spending on IT is expected to reach around AU$6 billion each year, the procurement of cloud services in the federal government’s tender system is a minuscule fraction of this - just AU$4.7 million since July 2010.

This was surely a pivotal factor that pushed the Australian government to adopt concrete steps to tap into the greater capabilities and efficiencies offered by the cloud.

There are politics too, and technology became an issue during Australia’s 2013 elections. The National Broadband Network (NBN) was a key issue in the campaigh, and ‘fiber to the node’ and ‘fiber to the home’ were hotly debated topics, Nick Parfitt, the lead analyst for the Asia Pacific, DCDi told us.

“In Australia, ’government’ is a complex entity, including three main levels of administration and colored politically by the two major parties,” explained Parfitt, who is based in Brisbane, Australia. “That the politicization of technology can occur cannot be doubted after the continuing appearance of NBN in the lead up to the 2013 election.” During the election,

It’s not just about cost, says Bob Sharon, the founder and CEO of Green Global Solutions: “In my opinion, it’s not as simple as ‘give me X for the lowest price’. This is more complex and involves a complex value proposition that goes beyond the norms of product and procurement standards of government - which always goes for the cheapest as long as the boxes are ticked.” Green Global is based in Australia with offices in New South Wales and Victoria – as well as a newly set up office in Singapore.

Ultimately, the inherent challenges of migrating an on-premises deployment to the cloud shouldn’t be overlooked too. After all, the time-honored adage of “If it ain’t broke, don’t fix it” means that IT professionals are more than happy to keep the same systems running year after year. And unlike the business sector, government agencies typically have less motivation to seek greater cost efficiencies – an inertia which the new policy attempts to resolve.

Getting the ball rolling

As it is, one can no longer deny the very real benefits that the cloud has been proven to offer. Sharon ran through a lengthy list of benefits, highlighting the ability of the cloud to help organizations achieve massive carbon footprint reductions, gain in productivity and efficiency, as well as reducing risks and costs. When it comes to business processes, Sharon pointed out that the cloud can offer a way for organizations to better align business processes to meet the needs of client engagement, gain greater business agility, and acquire the requisite flexibility to meet the changing market.

They will adapt in the end. But they will be followers rather than leaders in Australia

This is where the cloud computing policy stands out. Not only does it mandate a cloud-first approach, but it also lays out a framework to assess, evaluate and determine the suitability of a cloud service. This extends to the implementation of the cloud, post-implementation monitoring, and a post-adoption review.

To further ease the transition, the government also rolled back a dual ministerial approval process that had previously been required for agencies to offshore their cloud IT infrastructure, making it such that only the authorization of their own agency head is required. While this may sound counterintuitive at first blush, the greater laxity can translate into significantly more options and flexibility when it comes to choosing cloud providers that are not based in Australia to host non-production data – similar to what is being practiced by the commercial sector in the country.

Finally, a cloud services panel was also set up earlier this year, which will serve as a non-mandatory procurement mechanism for Government agencies to access cloud services that include software, platform, and infrastructure as a service without agencies having to individually perform a costly full market evaluation. This makes sense considering the sheer number of “me too” cloud services, and goes a long way towards sieving out untested providers. 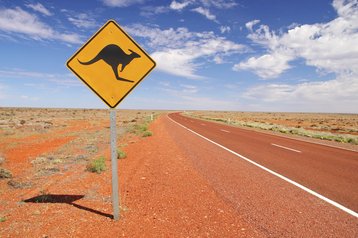 Moving in the right direction

So how did the cloud computing policy pan out? While the consensus is that it is still too early to tell whether the Australian Government’s move towards cloud will be met with success, the mood is certainly optimistic.

“They will adapt in the end. But they will be followers rather than leaders in Australia,” said Sharon. On his part, Parfitt pointed to positive progress that he has observed: “There appear to have been mostly ladders and just a couple of snakes – mainly of the security kind.”

Ultimately, it does not make sense for Government agencies to rush to move their existing IT infrastructure to the cloud. Instead, the rational approach would be to wait till existing service contracts asre running out  before evaluating the options. Yet the push courtesy of the cloud computing policy means that the move towards the cloud will be an inexorable one in Australia.

“The cloud will grow in leaps and bounds,” said Sharon. “With good planning and the right people, the journey can be made relatively painlessly.”

The next DatacenterDynamics Converged conference in Australia will be held on 3-4 August 2015 at the Australian Technology Park in Sydney. You can sign up or request for more information here.