Special purpose acquisition companies are shell companies that are listed on a stock market. Known as blank check companies, they are empty companies with large amounts of capital that list on the stock market specifically to merge with another company.

Broadly speaking, investors group together and fund (or sponsor) an empty company which then goes through an IPO. That SPAC finds a target (known as an operating company) merges with it, and it becomes a "deSPAC." Operating companies get to avoid the high fees and lengthy steps of the usual IPO process and the SPAC investors get a large equity slice of the newly public deSPAC.

Though they have been around since the early 1990s, SPACs have only recently become a major trend; the 248 SPAC IPOs in 2020 was more than the previous 10 years combined. 2021 has already seen almost 300 SPAC IPOs raise almost $100 billion. This is driven in part by market volatility in the traditional IPO coupled with low interest rates.

“With the pandemic, private companies needed capital, and raising funds through SPAC transactions is one of the best and most suitable ways to get such capital,” says Evgenii Tiapkin, executive director of Freedom Finance Europe. “Getting ready for a regular IPO requires time, from a few months to a year, while creating a SPAC is much easier and can be completed in just three weeks.”

“SPACs changed a lot and are now a very viable IPO alternative for many private companies. Although they can't replace traditional IPOs, they can provide more flexibility and efficiency, and this is why some companies choose to go public this way.”

The SPAC hype had largely avoided the data center industry. Until this year, Vertiv’s 2019 merger with GS Acquisition Holdings Corp was the only such merger of note in the space, and mergers in data center adjacent industries were far more common.

However, 2021 has seen the SPAC industry make more moves into the realm of data centers, both as acquisition targets and to lead the new shell companies being listed. Ex-Telecity CEO Michael Tobin is reportedly seeking to launch a new $250 million technology SPAC in Amsterdam with the help of Torch Partners investment bank, while CyrusOne’s former CEO and CTO Gary Wojtaszek and Kevin Timmons are both part of the leadership team for InterPrivate IV InfraTech Partners Inc.

For operating companies, Series C, D, and E funding rounds have almost converged with SPACs as just another way to raise capital, says Randy Pond, CFO at Edge computing startup Pensando. SPACs are just continuing to move broader in the market. For technology companies like us looking for growth money, it's much easier than an IPO.”

There are more SPACs out there looking for data center targets; the likes of Power & Digital Infrastructure Acquisition Corp, and Prime Impact Acquisition I, lead by former Western Digital execs Michael Cordano and Mark Long, are actively looking for targets in the space. Dish founder Charlie Ergen’s Conx and the Timothy Donahue-led Cerberus Telecom Acquisition II are hunting in the telecoms sector. There are also a number of real estate SPACs on the horizon from the likes of CBRE and Benchmark Real Estate Group.

And while the SPAC trend is largely concentrated in North America, investors are ready to look further afield if the pool of quality targets in the US begins to dry up.

“Interest has increasingly turned to Europe, Asia, and other regions, as a fruitful place to look for targets,” says Rob Brown, founding partner, CEO, Clearthink Capital. “Even SPAC that originally focused principally on the US generally maintain the flexibility to work in other jurisdictions and frankly to look in other verticals.”

“As long as that capital is willing to back the structure they're going to keep creating more SPACs. Even in this environment, we're hearing from capital markets professionals that every SPAC is oversubscribed anywhere from five to seven times.”

Is the SPAC boom sustainable? 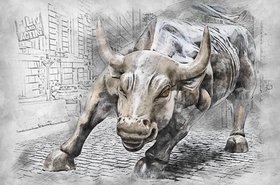 What data center firms need to know about SPACs

Special purpose acquisition companies are looking to merge with companies in the digital infrastructure space. So what's the appeal for operating companies?

For some data center companies, the appeal of a relatively quick and cheap injection of cash and listing might be appealing. But will the bubble burst before it can make significant waves in the sector? Previous SPAC booms in the 1990s and prior to the 2008 crash were known for ‘pump and dump’ investors looking to make a quick buck.

There are still risks that is could bottom out. SPACs have 18-24 months to find acquisition targets; if it fails to merge it must liquidate and return money to the investors minus IPO fees. Though there have been more deSPACs and less liquidations in the recent boom, this pressure to find targets could result in some subpar targets or SPACs merging with companies in sectors leadership has no experience in; an issue potentially compounded by the fact SPAC IPOs are currently outpacing mergers.

The arrival of industry heavyweights like Goldman Sachs, KKR and BlackRock, and increasingly focused SPACS is a good sign, even if an influx of ‘celebrity SPACs’ led by the likes of former NBA and NFL stars Shaquille O’Neal and Colin Kaepernick indicates to some the market is over-hyped.

David Solomon, the CEO of Goldman Sachs – which invested in a large number of SPACs in 2020 and 2021 – has questioned if it’s a bubble, saying in January he didn’t think current SPAC issuance “was sustainable” in the medium term. Charlie Munger, vice chairman of Warren Buffett’s Berkshire Hathaway, said the world would be better off without them and “this kind of crazy speculation... is a sign of an irritating bubble.”

Despite this, Clearthink’s Brown says the SPAC has become a ‘more accepted structure’ than in previous years.

Having been involved with SPACs since their inception in the early 1990s, he thinks the institutional acceptance of the structure that wasn’t there in previous waves means it will evolve to and eventually look very similar to the ‘regular IPO’ cycle.

“Hedge funds and other institutions can't be paid when they're holding unemployed capital,” he says. “SPACs lets them deploy that capital; it's still in treasuries because of the structure of the SPAC and they can collect fees, so it's very positive from a hedge fund standpoint.”

On the funding side, SPACs can be thought of as closer to an investment vehicle for investment firms; private investment in companies going on in public. In a recent analysis of SPAC investment returns, Loup Ventures likened SPAC investment to venture capital funding in public markets in that greater returns are funneled through a few big winners which offsets losses elsewhere. Many of the companies going through SPAC mergers today are ‘pre-revenue’ or even still in the concept stage, which means little chance of profits for years to come.

“The SPAC market is now broadened out and some of the traditional reputable players are now sponsoring SPACs,” says Pensando’s Pond. “The quality of the investor has gotten better – these are not pump and dump guys – and they're choosing wisely amongst the markets.”

“They're taking some long shots, but I don't think these guys wouldn't be putting the kind of money that they're putting behind these things if they didn't believe that were real,” he says. “They’re making bigger bets but they're now demonstrating that these things have sustainability.”

Pond warns that although experienced institutional investors can “winnow out the weak links," the market is still ‘kind of goofy’ at the moment and could have a “day of reckoning,” especially for some of the companies that are still pre-revenue ‘science experiments.’

“We won't really know whether some of these gigantic market caps can actually stand up to the scrutiny for multiple years of no revenue until we get a little more time under our belt.”