Sky lasers and the world of tomorrow

After years spent in military labs, laser communications satellites are ready to provide an alternative to submarine cables

At the British Interplanetary Society’s 2014 Reinventing Space conference, the presentation on satellite-based free-space optics consisted of two people, talking about a potential future to come, should the right funding be found and crucial technological advances be made.

Two years later, the same panel was overflowing, with event organizers struggling to fit in placards with the speakers’ names, as representatives from around the world crammed the stage.

The message was clear: The industry had seen the light.

And, in that packed room in London, some argued that those in the data center industry would see it soon too.

“It has always been the tech of tomorrow, but it is ready now, for today,” said Dr Donald Cornwell, director of advanced comms and navigation at NASA. 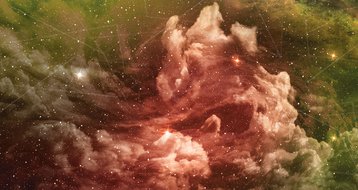 The Internet of the heavens

The futuristic idea being discussed was that of using lasers to transmit data through free space, be it air or an actual vacuum, rather than through glass or some other medium. Data is beamed up from the ground to a satellite, then sent to another satellite, and back down to somewhere else in the world.

Until now, free-space optics has been the domain of the military, most notably in the form of the proposed $12-18 billion Transformational Satellite project that aimed to launch five satellites capable of transferring 10-40Gbps.

With the military facing budget cuts and ongoing conflicts in Iraq and Afghanistan, TSAT was canceled in 2009, but the work on the project did not go to waste.

“We got the benefit of that investment, because several of the vendors who participated in TSAT are our vendors now, and less than 5 percent of our overall budget is for R&D - 95 percent is for commercial off-the-shelf technologies,” Robert Brumley, CEO of Laser Light Communications, told DCD.

Brumley’s company has ambitious plans for the technology. It aims to place 8-12 satellites in Medium Earth Orbit at roughly 10,000km up, each of which will have four intra-satellite links of 200Gbps. “Two looking forward and two looking back to satellites in each direction, and then there are six laser heads looking down, five of which will be used and a sixth one as a spare,” Laser Light’s Ove Ericsson explained.

“The way most data travels today is on submarine cables between continents, and the issue with that is it’s a developed market phenomenon - most of the cables run sort of East-West in the northern hemisphere before they go South,” said Jim Poole, VP of ecosystem business development at Equinix.

Removing the various steps and winding pathways that make up a fiber network is not the only reason satellite networks can be faster - light travels roughly 31 percent slower through standard fiber optical cables than it does through a vacuum.

Even small improvements in latency are already proving enticing in transatlantic cables: “A lot of the banking industry bought capacity on the Hibernia Express at well above normal transatlantic market rates, just because Hibernia specialized in building a system that connected London to New York at far less latency, and they made quite a bit of money doing that,” Poole said. “So this is a very comparable scenario.” 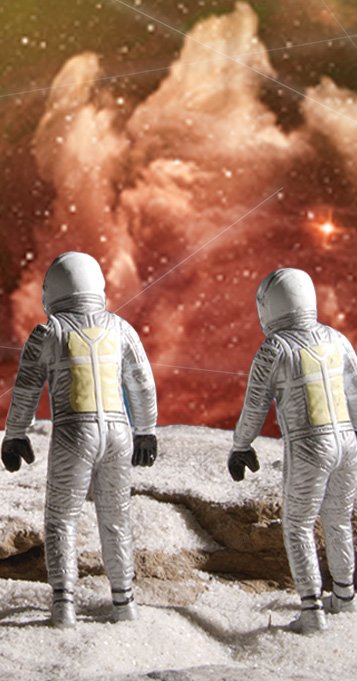 How do you tap light?

Another potential benefit for customers is cyber security. “We all know what submarines are capable of doing in terms of intercepting submarine cable systems,” Ericsson said.

“Cables can be tapped, but if somebody blocks the laser, it gets highly noticeable,” Equinix’s Poole added.

This is key to the free-space sales pitch, Brumley said: “For banks that are concerned about transaction security, it would be better than anything they have now, and for media companies that are worried about their intellectual property, it would again be the most secure network they could buy.”

The difficulty of intercepting or jamming laser communications technology has piqued the interest of the military-industrial complex.

He added: “Some of the places that we’ll be asked to operate [drones in] in the near future will have significant jamming environments, and we will find ourselves with very limited ability to use our traditional RF or even Ku/Ka Satcom.

“As we start operating our aircraft over large expanses of water, we find ourselves somewhat limited, especially as we make transits through the Pacific region.” Free-space optics could present a solution - unjammable, untappable and able to connect to drones as they fly across the ocean, hundreds of kilometers from any other communications system.

Brumley told DCD: “I know for a fact that our government in the US is very interested in it, they have several requests for information about optical for a variety of different uses - drones, terrestrial communications, battlefield communications.”

Another important security feature is that lasers can’t be cut, said Brumley: “Submarine cables have cuts, whether it’s anchors carrying them up, or sharks chewing on them.

“The Chinese and Russians are making a big deal about having cable cutting ships and have actually displayed them.” 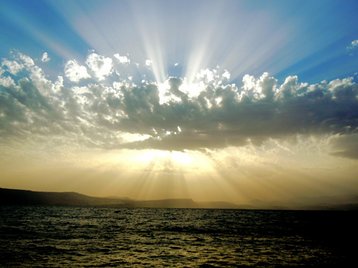 Good for The Cloud, bad with clouds

There is, however, one crucial weakness to laser communications, said Ericsson: “Lasers don’t like clouds.”

As light cannot penetrate cloud cover, the system has to reroute around areas where the weather is overcast and hostile to data transfer.

Brumley said: “So as the weather changes, the network is instructed to seek the shortest route and the lowest latency. And it does it based on thousands of weather sensors and monitors around the world, measuring atmospheric conditions, wind, and water vapor, etc.”

The data from the sensors will be collected for three years before the full constellation is launched, which the company hopes will give the machine learning and deep learning algorithm enough time to learn how to manage the network “and then once we turn it on it will run the network itself.”

The company plans for several ground nodes in “about 20 regions globally, and then within the regions, which are SD-WAN based, there is a lot of fiber to connect those,” Ericsson said.

Equinix has signed a deal with Laser Light to install one of the ground nodes at its DC11 International Business Exchange data center in Washington, DC.

“The aim is to test the SDN aspect of the system. The first ground node will either sit on the roof, or we’ll erect a tower next to the facility,” Poole said.

Should the test, an upcoming trial on the International Space Station, and the rocket launches starting in 2018, all prove successful, the companies hope to roll out the ground nodes to other Equinix facilities around the world.

Neither Equinix nor Laser Light believe free-space optics will ever rival submarine cables as the primary method of cross-continental data transfer, but Brumley was still keen to point out the value of even a small fraction of that market.

He said: “With just this first constellation, we can do over 5 Petabits of distribution a day, and we can do 1.5 Exabits a year. That’s about one percent of a market that is in the hundreds of billions of dollars - not a bad place to be.”

He added: “We’re not a kilobit or even a megabit transportation platform, we’re a gigabit and terabit transportation platform. So we’re looking at large corporates, enterprises and governments who have huge amounts of data that have to get to other places in the world, some in economic centers, and some in the middle of nowhere. They can’t wait an hour for a download, they need it now.”

There are greater plans to follow: “We have a development program with an idea of moving our 100 Gigabit links to 1 Terabit links. So our next constellation could move from a 7.2 Terabit system to a 72 Terabit system.”

He is not alone in dreaming big. NASA’s Dr. Cornwell said: “If we wish to bring back a Google Map at 30cm resolution from Mars at just 1 bit per pixel, using the best Ka band system ever, it would take nine years to bring that data back. A 250Mbps laser link could do that in nine weeks. That’s a system that we’re working on.”

Should human life on Mars ever become a reality, it is this technology that would keep our two worlds connected.

Poole said: “You would have a constellation of satellites around Mars that would talk to the constellation that sits around Earth. It really blows your mind when you think about it.”