Amazon is building fast in Asia, because cloud benefits could be particularly significant in the region

With a value pegged at more than $200 billion as of last year, the public cloud can no longer be said to be in its infancy. In the Asia Pacific region, cloud juggernaut Amazon Web Services (AWS) is building an unprecedented network of cloud infrastructure in anticipation of growth, with new regions in South Korea and India opened in the last year to complement existing regions in Singapore, Japan and Australia.

How can modern enterprises take full advantage of the cloud, and what can they learn from the best practices and strategies that have evolved over the last few years? DCD spoke to Simon Elisha, head of solution architecture of the ANZ public sector at AWS.

Why move into the cloud?

Among the benefits of moving into the cloud, Elisha particularly emphasized the elimination of “undifferentiated heavy lifting” - important generic tasks which ultimately don’t help the company stand out from competitors.

“This is really about taking away the kind of day-to-day technical work that has to be done, but doesn’t make a big difference to the business,” he said, pointing to activities such as patching servers, managing databases, or beefing up storage capacity. “When you move to the cloud, you spend time on more useful things like adding new features, capabilities and optimizing the business process.”

Moreover, the cloud approach also greatly speeds up the pace compared to a traditional IT deployment. Elisha explains: “By moving to the cloud, businesses can do things so much faster than before. What used to take six months now takes six minutes; what used to take four weeks now takes just 30 seconds.”

And because digital assets are easy to replicate, the cloud also offers organizations the tantalizing possibility of going global with a few clicks of the mouse as opposed to the extensive travelling and a lead-time of weeks and months under the old paradigm. This means that growing businesses in Asia can use the cloud to quickly move into international markets. 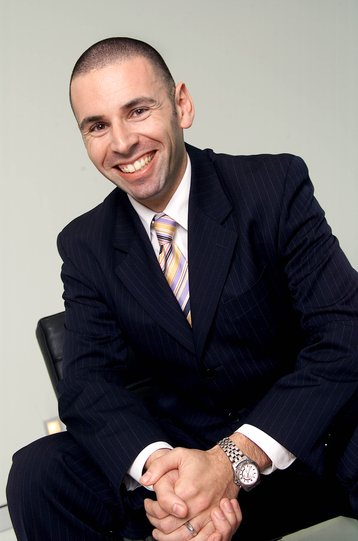 The other advantage of the cloud may be less obvious to those new to it, and revolves around how the cloud offers a far greater margin for error over traditional IT. Unlike on-premises hardware that organizations are “stuck” with for five years or more, the cloud incorporates the inherent ability to quickly roll back any mistakes or wrong assumptions with regards to provisioning.

“With the cloud, mistakes can be easily undone. It’s a click of a button to do or undo something. You can move quicker, and spend less time on the decision cycle,” said Elisha. This means an end to multi-months evaluations that suck up precious time and energy from employees, and making under-provisioning or overprovisioning a thing of the past.

Indeed, organizations can start with zero assumptions, and scale up only when necessary. He said: “When you are in the cloud, you have the resources you need, when you need them. When you have a very successful marketing campaign, you can [continue to] serve your customers effectively and not worry about capacity.”

But perhaps the biggest impact of the cloud would be how it gives organizations the chance to reevaluate their IT deployments, and the option to do things differently. Elisha describes it as an opportunity to “reframe IT” and refine an existing architecture for either higher performance, or lower costs.

The cloud is an opportunity to reframe IT

One example from Elisha: the solution architect of a public-facing mapping firm planning a migration to AWS realized that the existing site could be refactored as a static website delivered on Amazon S3.

With no servers to deploy and maintain, the project was successfully implemented within three weeks at a monthly cost of $2,000; far quicker and cheaper than the projection of 24 weeks and $18,000 per month for the initial plan of a “lift and shift” into the cloud.

A common misconception is the idea that all cloud platforms are the same, says Elisha. However, different cloud providers offer different types of services and capabilities, and have dissimilar scaling limits that may impact or help a specific use case.

“Going to the cloud is choosing the cloud provider that will best suit your use case. It’s important for IT professionals and system engineers to dive more deeply into what they are doing, rather than scratching the surface with a bunch of random features,” he said.

Read about common mistakes with AWS cloud deployments, tips for successful cloud migration, and how to successfully roll out complex, hybrid deployments in our follow-up report that will be published in the show guide at the DCD>Zettastructure conference in Singapore next month.

DCD>Zettastructure will gather 1,500 senior IT and data center professionals at Marina Bay Sands Singapore on 20-21 September, as part of SE Asia Datacenter Week. More information on the multi-track conference program and the expo can be found online. For more information, visit: http://www.dcdconverged.com/conferences/singapore-2017