Rising operational costs have emerged as a top concern for the data center industry in the Asia Pacific (APAC) this year, according to a study by Nick Parfitt, senior global analyst at DCD, and this rings true for both in-house and colocation providers.

This is one of the key findings in DCD’s 2019 annual Asia Pacific Data Directions Survey, which looks at the progress of data centers and cloud in the region. 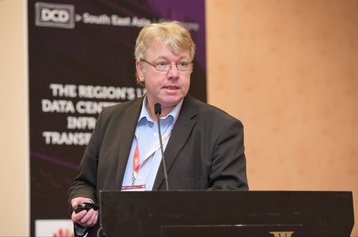 “Operation costs has always been at or near the top, but now they are at the very top by a considerable margin. The cost of IT, the cost of operating data centers has been a primary concern in every survey that DCD has done in the last 15 years. Yet a new set of reasons are emerging for the increased level of concern,” Parfitt said.

He suggested that concerns over operational costs among enterprise stems from the increasing importance of digital infrastructure and rising OPEX as workloads shift to the cloud. Increased reliance on data centers and the impact of digital transformation also means that associated risks of failure to the business are higher and need to be invested against.

“One of the reasons that the cost of operation is greater is because the risks are greater as well. The cost of not operating correctly are now greater than before. And the fact is that so much is done over the network means that the number of dependent parties is also far greater,” he said.

Home to more than four billion people, and some of the world's fastest-growing economies, APAC has the largest variation between the maturity of the data center markets within the region. While the sheer diversity of the region means that making predictions here makes less sense than elsewhere in the world, Parfitt offered his take on several developed and emerging markets.

“There’s a very high level of cloud deployment in two markets: Singapore and Mainland China. Singapore is a genuine hub that carries a lot of data capacity for companies from other places and has very low levels of in-house data centers,” he said.

“China is a huge market and you probably can’t generalize across all of it. The bulk of the data center deployments are in the Eastern and Southern parts of the country,” Parfitt said. He noted a slight uptake in the development of in-house data centers, which he attributed to a growing interest in hybrid IT deployments and the emergence of large enterprise companies operating their own data centers.

More established markets, like those in Australia, New Zealand and Northeast Asia, tend to have an even mix of deployments across in-house facilities, colocation data centers and the public cloud. In-house data centers are declining in these regions, while cloud adoption is rising.

Finally, the fastest-growing markets can be found in India, Indonesia and Southeast Asia. While these areas still have the highest ratio of in-house data centers, the number of such facilities is declining. At the same time, the uptake of cloud services and outsourcing does depend on businesses’ confidence in the colocation facilities and cloud options available to them.

Parfitt doesn't expect to see in-house data centers go away completely: “What research there is indicates is that in-house data centers have a role, and in part because of issues of security and trust. [In some APAC markets] you now have companies that have sufficient footprint to actually be able to justify their own data centers.”

According to Parfitt, the largest markets in the APAC, specifically China, India and Indonesia, have already experienced the impact of wireless connectivity and the ubiquity of smartphones. There is still room for growth, and this year’s report noted that India is joining China in developing a critical mass of technological innovation supported by the necessary capacity of digital infrastructure to move into a regional leadership role.

“You don’t necessarily need a huge new data center [to support digital transformation], but you do need a high-density deployment at the edge,” he said, noting that edge deployments are of great interest here.

“Edge is seen as the key to digital transformation, IT efficiency as well as cost. You are looking at a changing model of IT delivery. It goes beyond the data center and into the area of digital infrastructure [and] taking that model forward.”

The team at DCD have spent the last couple of months planning some exciting things for you to help you have a rewarding and productive year with us. We’re seeing a surge in demand across Asian markets and have seen growth predictions that see the market grow at 27% per year over the next four years.

This ever-changing and ever-growing market calls for exciting times ahead and has enabled us to create a unique content-driven model for engagement that our 2019 events portfolio will be reflective of.