Data centers don’t have to depend on the utility grid any more. They can seize power and generate their own freedom

Despite all the discussions on renewable, green and environmentally friendly power sources for the data center, the bottom line is reliability. Without a reliable power source you cannot have a reliable data center – it’s as simple as that.

Some data centers generate power for their own use, and occasionally for sale back to the grid, but the vast majority rely on the public grid. When providers such as Google and Microsoft invest in solar and wind power, they are offsetting the less green alternatives they actually use.

That being said, there are smaller-scale technologies that are having a direct impact on providing power in the data center; these include fuel cells, micro turbines and flywheel power.

Fuel cell technology isn’t new: the first fuel cells were constructed in 1838, but it took 125 years for the technology to come into wider use, when it found a home in the American space program, providing power for everything from satellites to manned spacecraft.

The average person probably became familiar with the term when an oxygen tank that was supplying a fuel cell exploded on Apollo 13 – the seventh manned mission from the American space program – and people were drawn to the life and death drama that ensued (either in real life or in the 1995 blockbuster recreation by director Ron Howard).

Fuel cells generate power from the chemical reaction of positively charged hydrogen ions with an oxidizing agent (most commonly oxygen).

For a long time, attention in the data center world has been drawn to Bloom Energy, the best known of the fuel cell providers. From installations in Google’s headquarters in California, to a 50MW installation next to Apple’s Malden, North Carolina, data center, to eBay’s desert data center powered completely on the fuel cell energy, Bloom has been able to keep the concept of fuel cell power a viable one, despite the fact that the energy generated by the fuel cells is usually more expensive on a per kWh basis than that drawn from the public utility grid. A smaller startup in the business, Redox Power Systems, is building a standardized one-meter cube that can be used for general-purpose power, not just the data center, which should help to push installation and deployment prices down.

Fuel cells check all the boxes for green, renewable, eco-friendly power sources (they can “burn” biogas). And the economies of scale will continue to drive the cost of fuel cell produced power down. What may really push fuel cells into the data center, however, could be Microsoft’s experiments with an in-rack fuel cell.

In this model, a fuel cell is installed in a rack where it provides rectified DC power to the IT components in the rack. With no costs for power conversion or transport, the cost of delivering the power to the IT load drops significantly. The technology remains expensive to deploy in this model, and that cost is the primary roadblock to adoption.

However, what this particular fuel cell technology may have going for it is edge computing and the Internet of Things (IoT). The IoT aims to connect everything, and this requires small, local servers. Micro data centers consisting of a little more than a rack or two of IT and networking equipment may be needed in hundreds, if not thousands, of locations. A self-contained fuel cell model that simply gets hooked up to a local liquefied natural gas (LNG) supply could significantly simplify the deployment of these edge micro data centers. 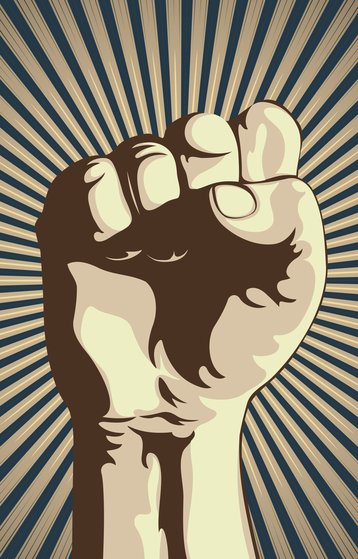 The trick, of course, is that the systems can be run in parallel, with vendors offering the ability to deliver up to 30MW or so at a single installation. The two major advantages of micro turbines, other than the value of on-site power generation, are the scalability of the products, allowing the installation to be sized to the demand with the flexibility to scale, and the fact that they can be run on just about any fuel – from landfill waste gas to diesel.

The micro turbines being offered by vendors Capstone Turbine Corporation and Ingersoll Rand Energy Systems are low maintenance, with comprehensive remote-monitoring tools, and are designed to be a simple addition to a project, not adding the level of complexity that building a full-scale power plant for co-generation brings.

Flywheels are not a power generation device but rather an energy storage tool designed to replace or supplement UPS and backup power solutions, but they are an alternative power source for the data center. Like backup batteries, the flywheel stores power, but it takes up less space, is generally more efficient and avoids the environmental issues of battery production.

Different vendors offer a range of options for flywheel power – from hybrid units that combine both batteries and flywheel technology, to large flywheel-only units that can provide more than 1kW of continuous power. Like the other technologies covered here, flywheels check all the boxes for green data center options.

Alternative power generation technologies face a difficult battle for broad acceptance in the data center world due to the scale that power is required in a data center and the very low cost of power provided by utility companies due to its scale of production.

When building or deploying special-purpose data centers, these technologies can become a much more viable option as their strengths can come into play.

Intermittent and sometimes unpredictable, wind is best as an offset

Steady enough for data centers, but only available in a few locations

Steady, viable on many rivers, and often already part of the local grid