Postcards from the edge

Kurt Vonnegut said: “Out on the edge, you see all the kinds of things you can’t see from the center.” That could apply to edge data centers, which this year have come center stage. Vendors of all sorts have been touting their forays to the edge with their hardware, software and complete data center offerings. But acceptance of the edge data center concept has come with a question: what exactly comprises that edge?

On the one hand, you have data center operators that are opening or repurposing data centers in smaller cities, referred to as tier two and tier three markets. Smaller facilities in non-mainstream locations are being repositioned as edge data centers, providing low-latency access for local users.

On the other hand, you have hardware vendors developing equipment for what they perceive as the edge data center market. This kit is designed to allow the deployment of small, modular hardware that provides a complete, self-contained data center that can operate remotely with minimal support.

In this case, the CDN provider, which could be a company such as Netflix, deploys its own hardware, putting an edge device into the local data center in order to provide the benefits of the location to local customers. The edge device usually acts as a cache for the streaming service, minimizing latency and backhaul traffic, giving end users a better experience and cutting the vendor’s traffic costs.

What defines an edge data center? The primary concern is proximity to the user base – and therefore the reduction of backhaul, latency and potential network congestion

A number of data center providers have specialized in providing edge data centers in smaller markets that are not served directly by major providers. A good example is the aptly named EdgeConnex, which provides technology services including data centers to smaller, localized markets. These data centers are smaller than the mega facilities we’ve come to expect from major providers, at around 5,000 to 10,000 sq ft (450 to 900 sq meters).

EdgeConnex currently has 23 of these smaller facilities across the US, with plans for up to 30 by the end of 2015, having built or acquired these facilities with the express intent of offering edge services to larger providers and state-of-the art data center technologies, as well as local colocation customers.

While EdgeConnex has a national presence, many other providers are opening up local data centers that can provide the same services to both larger providers looking for an edge presence and local companies looking for cloud services or colocation from a local provider. These data center operators may only have a limited number of facilities, but they focus on providing the best possible service to local users. Businesses looking for cloud services and connectivity options make use of these edge data centers to be the intermediary between local and national resources, shortening the path to heavily used resources while providing access to more distantly located services, and potentially more expensive, on an as-needed basis. 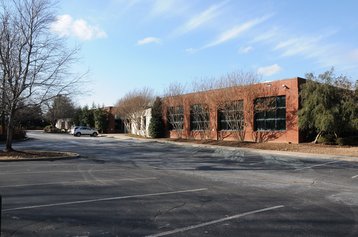 On the other side of the coin is the entire concept of the micro data center that can be deployed to an edge location. In this case, we are talking about small, self-contained facilities, ranging in size from a half-rack to a large commercial refrigerator that, based on design, can be deployed anywhere – from under a desk in an office, to sitting outdoors in almost any environment.

The range of products found in this segment is quite broad. They start with vendors such as Elliptical Mobile Solutions, which specializes in small-scale, purpose-built micro-modular data centers that can be deployed to fit a range of solutions, to micro data center products offered as part of large-scale enterprise from vendors such as Huawei or HP. 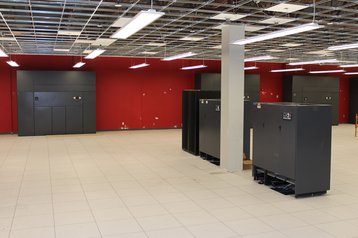 The proliferation of edge services is also being driven by major content providers. In September 2015, Google announced plans to partner with four CDN providers – CloudFlare, Fastly, Highwinds and Level 3 – to cut the price for cloud services if the customer used these CDN providers to deliver data to customers in the regions they served.

This model encourages the use of edge data centers to support CDN services in order to reduce overall costs. And even Google, which has more than 70 points-of-presence worldwide, finds it less of a network burden to be able to hand off some of the traffic to CDN providers that can cache data locally within their data centers and networking infrastructure to make service delivery more cost effective for the customer.

In many ways, edge data centers are the logical outgrowth of the distributed data model. Be it via CDNs or building local infrastructure, putting data where it is most needed – and in ways that it can efficiently and effectively be accessed by those who need it – may well define the future of the data center.