Software-defined networking is changing the role of switches, and the companies that make them, says Max Smolaks

Virtualization has been a blessing for data centers – thanks to the humble hypervisor, we can create, move and rearrange computers on a whim, without thinking about the physical infrastructure.

The simplicity and efficiency of VMs has prompted network engineers to envision a programmable, flexible network based on open protocols and REST APIs that could be managed from a single interface, without worrying about each router and switch.

The idea came to be known as software defined networking (SDN), a term that originally emerged more than a decade ago. SDN also promised faster network deployments, lower costs and a high degree of automation. There was just one problem – the lack of software tools to make SDN a reality. 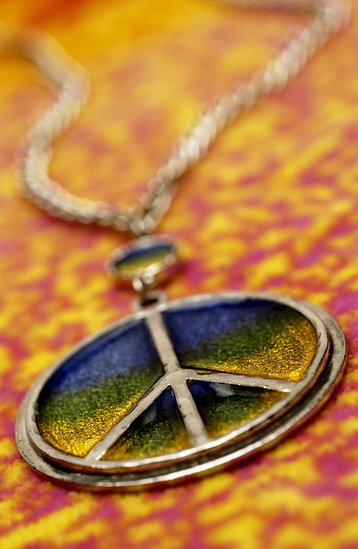 This was the hurdle faced by all networking equipment vendors, but those who saw that SDN would eventually become the norm, realized that success in this field would require a wide ecosystem of partners, even if they were also your competitors.

As with so many other areas of IT, the answer is in open source. If developments are shared amongst a wide community, then progress can be quicker as companies are not duplicating efforts within proprietary worlds. There is also a level playing field to compete on - but the best way to compete is to be on the teams building that playing field.

This was the scene in 2012, when network firms started buying SDN startups. Juniper Networks took the strategy seriously. It bought Contrail Systems - a secretive startup - on the cheap and quickly published its code under an open source license.

Today, the OpenContrail open source project team has drawn in employees from Nokia, Mirantis, Symantec, Canonical, IBM, AT&T and NTT Innovation Institute, and the supported version has created a new, thriving business within Juniper itself. One of the company’s flagship products is Contrail Cloud - a mix of OpenStack, Open Contrail, Ceph and Puppet, bundled together with a host of minor enhancements.

When Juniper bought Contrail for $176 million, it had never shipped a single product. Less than a year later it released the code under the Apache license. This deal makes more sense once you realize that Contrail was founded by former Juniper employees who worked on the popular MX series routers and switches.

“People from Juniper left the company to go there, so there was always a relationship,” Scott Sneddon, senior director for SDN and Cloud at Juniper, told DCD. “Even Kireeti Kompella, one of our early, really strong leaders in the development of MPLS [multiprotocol label switching] who had a lot to do with Juniper’s success in its first fifteen years, he went to become a CTO at Contrail.”

Those were the days when everyone was looking to buy into SDN. A famous example is VMware, which won a bidding war against Cisco for a higher-profile startup, Nicira, whose founders included Nick McKeown and Martin Casado, the researchers at Stanford who created the SDN concept. Nicira’s SDN implementation is now in VMware’s NSX.

Nicira was somewhat more expensive than Contrail: VMware ended up paying $1.26 billion. “Two months later, we sent a rover to Mars for just double that,” Sneddon joked. By comparison, Juniper’s acquisition of Contrail seems like a bargain.

Fast forward four years, and OpenContrail is an important part of both Contrail Cloud and Unite Cloud – the latter, launched in January, is Juniper’s data center framework that aims to simplify creation and maintenance of hybrid and multi-cloud environments. It includes access to Contrail JumpStart service, which allows customers to experiment with open source tools.

“Even if the customer doesn’t adopt an SDN solution right away, we still have a way to have that conversation and help them evolve,” Sneddon said. “I’ve been working on SDN solutions for about five years now, and I can honestly say that in more than half the meetings I go into, SDN is probably not what the customer needs.

”But even without an SDN solution on top of it, we have a really good automation framework: we’ve done a lot of work to develop a bunch of Python, SaltStack, Puppet and Chef interfaces for our routers and switches.

“What we’re doing is we’re giving the network engineers tools to modernize how they manage their networks. So I go and I talk to a customer about SDN, because that’s my job: I lead with Contrail and we talk about the evolution and cloud platforms and systems. But if I’m talking to a hardcore network engineer who just builds data centers and doesn’t have visibility into the applications that are running – that oftentimes goes over their head.

“So I’ll start talking about how you operate it – because really, what we are trying to do with SDN is just automate the network provisioning process, and optimize how the network works for cloud platforms.”

Contrail is meant to complement OpenStack, which means it’s designed for cloud computing at scale. The centerpiece of the platform is the SDN controller, which defines how the network is laid out and what the topology is. It is accompanied by virtual routers that have to be installed on every server and linked to the controller. There’s also an analytics component which monitors the state of the network, and a number of APIs for control functions. 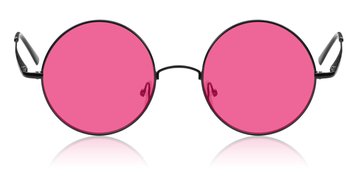 “The physical network that’s in place just becomes a transport layer that passes the packets over a routed network,” Sneddon explained. “And we know how to manage routed networks very efficiently. And then we take the really complex service layer, the things that have to change when I start a new application, or spin up fifty VMs that span across a massive data center, and we build overlay tunnels to support those – and really, an overlay tunnel is just a VPN.”

Even with the relative success of Contrail, Juniper is not content to rest on its laurels: last year, the company acquired AppFormix, a cloud management and optimization startup. It develops a server-level tool, suggesting that the software-defined approach could turn network companies into something beyond their old role as hardware merchants.

“You’ll hear these cloud guys talk about the network, where the only awareness of the network they have is when it’s broken. They don’t care if you’re using BGP or MPLS or VLANs, as long as it’s there and it works. As a side effect, the purchasing decisions – which switch or which router they buy – sometimes become less important,” Sneddon admitted.

“So for Juniper to be relevant in the future, we know that we have to play at a higher level. A lot of enterprise IT buying decisions are coming from cloud teams, not network teams. They have the dollars. So we feel like we have to develop a strong value proposition for cloud engineers and architects.”

This story originally appeared in the April / May issue of the DCD Magazine.