Multi-Cloud use on the rise in Hong Kong, Singapore

But increased complexity brings challenges for the cloud-committed

Businesses in the South East Asia region are increasing their use of cloud services, and the indications are that this trend is set to grow, according to a new report commissioned by Rackspace. The study, conducted by IDG Connect, surveyed 250 IT professionals from Hong Kong, Singapore and India.

Most businesses currently use between two and five cloud services, according to the study, though the number is projected to jump by 50 percent over the next two years. This means that the number of cloud services used by some organizations could go up to eight or more in some cases. 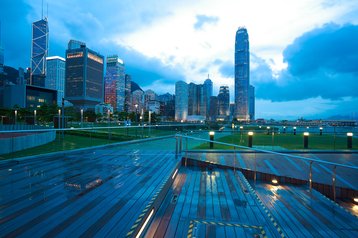 Challenges for the cloud

There is no question about the advantages the cloud offers, but it turns out that having a high level of cloud use is not necessarily a bed of roses. The study cites a variety of challenges stemming from multi-cloud use such as the technical overheads, an inability to monitor and manage complex workloads, and the need for user management across multiple cloud platforms, among others.

The Rackspace study takes a broad view, looking at every cloud usage scenario, according to Adam McCarthy, the senior director and general manager in Asia for Rackspace.

Talking to DatacenterDynamics, he ticked off examples of cloud use including OpenStack-based private cloud,  virtualization solutions from VMware, public cloud offerings such as Amazon Web Services (AWS), Rackspace Cloud, Microsoft Azure and Google Compute Engine, and software-as-a-service (SaaS) such as Dropbox and Salesforce.

“You actually kind of see it’s split almost equally,” said McCarthy. “Some people are talking about public cloud [as] the activity that is going on. Some are purely using a private cloud. Some are hybrid cloud, or software as a service.”

McCarthy would not speculate about the disparate level of cloud adoption in Hong Kong and Singapore, but said the survey pointed to a consistent trend of adoption with the rate of cloud consumption and number of providers growing.

Relying on multiple cloud services allows businesses to spread out their risk footprint, even as they get to choose the best combination of cloud services and the best-of-the-breed cloud platform to meet their unique requirements, said McCarthy. 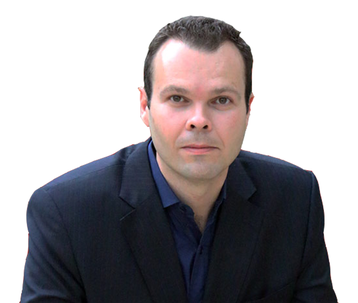 Are the tools there?

Moreover, it is entirely plausible that a business may require certain tools and technology on rival cloud platforms such as Microsoft Azure or AWS, he explained. In such a situation, they would probably rely on a directory service such as Active Directory to federate user accounts across both platforms for ease of administration.

On the flip side, businesses want a single view of their usage levels and cost regardless of the number of cloud platforms used. This is so that they can determine if they are getting the optimal return-on-investment for their spending – and keep an eye on their operating expenses.

And herein lies the problem: It is a lot of work to get multiple clouds to work together. IT departments are finding themselves tied up in trying to figure out the different clouds, setting them up, and then building interoperability and manageability. And this distracts them from strategic tasks to actually bring the business forward, argues McCarthy.

“A lot of people find that the administrative overhead of managing a lot of cloud is creating a lot of work by itself. In some cases, it’s about managing providers, about being secure,” said McCarthy. “I think businesses want to do strategic tasks that bring the business forward. When you look at managing, architecting, it is a lot of time, and it is increasing as [more cloud is added].”

Unsurprisingly, the Rackspace report says the use of a cloud service management provider can simplify business interfaces and management overheads – both of which also plays a part to reduce costs. Yet doesn’t involving a third party detract from one of the core benefits of the cloud - its self-service nature?

“I think that that might have been more true in the past, when the services offered were much more simplified [and] it was a newer market,” said McCathy. Since then, cloud platforms and their usage have evolved to a level of complexity that necessitate a deep level of expertise in order to get the most out of them, he said.

“I think it was easy when you have an easy task or narrow band of [requirements]. It’s an unfortunate by-product that the cloud becomes more complex when there is so much to offer,” he noted. “There might be some tasks where it is easy to deploy… [but] almost everyone keeps expanding the width and depth of their [cloud] offering.”

McCarthy pointed out that the presence of certifications for certain cloud platforms adds to the complexity, and may mean smaller organizations face uncertainty over whether they are leveraging a particular cloud service in the most efficient and secure way available, or if they are following the latest best practices.

“Now it is more important to have deep expertise in the services to ensure that you get the most out of it. The better [the cloud] gets, the more complicated they get,” he summed up. A richer and more complex cloud environment makes it harder for businesses to do self-service.

Standards for the cloud

Recent years had seen the development of specialized standards specifically for cloud environments. For example, the security-centric Multi-Tier Cloud Security (MTCS) Standard for Singapore was developed by the Information Technology Standards Committee (ITSC) and published in 2013. The Infocomm Development Authority (IDA) of Singapore earlier this month unveiled a set of Cloud Outage Incident Response (COIR) guidelines that it is working to formalize into a Singapore Standard.

McCarthy sees the development of these standards as a reflection of the growing maturity of the cloud and its increasing relevance for IT deployments. MTCS is an extension of ISO27001 and takes a lot of best practices that were previously established, to make it more accessible to a cloud utility model.

“I think [these standards] are absolutely great. I think they continue to legitimize the value and the accessibility of cloud solutions to businesses,” said McCarthy. “Whether it is a small and mid-sized enterprise, I think it makes it easier for people to make adjustments.”

“What is interesting is both MTCS and COIR – they are quite long documents – highlight some things in the survey such as fixed categories of risks, cloud operations management,” he told DCD. “That is so important because that is a present [drain] of time in companies. I think that is [where] managed providers add value.”