The Mexican Space Agency has created a technological development center to foster talent in the country,  writes Patricia Mármol

As cybersecurity becomes more important, governments and companies are responding with safety systems to deal with DDoS attacks, persistent threats and identity theft.

Alongside the United States, Mexico is doing its bit. The Mexican Space Agency, together with the national government, has created a technology development center to prevent possible attacks.

“Rather than protecting the country, the aim is to promote the development of technology for such protection, so that both the government and employers can adopt technologies developed in the center,” explains Hugo Montoya, director of innovation at Agencia Espacial Mexicana (AEM) – the Mexican Space Agency. - and a speaker at next week’s  DCD Converged Mexico, 6-7 October.

AEM was set up in 2010 to develop entrepreneurship and to capitalize on the space sector (the tradition of astronomy in Mexico dates back to pre-Columbus times), including satellites and related services such as ground antennas and data-processing centers for satellite imagery.

In 2015, AEM announced that it intends to send a payload to the moon, using the Astrobotic lander that has spun out of Carnegie Mellon University in Pennsylvania.

“Although we are the new kids on the block, we want to contribute to the protection of Mexico from cybersecurity issues and natural disasters,” says Montoya. The agency will set up its security technology center in Torreon, in the state of Coahuila.

The agency will stand alone in this. It has already begun working with bodies in other countries to share best practices and generate the best possible center for technological development. For this reason, the organization has already visited Spain to start collaborations with various universities, including Complutense and King Juan Carlos University in Madrid.

The project is still taking shape but will develop in three stages. First, a series of events will identify the talents, and needs, of Mexico’s existing professionals. Then the size and scope of the center will be decided, along with its exact location. AEM expects the center to be operating in 2018, with projects that can be launched on the market.

Although we are the new kids on the block, we want to contribute

The Mexican tech market is familiar with computing languages such as Python, Ruby and Perl, all of which are in use within open source software development for satellite systems from various countries.

The security center will need its own data center, though, which Montoya ranks as important as the human talent the center will recruit: “The rest is an architectural shell,” he says.

This data center is still on the drawing board, but Montoya expects it to meet or exceed the design standards set by the Uptime Institute to be certified with Tier III reliability. It will be built through a public tender process and will be modular and scalable in design, so by the end of 2016, AEM should have agreed on the dimensions for its power and cooling systems.

The rough draft design is currently about 1,200 sq m (13,000 sq ft), including an auditorium, a training room, an administrative section, and a network and security monitoring center (NOC/SOC). The agency currently has a small data center, based on servers in office space, since it currently has only administrative data.

The core of the technology development center will be security, but it will also foster the skills of young enthusiasts and enterprises to develop projects, including big data, scientific computation and artificial intelligence, and accelerate economic development through new specializations.

It will also help to boost the country’s national standing by ensuring much of the production is carried out in Mexico: “The idea is to have sovereignty over certain critical systems in the country.”

And, finally, the center aims to support Mexico’s talent: “Our idea in the space agency is to contribute to the benefit of society and put solutions developed by Mexican talent in the service of the government and industry,” Montoya adds. The center will also aim to export products to the international market and contribute directly to Mexico’s economy.

Despite having definite goals, AEM will have a light touch, not judging but encouraging developments so as “not to hinder the development of disruptive technologies,” says Montoya. 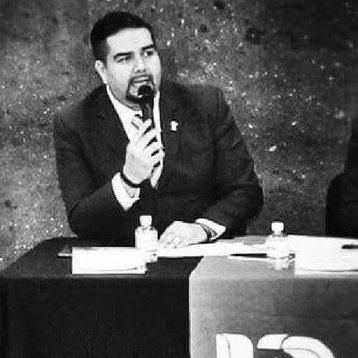 The bottom line is to strengthen competition through innovation. “The center will facilitate the maturation and completion of technology projects,” he says.

AEM at a glance

Security center:   Projected to open in 2018