Making the most of your waste heat

After years of hot air, the digital boiler market is heating up 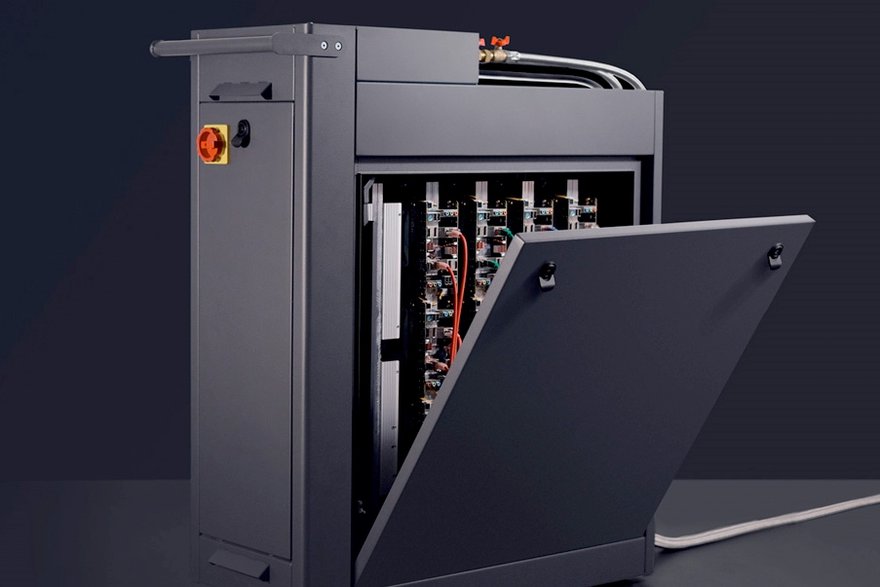 As data center operators strive to make their facilities more efficient, some are embracing the concept of reusing waste heat.

Greenhouses, fish farms, and apartments have benefited from the idea - with servers using the heat that they don't want to warm those that need it.

But it requires data centers to be near district heating systems or farms, and is viewed as a secondary priority after the main job of being a data center. What if we flip the idea on its head? What if we find the places that are already using electricity to create heat, and stick compute in the middle?

A few companies have tried to build digital boilers and heaters over the past decade, but the idea has struggled to find traction, with several startups going bust or pivoting out of the sector. Now, French company Qarnot thinks it has managed to solve the challenge.

This feature appeared in the October Critical Power Supplement. Read it for free today.

"10 years ago, we were considered to be crazy," Paul Benoit, the company's CEO, told DCD.

"And what is very interesting is that for a year now, what we do is considered the way to go to deploy more IT infrastructure with less energy," he proclaimed.

It's a bold statement that may slightly oversell the company's success - many are still uncertain about the concept - but there are signs things are changing. In 2020, the company raised around $6.5 million, adding to the $2.5m it had received from Data4 Group a few years earlier.

Qarnot also has clients it can point to, including Société Générale, KTH Royal Institute of Technology, and animation house Illumination (best known for the Minions franchise).

Before we unpick how it got to those deals, first let's understand how we got here. "In the beginning, we made a space heater for houses," Benoit explained. 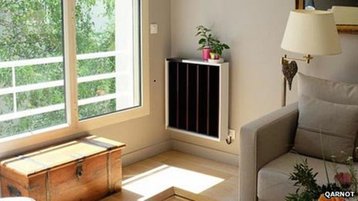 The concept was that, instead of using your electricity to produce heat through a traditional radiator, use the same amount of electricity on a Qarnot box that looks like a radiator. At the same time as producing heat, a side product would be compute, which could be sold to other companies as distributed computing.

But the economics were tricky as the equipment cost significantly more than a comparable heater. There was also a fundamental flaw: Data centers require 24x7 compute, while people don't require 24x7 heating. There were also security concerns about putting servers in people’s homes, and limitations to residential fiber connectivity.

In the Netherlands, these issues led to rival e-radiator business Nerdalize declaring bankruptcy in 2019.

"So now we go to social housing [and large apartment blocks], where we can run 24x7 for hot showers and stuff," Benoit explained. "We're stopping doing heaters and going more for boilers,” he said

One exception, a much-publicized crypto-heater launched in 2018, was mostly a marketing stunt, Benoit admits.

“It was B2C, which we’re not doing anymore, and it was quite expensive,” he said, but added that those that bought it would have nearly doubled their money on Ethereum mining at the currency’s peak. Benoit would not disclose how many units were sold, but said it was small. “We’re focused on B2B now.”

There's still a limit to housing blocks, though: "The scaling is not great, because you cannot put 500kW of hot water 24x7 in that housing [complex], even if it's a large one," he said. But Europe is building more local district heating, covering multiple such properties from one location - "this is our strategic focus."

The hope is to convince such sites to use their energy twice, both for heating and computing, while paying only for the heating. The digital boilers themselves are more expensive than conventional ones, because you're replacing simple heating equipment with semiconductors and IT infrastructure. The IT infrastructure also becomes obsolete much faster than normal boilers do.

"We provide the chassis, and replace the servers every five years," Benoit said. The company works with circular economy firm IT Renew to use recertified and new Open Compute Project servers.

To offset the higher costs, Qarnot partners with a heating company "and then we sell the heat we produce at a much lower price to them than they sell the heat themselves."

"Megawatts of heat at 30 degrees? It's crap, you cannot do anything with it," Benoit said.

At the same time as it sells the heat, Qarnot then sells its compute to customers, at a low price because the electricity costs have been offset.

That compute infrastructure, which is either paid for by the customer upfront or on demand, is accessed through interconnection points at investor Data4's data centers, and managed through a custom software stack.

While the deployments are close to potential end users, it’s important to note that it is currently not an ‘Edge’ system focused on low latency. Instead, Qarnot is targeting batch-processing high-performance computing workloads.

“Most of our clients are not very sensitive to latency, because they are doing simulations, and workloads like that,” Benoit said. There is still an opportunity for placing the boilers in the same building as clients, or at least nearby, but Benoit does not see it as a priority. “It would be great,” he said. “But the problem is more on the business side, because if you have to discuss with the heat guy of the building and the IT guy of the company, it may take 10 years to make the deal. We don't do this, but it can be a way to go [in the future].”

French bank Société Générale is trialing using the system for risk computation. "It's a first proof of concept, but the project [is expected to grow to] 500kW-1MW sites, the sweet spot for district heating that is 24x7," he said.

As Qarnot deployments grow larger, they bump into a different challenge: Connectivity. Nobody wants their residential block's Internet being sapped by their boiler, and nobody wants to pay for a data center that is limited to residential fiber rates.

"Historically when we deployed heaters in the building, we would deploy 100-300 of them and use fiber to the building," Benoit said. "Now we're building larger sites, so we deploy dark fiber because the investment is reasonable compared to the infrastructure and it can be financed by the end user."

The company currently rolls out dark fiber for 500kW and above projects, but plans to do it for sites in the lower hundreds moving forwards.

It may also need to build in more redundancy as its sites grow bigger. "It's totally possible if clients want it, and some do, but most do not ask for it," Benoit said. "We have to be able to understand the needs of the client and then discuss whether they want to pay for it.”

The next difficulty is finding those sites, with district heating systems only available in some countries. “In France, district heating penetration is very low,” Benoit admitted. “We work in Finland and want to work there more, as well as in all the Nordic countries, where we have partners. We also have discussions in Canada, and in Japan - but Japan is special in terms of infrastructure.”

His hope is that, as countries invest in net zero infrastructure, more district heating systems will begin to be rolled out across the world - at least in the colder regions.

“The opportunity is gigantic,” he said.