According to research by IDC, worldwide spend on SD-WAN will reach $6 billion by 2020

Software-defined wide area networking (SD-WAN) is entering a period of rapid growth as customers are discovering the benefits of hybrid network architectures, according to Juniper Networks.

Declining growth in the market for high-performance Multiprotocol Label Switching (MPLS) networks is a symptom of the shift to hybrid networks that carry lower-priority traffic by alternative connectivity avenues, said David Noguer Bau, head of wireline marketing at Juniper.

Noguer Bau was speaking at the launch of the company’s Cloud-Enabled Branch service, which was held at the Juniper Proof of Concept lab in Amsterdam last week. 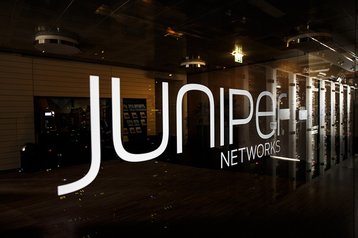 Cloud-Enabled Branch was designed to simplify deployment and automation of branch office networking. It includes SD-WAN functionality and cloud-based security components that identify and respond to threats across branches.

The service affords the branch the ability to use different types of network links according to its demands, meaning lower-priority traffic can be moved from MPLS to broadband or LTE to achieve cost savings.

In the past few years, Juniper has moved from producing networking hardware to designing solutions in network function virtualization (NFV), making a large investment in recruiting staff with prior experience at companies such as Dell and IBM to drive innovation.

It also bought up competitors such as BTI Systems, which it acquired in January 2016, to strengthen its cloud networking arm.

“What is replacing MPLS is new technologies like high speed broadband connections, that are more competitive in Europe in particular,” Noguer Bau said.

“This should be a concern for many service providers. [Takeup of] what has been the big cash cow is starting to decline.”

Overall revenue from MPLS is declining even though some analysis of the market will still highlight growth in the number of ports and sites being operated, as well as in the level of traffic, he said, referring to OVUM’s IP VPN Services Market Forecast for 2015-2020.

“Declining revenue is a good indicator of increased competition, and also that customers are less willing to pay high prices.”

The market for SD-WAN, meanwhile, is expected to grow to $6 billion by 2020, according to analyst firm IDC.

“It started maybe two years ago but it has experienced a very fast adoption rate. There is a big part of MPLS revenue that will migrate to this new technology.

“SD-WAN is a combination of technologies that have been around for many years. What it can offer that is new is that it brings to branches the ability to use multiple WAN connections simultaneously and make it easy to match the connection to the desired application,” Noguer Bau said.

WIth SD-WAN, the software can adopt traffic flows in reaction to analytics on WAN performance, which is presented to the user through a graphical interface.

“In retail, where music is being streamed in stores, video advertisements are being streamed. In the past they might have put that through WAN, but this kind of heavy bandwidth traffic, which is not essential to the performance of their business can be put through broadband.”

In a survey published in April 2016, IDC found that forty-seven percent of respondents planned to deploy hybrid WAN within the next 12 months.

A separate study by the firm found that among 1088 respondents, 23 percent were using a hybrid network they implemented themselves. Thirty-six percent used a hybrid service bought as a complete solution from a service provider.

At the event in Amsterdam, Juniper also revealed it was expanding its OpenLab network of innovation centers into Europe and Asia. The program provides customers and academics with resources to build and test new network services, including virtualization technologies.

By the end of 2016 Juniper will operate OpenLab locations in London, Amsterdam, Tokyo, Singapore, and Sydney, as well as in California and New Jersey in the US.

Meanwhile, the immediate implications of the UK’s vote to leave the EU on networking are not thought to be serious, said Chris Barnard, IDC vice president for European telecoms and networking.