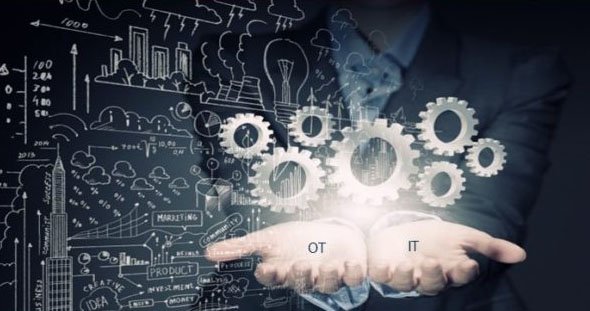 It has long been a dream to bring together the traditional silos of IT (information technology) and OT (operational technology). Finally, AI, and IoT are enabling this, and the charge is being led by the industrial Edge.

In the data center itself we see technology innovations such as IoT, machine learning and digital twins. The operational concerns of uptime and maintenance are integrating more with IT to ensure security, real-time monitoring and greater intelligence.

But the process is really striking out on the industrial edge. OT is already there, and has gained enough in-built intelligence to become available for management by the IT infrastructure which is moving to the edge to support it.

These advanced applications are finally able to integrate the legacy hardware of OT into the new world.

On one level, industry digitization is taking on menial tasks such as maintenance. But the powerful result is that hardware services are more reliable, and can be managed alongside IT, with obvious synergies.

Edge servers and cloud processing are combining to provide the local speed and back-office muscle so IT solutions are finally fully digitizing the factory floor.

“There are a number of applications in the industrial space that are changing the way operators think about where they need to store data," said Schneider Electric’s CTO Jim Simonelli in a DCD webinar, ​How IT/OT Convergence Is Transforming IT Requirements at the Industrial Edge. “OT operators are trying to solve age-old problems and doing more with less. But now there are all these new technologies that are really enhancing the way they operate. 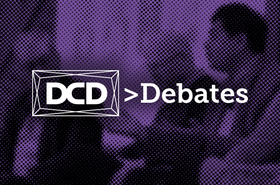 At Gwinnett County Water, a public utility in Atlanta, Georgia, the cloud has become a vital source of redundancy, said W. Jarrett Campbell of Aveva, which has been helping the company with a digital transformation that brings the utility's assets [plants and stations] under centralized control.

“From a utility standpoint, it makes sense that they can deliver the highest quality water at the lowest costs, and at the most efficiency to their customers,” said Campbell.

“Gwinnett County Water has over a million customers, three separate water treatment facilities and two water reclamation facilities. The ability to trace what's going on in its processes is important, along with reliability. It also has a command and control center where it can monitor what's going on at each of the sites and take corrective actions and make changes with flow rates.

"And, if it gets disconnected from this center then it can bring data up into the cloud, and do mobility based data analysis or data visualization for employees. Those types of applications are really starting to take root in the industrial space."

The “Uberization" of food and goods is another sign of change, said Simonelli. Companies need to be set up quickly and this leads to convergence, as engineers and OT offload work to external parties that may have better expertise in a certain field.

So now what we're seeing with this IT and OT convergence is the ability to bring in newer IoT technologies that can converge and overlap with OT to help industries.

Bringing it all together

"Operators may not have the ability to deploy robotic systems," Simonelli added: "So, they outsource to a robotics technologist. This can be deployed across many different types of applications. Retailers don't typically have any IT staff, or very little IT staff. And, in the case of a warehouse full of robots, what will be required is a kind of combination of retailers and a partner.

Outsourcing isn’t always the best thing. Within the IT industry itself, HPE has automated its server assembly line, HPE CTO Tripp Partain said: “While the solution [outsourcing] technically would work, I've now got these robot gantries with cameras that can spin around, taking pictures of the assembly. We can check that against the order and make sure I have the right components.

“Do I have the components in the right places and in the way in which they're supposed to be? Can I assure that every wire is set and completely plugged in and every memory chip is pushed all the way in?”

Sending off data to be processed at the cloud is going to be relatively slower than processing your requests at the source. So HPE has emphatically moved to Edge resources in the factory.

AI has a vital role to play here. HPE is working with a wind energy company to use AI to optimize the direction of wind turbines and maximize the electricity output.

“There are IT capabilities that can be put right at the bottom of a wind turbine and used to help synchronize that turbine to the current conditions to really optimize power production,” said Partain.

"But, as soon as you make an adjustment to one of the turbines, each adjustment will affect the airflow that hit the ones behind it. We're seeing AI come into play now, and we're working to synchronize together so that the overall optimization for the entire field generates the most energy."

One of the surprising things, perhaps, is that as the technology manages the merger between the two worlds of IT and OT, it also calls into being higher level partnerships between companies.

"IT and OT convergence, and the Edge in general, requires partnerships to actually satisfy the needs,” said Simonelli. “You can't necessarily expect an infrastructure provider to have all the answers or an IT provider to have all the answers. Collaboration makes sense to solve a real use case whether it be in a water plant, warehouse or a manufacturing process control space. All require IT and OT expertise to manage it overall.”