How AWS seduces enterprise IT into its cloud

Even data sovereignty isn’t holding up Amazon, as it opens more and more data centers in Asia

Those unfamiliar with the inner workings of Amazon Web Services (AWS) may wonder just what makes it so compelling. Part of the allure is really the self-service automation that its cloud platform offers, allowing small businesses and large enterprise alike to deploy the virtual infrastructure they need with nary more than a credit card and an Internet connection.

Moreover, the cloud also serves to divest IT departments of the hassle of acquiring, deploying and operating traditional IT infrastructure, including removing the maintenance that on-premises hardware necessitates. The result is that IT managers and administrators are no longer burdened with mundane and repetitive tasks, freeing up their time to work on value-added projects and initiatives that actually contribute to the company’s bottom-line.

Or in the words of AWS chief Andy Jassy at the annual AWS re:Invent conference this year, the cloud helps to “remove undifferentiated heavy lifting, increase agility” and allow businesses to “go global in minutes”. 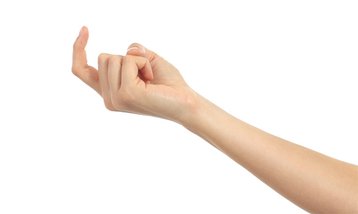 As it is, there is no question that AWS is working harder than ever to lure enterprise IT into its cloud. At the re:Invent conference in October, the cloud giant announced a plethora of services and tools, promising businesses can use them to pull ahead of the competition.

As was the case in the past, AWS executives say that the new services were created in response to customer  requests. However, a closer look reveals that a number of services that AWS launched at its premium event for the year were inordinately suited to help larger organizations and the enterprise make the switch to the AWS cloud.

For example, AWS Snowball promises to offer a seamless and secure way to migrate data from an on-premises data center to the AWS cloud in armored boxes that hold 50TB each, while its AWS Database Migration Service offers the ability to migrate the data in enterprise databases such as Oracle and Microsoft SQL Server to an AWS-based cloud equivalent.

And to support enterprises who would otherwise turn to an on-premises Business Intelligence (BI) solution, AWS QuickSight promises cloud-powered BI for a fraction of the cost of traditional BI solutions. And we are not even considering enterprise-centric solutions such as Amazon WorkDocs and Amazon WorkMail that were launched earlier this year, both of which represents an attempt by AWS to take a slice of the secure enterprise storage and sharing, and managed email and calendaring pie, respectively. 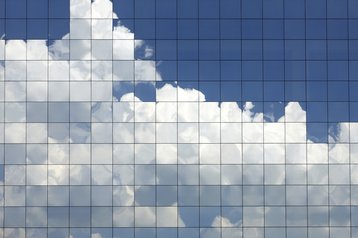 Of course, the growing number of services does present a challenge to those who had no prior experience with its platform. While learning enough to set up a basic website is actually rather straightforward, the sheer number of options and capabilities that are available, including getting a good hang of crucial components such as those that deal with security and multi-region deployments – culminates in an inevitable learning curve.

Though AWS is certainly doing its part to keep its cloud console accessible and documentation up-to-date, newcomers can expect to roll up their sleeves and invest some time to gain a proper appreciation of its cloud platform.

Yet an in-depth understanding of the AWS stack can offer great rewards to architect web-scale applications or for supporting large-scale enterprise services. Take iflix, an online subscription video on demand service that is headquartered in Malaysia. Currently available in Malaysia, Philippines and Thailand, the service launched in May and had amassed 450,000 user accounts by October, according to iflix CTO Ash Crick who spoke to DCD at the sidelines of the re:Invent conference.

An external observer looking at the scale of its operations and sophistication of its platform will be forgiven for not realizing that the company was only started in September last year. The company managed to launch a full-fledged offering barely nine months after its incorporation.

“We couldn’t have launched by May without AWS,” said Crick. He told us that iflix uses a large number of AWS services, and attributed his deep knowledge of the AWS platform to how he got in early and was able to gradually learn about new features as they were launched.

While AWS does have a particularly strong footprint in the United States, it has an undeniable interest in Asia that is evidenced by its growing presence in the Asia Pacific region. At the moment, AWS operates infrastructure in Singapore, Japan (Tokyo), Australia (Sydney), as well as a limited preview deployment in China (Beijing). New data centers are slated to open in India next year, while a new cluster of data centers in South Korea with a similar deployment timeframe was announced just weeks ago.

And there is good reason for its strong push here, too. According to recent research by Gartner, public cloud services market in the mature Asia Pacific and Japan (APJ) region will grow to a total of $7.4 billion in 2015. This is expected to eventually rise to $11.5 billion in 2018, which represents a huge opportunity even for the cloud behemoth with an expected revenue of $6.2 billion this year.

“Asia Pacific as a whole has a terrific adoption rate. For Southeast Asia, it’s been quite rapid,” said Richard Harshman, head of ASEAN at AWS when he spoke about the region to DCD in an interview last year.

But what of data sovereignty considerations, which could be a potentially thorny problem considering the many countries and disparate cultures here? While not dismissive of it, some executives told DCD that the concerns on this front only relate to certain local companies and financial institutions, while others suggested that regulations are still unclear right now.

Ultimately, data sovereignty considerations may well be a moot point for AWS. After all, Jassy had publicly shared a long-term vision in which Amazon may well operate from every country “in the fullness of time.” Considering its rate of expansion in the Asia Pacific, that looks set to happen sooner rather than later in the region.