Google gets serious about the cloud

While Eric Schmidt waxes lyrical about nations fighting over data

On the first day of its annual Google Cloud Next conference, the search giant’s cloud division announced several new customers and partnerships as Google reiterated its commitment to a business many see lagging behind its competitors.

Next served as a reminder to those watching that, despite having a smaller market share than AWS and Microsoft’s Azure, Google has big hopes for the future of its cloud platform.

“Google was founded on a mission to organize the world’s information and make it accessible and useful,” Google CEO Sundar Pichai said during the keynote. 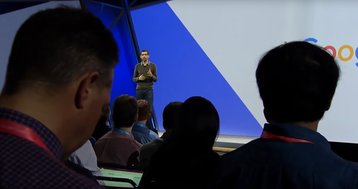 “For many years we’ve had the privilege to create products which serve billions of consumers across the world. To do that, we’ve had to engage pretty much every branch of computer science, and we’ve had breakthroughs along the way. It has led us to breakthroughs in cloud computing technology, collaboration software, analytics - things which are now transforming businesses everywhere.

“So with Google Cloud, we offer businesses Google-quality computing, security and business tools, and it is an extraordinarily big bet for us. In many ways, Google Cloud is a natural extension of our mission to make information accessible and useful. We’re just doing it for businesses.”

At Next, Google revealed that the number of businesses taking advantage of Google Cloud had grown - Colgate-Palmolive, HSBC and eBay are all GCP customers (HSBC also uses AWS and Azure).

The company has also nabbed Verizon, which has moved more than 150,000 employees to Google’s productivity apps. The telecoms company previously used Microsoft Office apps, as reported by Bloomberg.

“Just two weeks ago I met with five customers over the week and three of them said ’I just want to do a full lift and shift, I want to move everything to the cloud’ - it’s been a remarkable year,” Diane Greene, SVP of Google Cloud, said.

The other major announcement was Google’s partnership with SAP (which has collaborated with AWS and Azure since 2014). Google will deliver SAP HANA, the company’s in-memory database, on Google Cloud Platform, in a deal that also allows SAP to remain the custodian of the data in the cloud. This should prove beneficial to businesses navigating around tricky regional governance and compliance rules.

“Because of all the interest in reliability recently, I’m just going to say a few words,” Greene said in what has been interpreted as a reference to AWS’ recent outage.

“You take Google search, it runs at five nines of availability, and that’s how we’ve designed our cloud, and we’re making it really easy for our customers to design and deploy to that kind or reliability - distributed, with no single point of failure.

”And I’m really proud, I just learned yesterday that we were recognized as having the highest availability of any cloud over the course of 2016. I think 2017 will be promising too,” she said with a laugh.

[Update: Microsoft has since disputed these figures, with a spokesperson telling DCD -  “Microsoft has 34 Azure regions online worldwide, more than any other provider. When looking at average uptime across regions, rather than total downtime across a disproportionate amount of regions for each provider, Azure reliability is in line with that of the other cloud providers measured and in fact has consistently had global uptime upwards of 99.9979% for Compute in the past 12 months alone. What we hear from our customers is that uptime is a more useful measure of availability.”]

“I want to give you some examples of why it matters,” Greene said. “You couldn’t have failed to notice that Niantic Labs launched Pokémon Go earlier this year, and just six days after they released they kind of eclipsed their most optimistic three month predictions, their queries increased fifty-fold. So they were running on Google Cloud, and our tight reliability engineers were with them 24/7, making this thing go flawlessly. They were there around the clock.”

‘Flawlessly’, however, may be stretching the truth - at the time, we covered how Pokémon Go was struggling to stay online, with AWS’ CTO even joking about how it should be hosted on his company’s cloud. A later post mortem showed just how much demand the game faced, and the fact that it stayed online at all was impressive, but it did see frequent outages during its first few months.

The Snapchats and the legacies

The other customer story Google is often keen to promote is Snapchat, which was recently revealed to be spending $2 billion on GCP over the next five years. 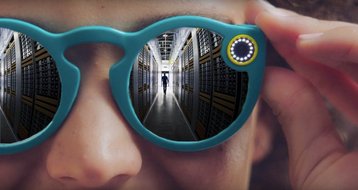 “So you sit there and go ’why would they do that?’” Alphabet executive chairman Eric Schmidt asked rhetorically. “I mean after all, had they they spent $2bn on data centers, they would have had $2bn worth of data centers, yeah, but then they’d be putting $3bn and $4bn and $5bn and $6bn in. Whereas this way they can ride the scale and the investment that we have done.”

With that in mind, Schmidt turned to the audience and asked: “So are you not planning to be like Snapchat?”

But most customers, especially the large traditional businesses Google now believes it can attract, were not born in the cloud.

“The truth is that most of our customers are still struggling with the enormous challenge of their existing architecture. Most customers say that they’re still trying to deal with their non-x86 apps, their AS/400 mainframe, all the kind of stuff that they have,” Schmidt said.

“The first thing to do is take your x86 binaries that you have in some data center inside your company and move them to the Google VM. Turns out that it’s cheaper, and it frees up some money to do the next step. [Then] you take that system, now you’ve got it working half in the cloud, half not, and you say ’I’m going to carefully take the data out of all these systems and put them in a modern, scalable, managed database, either SQL or non-SQL. How do you do that? Well we work with you to do that.

“And then, over time, you build and move that data to modern end-to-end services. I’ll bet the rest of my professional career that the future of your business is big data and machine learning applied to the business opportunities, customer challenges, and things before you.”

But the crux of Schmidt’s presentation was that Google had changed: “It used to be that we’d say ‘we have this incredible technology derived from the way Google operates,’ but we didn’t have a full service product offering. We didn’t have all the services, we didn’t have all the people that could help you. And you’re sitting there saying ’do I really believe you?’ Well we have the references now, they are among you.

“We’re here for real. You’re here for real. This is an incredibly serious mission, something I wanted to do since I joined the company 17 years ago. It’s something that I know that the people [here], whenever they started, care a great deal about it. The company has the money, means and commitment to pull off a new platform of computation globally for everybody who needs it, and something which allows you to be satisfied that our principles - which are basically about openness and open access - really will allow you both the freedom of choice, you won’t be locked in, but also the freedom to innovate.”

He added: “Leave the infrastructure to us. We put $30 billion - and I know because I approved it, it’s real - into this platform. Please do not attempt to duplicate it, you have better uses of your money.” 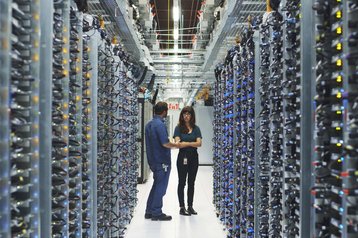 But Google doesn’t want you to just leave the infrastructure to it - the company also wants to offer AI and machine learning tools to companies, as it has to Snapchat.

“Delivering AI and machine learning through Google Cloud excites me - it means finally sharing the technology and insights I’ve been involved in for years as an AI researcher at Stanford,” Fei-Fei Li, the director of the Artificial Intelligence and Vision labs at Stanford University who was behind the ImageNet project that pioneered image recognition, said.

“That’s also where, by the way, I began a collaboration and partnership in AI with Dr Jia Li, and I’m very excited that she has joined Google with me as the head of R&D for AI and machine learning at Google Cloud.”

Fei-Fei Li, who joined Google late last year, added: “Cloud is the ideal platform for AI. That’s also why we’re making a huge investment in cloud AI and machine learning that will emerge over the next year in the form of powerful, easy-to-use tools that will give every cloud customer an on-ramp into this field. In other words, Google Cloud is democratizing AI. It’s democratizing computing, algorithms, data and talent.”

Eric Schmidt said: “He who has the data can do the analytics and the algorithms at the scale that we’re talking about will provide huge nation-state benefits, in terms of global companies and benefits for their citizens, and so forth and so on.

“I think that big data is so powerful that nation-states will fight over how much data matters.”