Game On: The industry that changed the world

From GPUs to cloud computing, DCD looks at the impact of video games on the data center

While thousands of data center and infrastructure professionals are toiling away to keep the world online, teams of developers, engineers and security experts are working hard to support other virtual worlds, some over a decade old, which are aging in lockstep with ours. 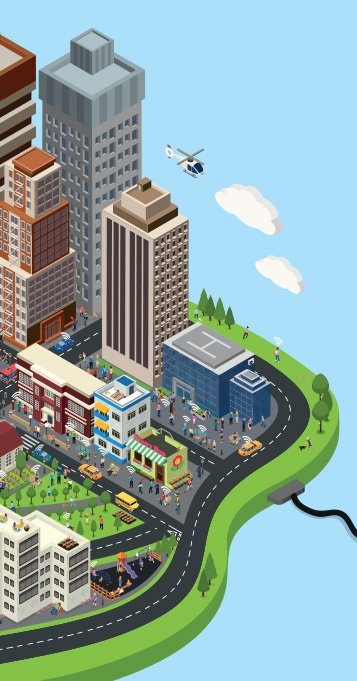 Games created a huge revenue stream for chipmakers eager to provide hardware to those chasing the best visuals. They gave millions of families a reason to demand faster Internet, forcing companies and countries alike to build out networks, and they pioneered the technology behind large scale distributed applications.

Now, gaming is set to impact us once again, with technology developed for play potentially controlling our cities and transport, as virtual worlds and reality collide to help form the oft-promised smart societies of the future.

To truly understand the importance of games, we must go back to the early days of consumer computing. As demands for better graphics and more ambitious levels for 2D and later 3D titles grew, it quickly became apparent that CPUs were not up to the task.

From the Sharp X68000 for Capcom arcade machines, to Silicon Graphics’ Reality Coprocessor for the Nintendo 64, to Nvidia’s Geforce 256 for PCs, a market for gaming-oriented chips grew rapidly, with large gaming audiences allowing for heavy R&D investment in hardware which is now finding its way into the very heart of the data center.

Graphics processing units (GPUs) were originally specialized devices, but now General Purpose GPUs (GPGPUs) have been used for jobs including machine learning, scientific image processing and stock options pricing determination. Google is preparing to remake itself as a “machine learning first” company, with much of its progress led by DeepMind, a deep learning group founded by an ex-games developer.

Amazon Web Services, the largest cloud provider, recently unveiled that it had upgraded the GPUs running on its service, with P2 sporting Nvidia GK210 GPUs.

Marc Hamilton, Nvidia’s VP of solutions architecture and engineering explained the importance of GPUs for AI and neural nets in a call with DCD: “These are very different from the computational power previously required. On the training side there’s billions of teraflops of operations that are needed, and on a traditional x86 CPU this could take years to run.

“With GPUs it can take what would have been years of computing - which is totally unreasonable - and turn that into a matter of days.”

Speaking at an earnings call that saw profits rise on the back of increased GPU sales for data centers, Nvidia’s CEO Jen-Hsun Huang said: “In terms of how big that is going be, my sense is that almost no transaction with the Internet will be without deep learning or some machine learning inference in the future. I just can’t imagine that.”

This future will have been made possible by decades of investment in the backbone of the Internet. 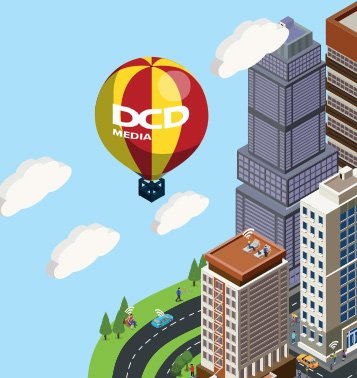 G-Core Labs was spun out of Wargaming, the developer responsible for the smash-hit title World of Tanks, a game with over 100 million active online users.

“Each player sends their information to each other player every 100ms,” said Reitenbach. “Everybody is connected and knows what the other guys do. This was a big challenge for us to solve with infrastructure.

The company has built its own content delivery network to enable the huge game and patch downloads players have to endure. “You have to download the client, and games clients are big, and they have huge patches, and even the whole Internet backbone is congested for some time.”

“At the beginning, we used Level 3 and other big players, and then we had the biggest audience of customers ever in Eastern Europe, but there was no Level 3 there, and they just pushed it from Frankfurt, so it was totally congested. So we had to build our own just in order so the player can play as soon as possible after the patches.”

Now, G-Core links 15 facilities, many in regions not served by hyperscale cloud providers.

"We’re opening right now in Uzbekistan. It’s a complex environment, but we managed to find a way to build something. Especially for shooter games, or games where latency is important, it’s always good to be next to your player.”

Reitenbach fears a future where “companies like Google, Baidu etc will just put billions into it and say ‘OK now we want to have this niche,’ and blow everybody out of the market. This can happen for sure,” he said.

Already, hyperscale cloud providers have begun to appeal to developers. Amazon has tried to woo the industry by releasing its own games engine, Amazon Lumberyard, for free - with the caveat that online components should be served through AWS. 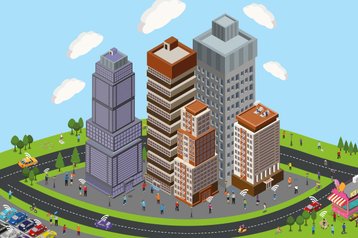 “Amazon has a good support for us as a games developer, I have seen them growing on their game support,” CCP’s IT manager and producer for Virtual Worlds, Jóhannes Jóhannesson, said. “We see that AWS is constantly adding in new features.”

Iceland-based CCP Games, famous for developing the Eve Online MMO, sees its future in the cloud and is using Amazon for its latest title, the VR space flight shooter Eve Valkyrie. Indeed, its AWS account manager “is an avid gamer,” Jóhannesson said. “He has a really good passion for it, a really good connection with Eve Valkyrie. It’s literally like he’s a CCP employee, you ask him one thing and he’s right on it.”

Google Cloud is less popular, however Jóhannesson said that it is being tested “for other projects we have going on here.” On October at a Google hardware launch event, the company announced that mobile VR title Gunjack 2: End of Shift will release as an exclusive for Google Daydream VR platform.

The cloud offers huge advantages for developers, Jóhannesson said: “I think mostly Amazon and Google offer this whole open sandbox for developers to create just whatever they want, whichever application it is.”

But CCP’s oldest, and most beloved, game may never be able to join the cloud.

On a single floor of a data center in London sits the cumulative creation of hundreds of thousands of people that has been in the making for 13 years. On these racks, empires and corporations have risen and fallen, wars have broken out, alliances formed and economic theories have been tested. Within the confines of the Eve Online servers, a galaxy exists where man finally lives among the stars.

When the game launched, “clouds were just white spots on the sky,” Jóhannesson said. “The core of the Eve code is 15/20 years old. But it’s not like a broken ship that leaks or something like that. The code is maintained, updated and all that. But some of the fundamentals, that’s hard to change when you have a product in production for so long.

“It’s the core monolith: Some aspects of it are not that happy with virtualization, but some parts of Eve can function in the cloud, so we are taking bits and pieces and moving it to the cloud where we can scale up and down more, but it’s a long trip until Eve, if ever, will be fully run by a cloud provider. I would love to see it, but I have a hard time seeing it.”

Instead, Eve is hosted in London, and recently saw its server tech upgraded to a third generation, dubbed Tranquility III - “we upgraded the hardware massively three times. That was one of the most challenging tasks the operations department has taken on.” A team of 25 keeps the game online.

Despite its age, the game is still growing its player base and even suffers from repeated DDoS attacks. “We’ve seen massive hits, there was one occasion where we got hit so badly in London that we compared the pipes we have to Iceland in general and the network guys were saying ‘this would have probably taken out one of the submarine cables to Iceland.’”

But as CCP strives to keep its galaxy connected, and pushes forward with plans to host future games in the cloud, there are those with an eye to an even more ambitious use of the data center.

Some wonder why one needs a powerful, expensive computer at home. The dream of a ‘Netflix of games,’ where titles can be streamed from the data center, is alive and well. “We experimented with cloud gaming in 2013,” said Reitenbach. “You have to build huge data centers full of GPUs, because you have to emulate each client in the cloud.”

He views this future as still some way off, with latency having to be exceptionally low, and costs rather high. These challenges led to the bankruptcy of cloud gaming company OnLive, but others are still pushing ahead.

Sony bought Gaikai for $380 million in 2012, relaunching it as PlayStation Now - a way to play PS3 titles directly from a data center, while Nvidia GeForce Now allows players to stream titles from Nvidia’s “cloud-based supercomputers.”

Going forward, games may begin to influence our lives in more fundamental ways, whether we play them or not. Beyond just seeing hordes of Pokémon Go players congregating in parks, you may notice that our smart cities could be run on software first trialled in games.

Machine Zone shot to fame with its mobile title Game of War, a many-to-many massive environment where millions of people interact with each other at once. Availability is so critical, a two-hour outage pushed its provider, Peak Hosting, into bankruptcy in June.

But the tech behind Game of War has seeped into reality - Machine Zone CEO Gabe Leydon told CNBC: “We’re taking that technology and applying it to New Zealand’s public transportation system… soon entire cities will be networked in one real-time environment which will create a level of efficiency that the world hasn’t seen yet.”

In a separate interview, Leydon told VentureBeat: “Our unparalleled cloud technology is what has enabled millions of people to concurrently play our games in a many-to-many environment — in real time, without limitation, in a single virtual universe.

“No other cloud platform has the real-time capability, capacity, or efficiency that we’ve developed.”

A version of this article appeared in the September issue of DatacenterDynamics magazine.