Gaining the Edge in the fight against bloodsuckers

They want to drink your blood. They happen to give you diseases. The challenge is knowing where they live. Behind the efforts to use Edge computing to combat mosquitoes 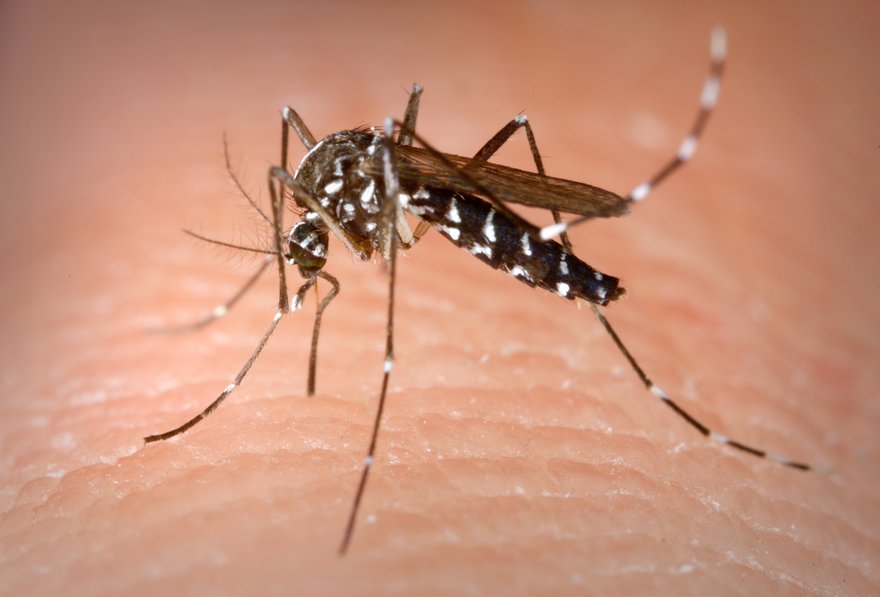 In swampy fields and stagnant pools, the small eggs hatch. Out crawl tiny, wriggling larvae, Once fully formed, these hungry bloodsuckers will spread out, hunting for warm bodies, and often gift them with diseases.

Man has fought mosquitoes for millennia. Efforts to ward off the creatures have mostly proved ineffective, with billions of humans perishing over the years.

In the late 1800s, when the French tried to dig the Panama Canal, 22,000 died at the hands of mosquito-borne Yellow Fever. Two decades of toil amounted to naught as the deaths sapped the will and ability of the workers and government.

In 1904, the US took over the project, and the path to a successful dig was clear: Kill all the mosquitoes.

US Chief Sanitary Officer Dr. William Gorgas embarked on an unprecedented effort to carry out biological warfare at an immense scale, deploying 4,000 troops in ‘mosquito brigades’ that used 120 tons of pyrethrum insecticide powder, 300 tons of sulfur, and 600,000 gallons of oil. Every house was sprayed, mesh was wrapped around windows and doors, and all the standing pools of water they came across were filled.

It worked, with Yellow Fever vanquished in the region within two years. Less than a decade later, the 82km (51 mile) waterway was complete, fundamentally reshaping global trade.

But, while lessons can be learned from the success of the Panama Canal effort, it’s not realistic to continue the approach. It caused huge environmental damage, killing many other animals and was also prohibitively expensive - in today’s dollars, each mosquito killed cost $240.

Today, efforts to kill mosquitoes are more targeted. Rather than a mass war that obliterates regions, targeted strikes seek to eliminate hot spots, genetic modification aims to introduce sterility, and vaccines look to blunt the impact of spread diseases.

But to do all that requires a deep understanding of where the mosquitoes live, how many of them there are, and what species they are. All of which requires data.

This feature appeared in the DCD Magazine Edge Supplement. Read the full issue for free here.

Two common mosquito types that plague Taiwan are the Aedes and Culex. The former spreads dengue, the latter Japanese Encephalitis - but the distribution of each across the island nation is unclear, hampering efforts to fight the flying killers.

The common tactic for studying mosquitoes requires hands-on work in the field - exposing humans to risk, in a highly inefficient and ineffective approach. That could change, however, with the help of Edge computing.

“The main idea was to have a system which could give us some kind of results in a particular area, what kind of species more prominent, so we could we find which one to target,” Dr. Sachit Mahajan, who worked on the Smart Mosquito Zapper (SMZ) with Taiwan’s Academia Sinica, said.

Now a research associate at the University of Cambridge's Department of Sociology, Mahajan explained the project to DCD: An Edge computing device that would attract mosquitoes, identify them using machine learning, and upload all the information to a cloud data center.

To be deployable at scale, the SMZ had to be cost-effective - built simply with a Raspberry Pi 3 model B with a Sony IMX219 camera, a mosquito lamp, and a wind concentration component leading into a photography passage. The width of the passage was designed and 3D printed to match the focal length of the camera.

Once the insect is in the SMZ, the camera takes several photographs, which are converted into grayscale to increase computing speed. Then the background is subtracted and, if an object remains, the data is sent to the data center for the harder processing.

Back in the data center, the image is converted into a binary image and noise is filtered out. A 350-by-350-pixel image of the mosquito is made, which is sent to a convolutional neural network (CNN) designed to work out the species.

“It could be that in the future that we would train it for multiple species instead of just two.”

Other approaches have relied on DNA barcoding to define a species, something that is completely accurate, but prohibitively expensive and slow. Another method was to track the wing frequency, which differs between mosquitoes - an affordable tactic, but with only an 89.55 percent accuracy.

For their CNN, the team wanted to beat that level. First they manually entered pictures of the different mosquitoes in the tunnel, with 114 Aedes and 129 Culex samples photographed in laboratory conditions. Once trained, the CNN was unleashed on field samples. “It's not as easy to have an accurate system in the field,” Mahajan said.

As a CNN - trained on an Intel i7-8700k and an Nvidia GTX 1080Ti - the accuracy improves as more data comes in. “Initially, the classification accuracy was a little bit low, we just didn't have enough training data that time,” Mahajan said. “But over [the three months of] the experiment, the accuracy increased beyond 90 percent.”

The SMZs, out alone in the wild swampy farmlands near Taipei City, quickly began to attract mosquito after mosquito - and then found different creatures crawling in. “It could be that in the future that we would train it for multiple species instead of just two.”

The hope is that the data from the experiment, and its follow-ups, will make our fight against malaria just that little bit smarter, that little bit easier. “Such a system could be used with people who are working in the environmental agencies or policymaking, especially, when they are dealing with what to do with the agricultural area like deciding what kind of insecticides or pesticides to be used or supplied to the farmers or agricultural agencies,” Mahajan said.

The next time mankind embarks on a massive construction project through mosquito riddled lands, or simply tries to live next to still bodies of water, it might just look for salvation at the Edge.

For more Edge coverage, be sure to read our free supplement covering smart cities, manufacturing, vehicle-to-vehicle communication, and more.