Cashierless shopping requires tons of cameras, and even more compute to track it all 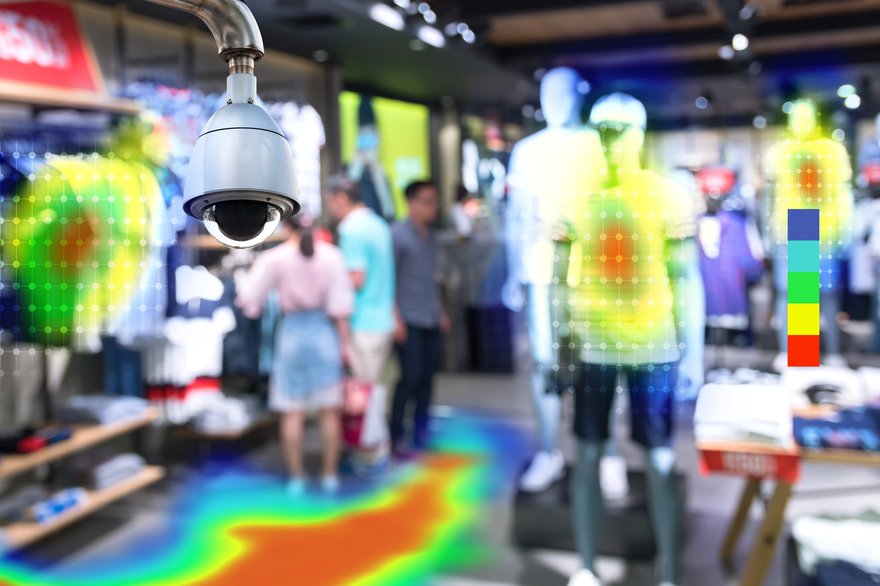 We’ve been locked in an endless fight against friction. As a species, we just can’t face waiting. Those in the data center industry know this - just think how many billions have been spent to stop things taking a whole second to load.

For physical retail, this quest to reduce friction is just getting started

"It's really been a massive industry stuck in the past," Standard Cognition CEO Jordan Fisher explained.

It’s time to learn from ecommerce, Fisher argues. “Time matters. Friction matters. You don't even want a 200 millisecond lag, when you click a button, because it increases the chances someone's gonna walk away - we need to do the same in physical retail."

For more on retail, AI, and the Edge, be sure to watch our broadcast DCD>Inside Retail & Logistics.

Walk in, walk out

During busy shopping periods, waiting in lines to checkout can take minutes, "sometimes tens of minutes," Fisher said. "And retailers also make you work: With a self-checkout station, you're literally doing the job of the retailer for them. So you're waiting and then you're working.

"Everyone knows that this is not the way it's supposed to be. It just hasn't been technologically possible to eliminate that until now."

His company is one of a growing number of firms looking to upend how we checkout in stores, with an aim of removing cashiers and allowing people to simply pick up items and walk out of shops. In an ideal world, those cashiers would be redeployed to different roles to help customers or handle stocking, but it may just lead to fewer job roles.

How are data center requirements for the retail sector changing and what’s driving this?

“I like to compare it to Uber or Lyft,” he said. “You used to get into a taxi and you were thinking about the transaction - do I need to take it out my wallet, etc. But now you get into an Uber and then you get out and you are transacting behind the scenes and not thinking about it. That's what we want to deliver for retail. Stores really start becoming like your personal pantry.”

It’s an idea that is simple in its pitch - let’s remove this friction - but that is wildly complicated to pull off. You need to be able to understand who a shopper is, what they have picked up, what they have put back, and track them out of the store.

There are several ways to try to track everything, from biometrics, to sensors on shelves, to the Lidar more commonly found in self-driving cars. Standard Cognition relies on cameras - lots and lots of cameras.

"Cameras are constantly improving and getting cheaper," Fisher said. "We're just using off-the-shelf cameras, there's nothing special about them. We strive for what we call triple coverage, we try to have three independent perspectives of any part of the store that we care about.

"That said, you don't want to put an insane number of cameras on the ceiling because it can start getting intimidating. So we do try to be judicious."

All of that camera data - terabytes per store per week - has to be crunched with advanced machine learning algorithms. "Certainly, as we get up to 10,000 stores over the course of a year, you're looking at a lot of data."Much of this processing, and all of the long term storage, is done on the cloud. But the company also has an on-premises Edge system. "Currently it uses Nvidia GPUs, and it does the heavy lifting - and is where most of the expenses are," Fisher said.

To identify a customer, without turning to biometrics like facial recognition or palm prints, Standard just uses the phone in someone’s pocket.

The idea is to be able to recognize items when they are picked up, and track them all the way out of the door. When the picking-up action is blocked by the person, the system instead looks at the shelf to see what is missing. For some items, the difficulty is not in recognizing the product, but instead the version - a large and a small chocolate bar look incredibly similar, for example - and for this the company relies on zoom lenses in addition to the wider lenses.

To identify a customer, without turning to biometrics like facial recognition or palm prints, Standard just uses the phone in someone’s pocket. Users have an app with their details, and when they leave, it sends them a message with all the items it’s worked out that they have bought.

“Behind the scenes, we're communicating with your phone and trying to work in collaboration to figure out ‘okay we’re gonna go in and charge you for the Slurpee that you're grabbing at the convenience store.’”

All that data could also prove useful to retailers for item stocking, as well as for pickers who are paid by the likes of Instacart to fetch produce for others. “We know, down to the centimeter, where everyone's standing and where every item is. So we can start doing routing in stores and saying to pickers ‘here's the fastest way you're going to get through the store to get those 27 items that you're looking for.’”

This potential goldmine of data will also be stored in the cloud. Standard chose Google for cost and AI reasons - and importantly, because it’s not arch-rival Amazon.

"Most retailers don't want to work right with their biggest competitor, and there are horror stories from past retailers that have partnered with Amazon,” Fisher said. “They ask which cloud provider we use, because they won't work with you if it's on AWS, because they don't want a single one of their dollars, even if it's indirect, to go to Amazon.”

It’s this sentiment that also reassures him that his business won’t be swept away by Amazon Go, the Seattle company’s very own cashierless initiative that it is trialing in its own stores, but also hopes to sell to other retailers. 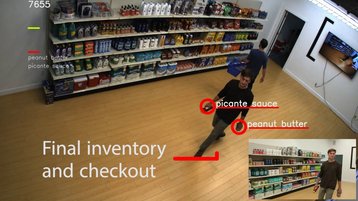 Given their fears over simply using Amazon’s cloud, it’s debatable how many retailers will freely hand over their shopping processes to the company. Instead, Standard and a bevy of rivals hope the threat of Amazon’s competition will encourage those retailers to use their competing platforms - ones that ideally will work from shop to shop.

But that still leaves the possibility open for the other two major cloud providers to step into the ring. Both Microsoft and Google have retail customers, AI chops, and buckets of money. Plus, neither inspire the same level of loathing amongst retailers.

"Google and Microsoft are both investing heavily into retail and its analytics through cloud solutions. They both recognize that it's a massive market,” Fisher said. “What they haven't done, though, is turn their AI engines towards retail in this sort of computer vision way.”

If they did, though? “I don't want to say I'm scared of Microsoft and Google. But certainly, if they entered the space with a mature technology platform. Then I would be… well we still have a great team, we've raised close to $100 million, we're over 100 people.”

Should it turn into a head-to-head fight between tech giants and startups, the crown may go to the company that best solves that initial pitch: Zero friction.

“It's common to wait a few minutes after you leave the store before the receipt gets to you. And we're always working on reducing the latency ahead of our competitors, we're always going over to Amazon Go stores and making sure we're measuring their latency. I think this is going to be a constant arms race over the next couple of years.”

Thank you! Your confirmation will be emailed to you shortly.