America’s second-largest grocery chain, Albertsons Companies, plans to use Microsoft Azure as its "preferred cloud platform," along with Microsoft 365 and Azure AI features, to improve the retail experience.

The decision mirrors those of Walmart and Target, which shifted away from Amazon Web Services after concerns about funding the e-commerce giant that has its own physical retail aspirations.

Albertsons is currently owned by a 'distressed investing' specialist - private equity firm Cerberus Capital Management - and operates more than 2,000 stores across its subsidiaries that include Safeway, Acme Markets, Tom Thumb and Randalls. 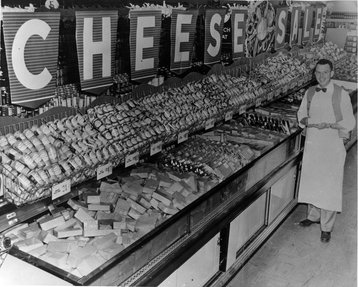 My enemy's enemy is my cloud provider

“We are reimagining the future to serve customers in a way they want to interact with us across all channels,” Anuj Dhanda, Albertsons EVP and CIO, said.

“Our partnership has already produced an innovative way to save time at the gas pump. Microsoft’s strengths in cognitive technologies, artificial intelligence and data science applied at scale at Albertsons Companies will transform the customer experience in our stores and digitally.”

Its unclear how Albertsons plans to reimagine the shopping experience, but a trial pilot uses Microsoft Azure and geo-fencing to allow customers to complete "almost all" of the steps required to pay for gas without leaving one's car.

It is quite possible that, in an effort to pursue "frictionless retail," the company is also planning a checkout-free system, where shoppers can simply walk into a store, pick up their shopping, and leave - without having to suffer the ignominy of talking to another human, or interacting with a machine.

This concept has been promoted by Amazon under its 'Amazon Go' brand, which started employee-only tests in 2016. However, one of the first publicly available roll-outs of a post-cashier approach came from Google when it trialed the Hands Free program in 2015.

Hands Free allowed customers to pay with their face, or by saying their initials, in a limited number of McDonald's, Chick-fil-A, and Papa Johns stores. It proved unsuccessful, though, and was officially canceled in 2017 - with the announcement video removed from YouTube, and only available on Daily Motion.

In a post announcing cancellation of the service (also removed, but available through the Wayback Machine), Google said that it is "now working to bring the best of the Hands Free technology to even more people and stores."

The launch of Amazon Go caused a flurry of activity in the checkout-free space. Walmart confirmed last year it was working on a similar system, while Microsoft is thought to be pitching its own take to retailers.

Such systems would require a large number of cameras and sensors, some level of artificial intelligence and, of course, edge and cloud computing to process and store the resulting data.