Due north: data centers in the Nordics

As the data center industry keeps growing, the competition between Nordic countries as the perfect places to host servers is intensifying. The region is an infrastructure builder’s dream come true, with its cold climate, abundant renewable energy sources, political stability and a highly educated workforce. But even if you decide to build or host in the Nordics, there are still four options to choose from – and the choice isn’t simple.

Google has chosen Finland – a country that currently enjoys some of the cheapest electricity in Europe. Its only Nordic data center is located in an old paper mill in Hamina, with servers cooled by seawater.

In Norway, they are digging down and using fjords for cooling. Lefdal is building Europe’s biggest colocation campus in a disused mine, close to a Green Mountain facility that’s set inside a former NATO ammunitions store.

Iceland is colder than its neighbors and has unrivalled access to geothermal energy. The country is home to companies such as Verne Global, which runs a data center on a 45-acre campus on a former naval air base just west of Reykjavik.

And, finally, Sweden uses district heating systems to turn hot data center air into cold, hard cash and hosts Facebook’s famous Luleå campus. Servers that power the social network are actually located outside the city of Luleå, in an area known as the Node Pole, which is shaping up into a model for successful data center development in Sweden.

The Node Pole Today, the Node Pole is spread across eight different locations, all of which have ample space, connectivity and power supply for domestic and, more importantly, foreign data center developers. 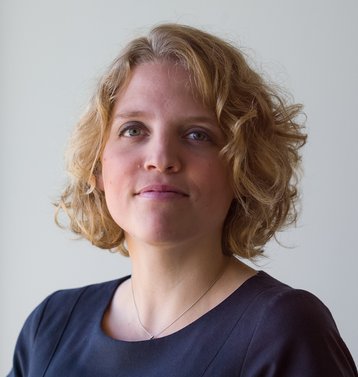 “We have sites that are big enough to host six or seven buildings the size of Facebook’s Luleå 1,” says Anne Graf, development director for the Node Pole project. “Infrastructure is really important, but so are people. We’re moving away from physical infrastructure towards intellectual infrastructure.”

The Nordics have everything to play for: according to the latest Global Cloud Index published by Cisco, overall data center traffic will triple between 2014 and 2019. And guess what? The Nordic data center market is expected to triple the amount of power sold to data centers, but much sooner – as early as 2017, according to BroadGroup.

A whopping 8.5 percent of Sweden’s GDP already comes from the ‘internet economy,’ and the country aims to hit 10 percent soon – on a par with Britain, where, according to the Boston Consulting Group, economic contributions of digital businesses have surpassed the manufacturing and retail sectors.

“To have a strong service sector you need a very strong digital infrastructure; you need digital services,” says Tomas Sokolnicki, senior investment advisor for ICT at the Swedish Trade and Investment Council.

“Therefore data centers, connectivity and fiber are extremely important. We think it’s going to be a new base industry for Sweden.”

And if data centers are the flesh of the digital economy, electricity is its lifeblood. A recent report commissioned by the Swedish government has recommended lowering taxes on electricity consumed by data centers by a further 40 percent.

Data centers in Finland currently enjoy lower energy costs due to lower taxes, but the situation could change dramatically, since the underlying pre-tax cost of electricity is lower in Sweden than any of its neighbors – thanks to countless hydroelectric dams.

Electricity in Sweden is heavily taxed, but a campaign is urging the government to recognize data centers as an industry on a par with manufacturing – and eligible for a virtual exemption from the power tax. The issue will go before the Swedish parliament, and if the lobbying efforts are successful, electricity costs for data centers in Sweden could go down by a quarter by 2017.

Sokolnicki thinks this ‘race to the bottom’ cannot go on indefinitely – sooner or later, all of the Nordic countries will arrive at the same energy price level, and will go on competing for data center projects based on policies and regulation.

And Sweden offers plenty of benefits beyond low cost. Skills are one. Another is the unique properties of its power grid, which are not easy to replicate anywhere else. “We have this long, long tradition of energy-intensive industries. The whole grid and the infrastructure was built for those guys,” Sokolnicki explains.

If a steel-smelting facility loses power for a short while, it can be a major disaster as the solidifying metal can cause serious damage. A power grid designed for metal processing and other heavy industries is more than capable of ensuring the ‘five nines’ availability prized by data center designers everywhere. The Node Pole hasn’t had a blackout since 1979.

Some of the benefits are more unusual: Hydro66, a British company that recently opened its first data center in the Node Pole, has built the facility using traditional Swedish architecture and local materials, with a net negative carbon footprint. 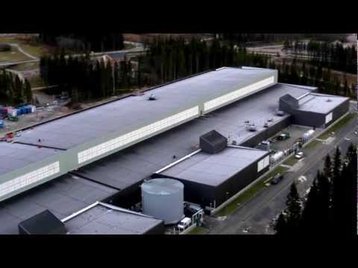 The availability of hydroelectric power – there are 18 dams on the Lule River alone – has enabled the company to eliminate the need for gensets or UPS. “The backup for our main hydro station is the next hydro station up the river,” says Andy Long, CEO of Hydro66. He explains that even when you buy ‘green’ electricity in one of Europe’s capital cities, some of it will be lost as it travels down the wire. By locating its data center close to the power source, Hydro66 is using electricity that would otherwise be lost in power transmission. It’s not lowering the total cost of ownership (TCO), but it’s good for the environment – and for the utility companies.

“We couldn’t have done this five or 10 years ago, because the cost of bandwidth would have been too high,” Long says.

“Now you can get 10G across Europe, just about anywhere, for a couple of thousand euros a month. So it’s time to ship data to the power instead of the other way around. We say ‘ship photons, not electrons.’”

Taking all of the above into account, Long says that hosting servers in the Hydro66 facility would cost about a third of what a customer might pay for the same service in London, and the latency would still satisfy 90 percent of applications.

“But it was in the Node Pole region where we really found that ideal combination of expandable infrastructure, of renewable energy, but also the support network. We wanted something more than ‘here’s your plot of land and a cable, off you go.’ Especially when the planning permission forms are in Swedish.

The Swedish approach could indicate that the industry is evolving beyond its obsession with numbers – beyond the holy trinity of power, network and space.