Do Aerostats offer an alternative to HAPS and LEO satellites? 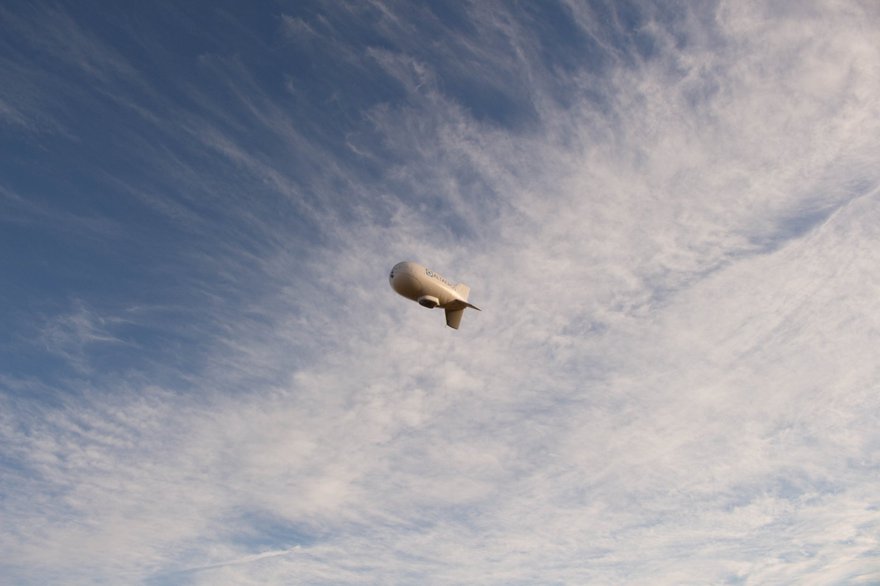 At the same time that companies are investing in airships, fixed-wing HAPS platforms, and LEO satellite constellations, a number of companies, especially telcos, are looking at using tethered drones or airships – also known as aerostats or blimps – to provide temporary Internet connectivity in events such as natural disasters.

In 2018, KT Corp revealed its 5G Emergency Rescue Platform known as Skyship. A ground station would beam 5G to the skyship, which would then broadcast signals to nearby drones and robots. In the UK, BT’s EE has previously tested a tethered drone and balloon concept known as ‘air masts’ for use as temporary coverage masts. The company used balloon technology from a company known as Helikite in 2017 for a Red Bull cycling event in Wales. Last year, FirstNet One deployed an LTE blimp for the first time in the aftermath of Hurricane Laura to support AT&T’s response effort in Louisiana.

Free-floating airships or balloons have to generate their own power and find a way to connect both to the providers’ network and the customers they are trying to connect, but aerostats offer a simpler middle ground, getting power and network feeds from a cable.

“We don't typically go over 1,000 feet/300 meters or so. That is our level of high. We're like the low and slow version of high altitude platforms,” says Joe Ryan, VP of business development at Altaeros, an MIT spin-off backed by SoftBank.

The company’s tethered platforms stay in a fixed position, and remain fully connected to the ground with fiber and power lines. Like HAPS, aerostats can connect areas that are underserved or where terrestrial networks are affected by natural disasters. Providing coverage for IoT networks in remote areas is also a potential service.

“You can put any equipment that one would normally see on a tower on an aerostat,” says Ryan. “It may not be 30,000 feet in the air but it's substantially higher than your average tower, giving it the ability to broadcast the wireless signal a lot further.”

The business case for connected blimps

Ryan says that a single aerostat can provide coverage equivalent to around 15 separate towers because of this height advantage: “Having to build 15 towers is a difficult business case to cover a rural area; 15 towers, 15 separate fiber or microwave connections, 15 separate power setups, I don't see anyone replacing existing systems, but putting this up in remote areas makes it affordable and makes it doable.”

Ryan also says the company is signing an agreement with a “major tier-one wireless carrier within the next few months” to provide emergency services in the event of a disaster.

“We’re also working with other markets like mining and government markets, anywhere where they need something that is able to provide communications over a very wide area.”

While most blimps or aerostats require a team of five to 10 people on-site, Altaeros’ platform is automated, and will climb and descend as the weather allows without the need for human intervention.

“It doesn't fly, but it controls itself in the air,” says Ryan. “It's able to keep its station and stay in one place.”

The platforms are deployable via truck or even helicopter and could theoretically operate for years at a time with minimal interruption, although every 30 days a person must attend the platform to replenish lost helium. Aerostats avoid zoning regulation and only require a Notice to Airmen (NOTAM) and some onboard lights to ensure they are visible to any aircraft in the area.

Ryan says in the future Altaeros is looking to reduce the size of the platform where possible, and is also hoping that the platforms will be able to integrate with LEO satellite constellations to act as a relay and provide connectivity without the need for a ground-based receiver.

Mobile operators don’t want fixed assets; just as they are selling off towers and providing connectivity services, Ryan expects most mobile operators will lease aerostats or buy them as a service, especially now their deployments can be largely automated.

“Most wireless carriers, they don't even want to be in the business owning of towers anymore. The idea of a wireless carrier owning aerostats that have a crew of five to 10 is just silly, that was never going to happen.”

In theory, a HAPS deployment could operate in any environment regardless of the infrastructure on the ground, but aerostats need at least some existing infrastructure. However, HAPS are still very much in the development phase, while aerostats are a tried and tested technology that is ready for deployment.

“Rural coverage, emergency coverage, you need a lot of tools in the toolbox to be able to do it, from towers all the way up to HAPS,” says Ryan. “And most of these things don't overlap with each other. We just happen to do it a different way and provide a little slightly different service.”

“I suspect we'll see a lot more aerostats in the next five years, and I believe that we will be complementary with the LEO satellites.”