With the DCIM market set for growth, we profile some of the main players 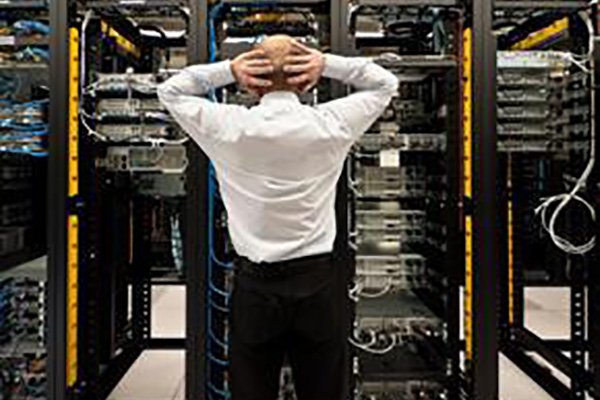 The DCIM market is expected to grow from $731.5m this year to $2.81bn by 2020. In the following pages, we profile some of the key players adding to that growth. 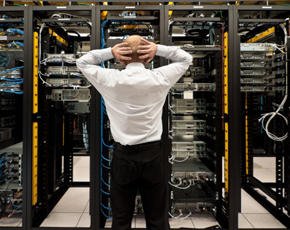 Data center infrastructure management (DCIM) has been a controversial area. The basic concept is that data centers contain a lot of IT power, as well as a lot of basic infrastructure. Couldn’t they run more efficiently if the infrastructure were put under intelligent control?

Around 2010, as data centers expanded, the DCIM model got a lot of publicity, dozens of players emerged, and venture capital firms invested heavily. But then actual sales grew slowly, and it was widely perceived that DCIM was a bubble.

In the last couple of years, expectations have been revised downwards, and the players remaining are being realistic about their prospects. So now seems a good time to round up the major names.

This is not a comprehensive list of DCIM vendors—but it does include many of the players we think are making a difference.

This article appeared in the March issue of DatacenterDynamics magazine 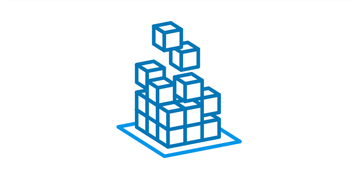 Late last year Ericsson entered a strategic partnership with ABB and its software was integrated with Ericsson Cloud System – an infrastructure stack aimed mainly at network operators. At the same time, Ericsson announced Hyperscale Datacenter System 8000, the first ever appliance to be based on Intel’s Rack Scale Architecture. 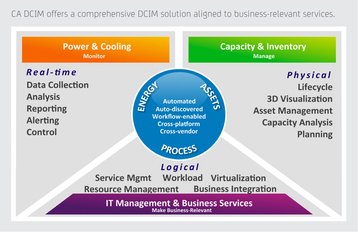 The company took a step back from the market last year and while it will continue to support existing customers - providing services, maintenance releases and infrastructure tool sets - it is not selling to new customers. CA DCIM is a web-based centralized solution for monitoring power, cooling and environmental factors across facilities and IT systems in the data center. CA DCIM encompasses three critical areas: power and cooling, capacity and inventory, and IT management and business services.

The CA DCIM solution is comprised of CA ecoMeter and CA Visual Infrastructure. The combination of the two products allows for monitoring and management of power, space, and cooling data. Critical differentiators include: streamlined data collection, support for devices from a wide range of vendors and ability to create standard and custom metrics such as PUE. 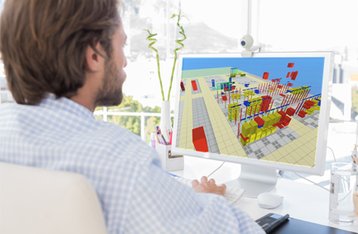 Commscope sees the growth of the IoT as the key to DCIM adoption. It believes that business users have an expectation of on-demand access to data from the cloud, with the same user experience they have when accessing data residing on the device. 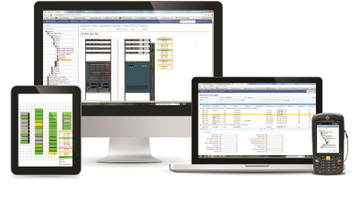 Talking exclusively to DCD recently Cormant said that the continuing shakeout in the DCIM space was set to gather some pace this year, as the international market matures. It said too much was being expected of DCIM implementations too soon. Cormant has been in production as an Infrastructure Management (IM) solution for data centers, campus and enterprise IT environments world-wide since 2003. That makes Cormant-CS IM suite one of the most mature DCIM solutions. 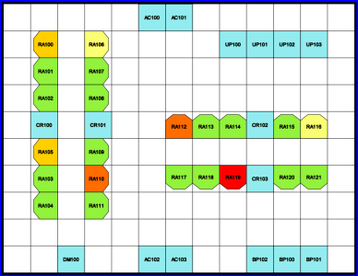 Device 42’s take on DCIM is different – its software is downloaded. The company has been going since 2011. It has recently integrated its DCIM software with PDUs from Enlogic Systems. Device 42 users buy annual licenses based on the number of devices. The software is easy to use and supports power monitoring, power control and software license management as bolt-on modules.

The Trellis platform for data center infrastructure management is on its third major release since its initial launch in 2012. It was built through internal development at Emerson and through the acquisition of Aperture and Avocent - both early pioneers in this space.

Emerson has recently added new capabilities and modules to its Trellis platform. These include the addition of Trellis Thermal System Manager, an integrated management and environmental monitoring module, which allows users to track the thermal profile of their data center to each device. 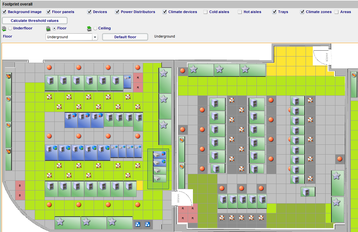 FNT is a German DCIM player which has built out from its home marketplace and expanded into North America, EMEA and the Asia Pacific regions over the last few years. Its flagship product is FNT Command which consists of four practice-oriented, standardized software modules. These modules can be combined to handle the required data center tasks or end-user services.

Geist designs power, cooling and DCIM products for the data center industry. The company entered the DCIM market in 2007 with Environet, a monitoring tool for the management of power, cooling, security, fire and safety.

By 2015 Geist had expanded the offering into Environet Asset and renamed the first product Environet Facility. The two modules are designed to operate separately but can be used together. Last year Geist launched a new worklfow engine with a revamped interface which automates acquisition of asset management information. 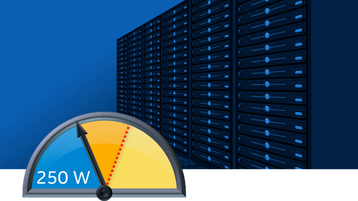 Intel’s DCM division recently hit the headlines with a survey that revealed 75 percent of respondents who have deployed DCIM did it primarily to cut their costs. The survey also discovered that only 53 percent of IT managers use DCIM.

Intel Data Center Manager is a power management solution for the data center which provides real-time power and thermal monitoring and management for individual servers, groups of servers, racks and other equipment such as power distribution units. 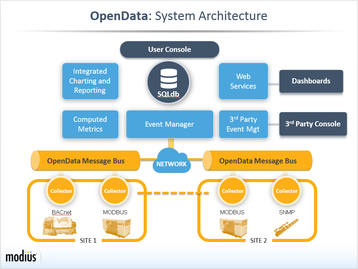 Modius is a US-based vendor which provides DCIM solutions designed to collect and normalize performance data from devices like IT and network equipment, wired and wireless sensors, applications (BMS, CMDB, ITSM, ERP), and supporting building infrastructure (power, cooling, security). Founded in 2004 Modius has most of its customer deployments in North America and Asia. 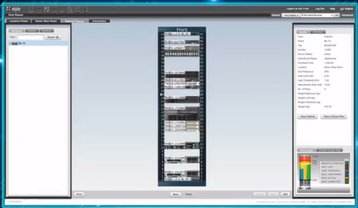 Originally founded in the UK in 2004, Nylte is considered a pioneer in the DCIM space. The recent acquisition of Fieldview Solutions has bolstered the company’s ability to provide something it calls data center service management (DCSM), positioned as the next evolution in connectivity to critical IT systems. The company says DCSM products such as Nlyte for BMC ITSM bridge the often-overlooked divide in IT organizations.

FieldView Solutions has been developing its DCIM software suite since 2006. Its latest release – the 17th iteration - was launched in March 2015. Nlyte has been operating in the same market even longer. The company has just earned VerAfied status for its DCSM, which means it has been certified with the Veracode VerAfied DCSM security mark.

Nlyte’s DCSM is meant to work alongside ITSM from other vendors, namely BMC, HPE and ServiceNow. One thing that these products were apparently missing was real-time event management, an area FieldView specializes in. 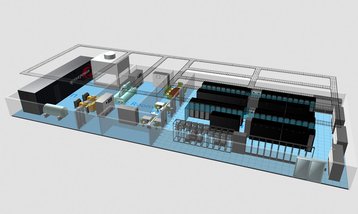 In May 2015 Geist and Optimum Path announced a partnership to collaborate on technology solutions to improve the management of data centers. The goal is to leverage each company’s respective technologies to provide comprehensive solutions for the DCIM marketplace.

Optimum Path was founded in the US and has been going strong since 1999. The company specializes in DCIM software and concentrates on the development of advanced visualization and infrastructural management technology. It sells direct to corporate and colocation users but also has international OEM relationships. Optimum Path has two products: Visual Data Center and Visual Cloud Manager which focus on the visualization, multitenancy and ITSM integration.

Panduit acquired data center cooling control specialist SynapSense for an undisclosed amount just over a year ago. It has integrated SynapSense’s software and sensor hardware into its DCIM platform, and is using the technology as part of its strategy for the Internet of Things (IoT). 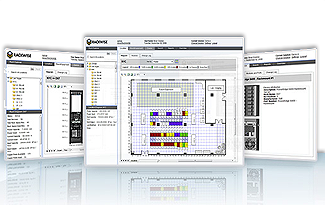 Rackwise is a pure-play US-based DCIM provider which was established in 2005. Rackwise is the only publicly traded pure-play company in the DCIM market.

The company sells software for the enterprise such as its flagship product, Rackwise DCiM X, through partners like Unisys but also sells direct through its small salesforce. It is known as an agile performer. 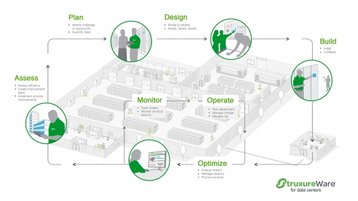 A management software suite designed to collect and manage information about data center assets, resource use and operation status throughout the lifecycle. This information is then distributed, integrated, and applied in ways that help managers optimize the data center’s performance.

Schneider recently revealed it is testing a microgrid system which includes a 400 kilowatt photovoltaic system, to develop, test and showcase microgrid energy management solutions. The company’s microgrid controller and StruxureWare Demand Side Operation will optimize use of photovoltaic energy, its storage and any of the client facility’s existing generator sets during grid-connected operation. 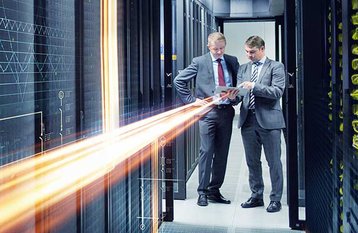 Data Center Clarity LC is a data center lifecycle management platform powered by Siemens PLM Teamcenter and NX technology. It is based on Siemens’ Product Lifecycle Management (PLM) software, which has been in use for 20 years. Siemens plans to re-launch its DCIM range in Singapore in September 2016. Over nine million PLM licenses have been issued, and customers include NASA who used the software to digitally design, simulate, analyze and assemble the entire Curiosity Rover currently exploring Mars. The solution is shared by IT and facility operators in the data center to manage, in real-time, assets, work orders, and workflows involving multiple parties.

Based in Somerset, NJ, Sunbird serves 1,000 DCIM customers worldwide. The company was formed when Legrand bought Raritan’s business in September 2015.

The name of the product is dcTrack, and it promises to enable data center operators to better manage tasks and processes. Detailed information about data center infrastructure and visual mapping helps logical placement of all IT equipment and keeps track of data center assets. When integrated with a change management system for workflow functionality, dcTrack claims to aid ROI, especially during any data center relocation, consolidation, or new build project. dcTrack can be deployed as a standalone DCIM operations solution or with Sunbird’s DCIM monitoring software - Power IQ for power and environment monitoring.