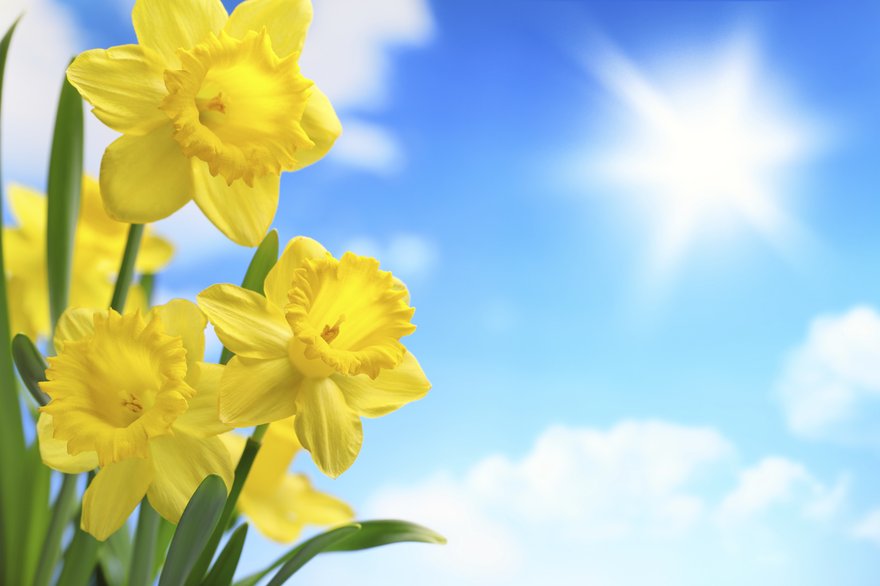 Over the past four years, the DCD Intelligence Census has consistently revealed a gap between the number of companies thinking about DCIM and the number going on to deploy it. But it looks as if things are changing - while other evidence from vendors suggests a new reality to the field.

The proportion of the global sample considering DCIM has remained consistently in the 30-40 percent range since 2010, while the proportion investing remained below 20 percent until the 2013-14 time period. 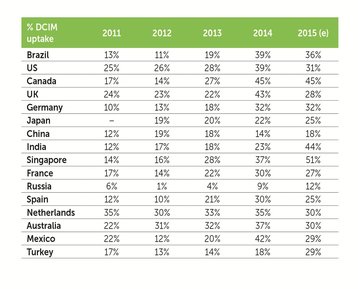 Deployment of DCIM within selected market 2011 to 2015 – DCD Intelligence

The sample we are referring to here includes almost 3,000 owners and operators, 24 percent of whom operate on a global or multinational basis, and a further 47 percent of whom have multiple locations across a continent or within a market. Between them they use over nine million square meters of data center space (a total boosted by the presence of a number of large and global colocation providers within the sample), although the rise of the cloud and virtualization means less of their capacity is now housed in physical racks. Nevertheless, the sample would appear to represent the core constituency for DCIM at the upper- and larger-end of the global data center market.

The gap between intention and deployment is unusual. For most data center technologies and solutions, the reverse is usually true – the eventual level of deployment is usually higher than was anticipated. Not everyone can accurately predict future needs, and for essential technologies such as cooling, power protection and distribution equipment, along with IT investments that enable convergence, 25–40 percent of investments are not anticipated in advance.

The other solutions that share a similar profile to DCIM are non-traditional technologies such as containerized and modular solutions. 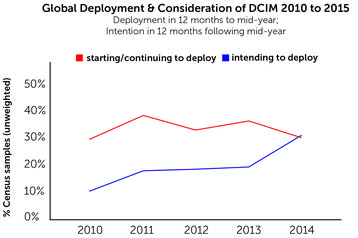 Why does DCIM have such strange buying patterns? Some of it is due to convoluted decision-making and deployment processes. Each year from 2011, around 25 percent of the deploying organisations have been new entrants, while the remainder continue to invest in an existing process.

There is also some flexibility about what DCIM actually means. Industry terms like the Tier reliability categories and PUE (power usage effectiveness) tend to get diluted from their original precise, controlled (and patented) definitions, towards more general statements of principle.

So, even breaking the silo structure that collects and looks at the spreadsheets can be deemed as part of the DCIM process.

All available evidence suggests that the proportion who have invested in branded DCIM solutions is nothing like 30 percent, or even 20 percent. Respondents are describing a process and a way of looking at the information that comes from their data centers, rather than a specific set of products.

The broader reasons for the state of affairs at least until 2013 have been covered extensively in DCD media and elsewhere – suspicions of a vendor conspiracy (or at the very least of a sledgehammer-nut scenario), failure to demonstrate more precisely where the return on investment comes from, and a lack of adaptability that seems at times to take a leaf from the approach used for ‘high in fibre, low on taste’ cereals.

At the same time, the looming specter of big data may lead to fears of “letting the wrong one in” and creating your very own in-house source of big data. The accelerating trend away from IT that is located and managed in-house may also make earlier incarnations of DCIM look dated. Given this, what has changed over the past 18 months to spark DCIM deployment back into life? 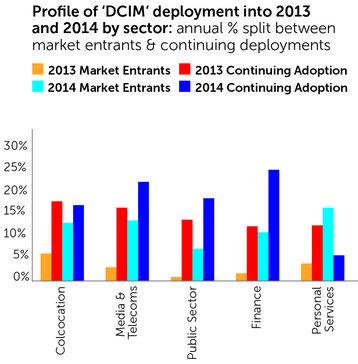 The first analysis is that the proportion of investors (companies rather than dollars) that are entering the market for the first time has risen strongly from 3.9 percent to 10.6 percent (while those continuing with a previous investment have risen more sedately from 15.5 percent to 19.6 percent). Noticeable increases have occurred among personal service companies (retail, travel, tourism, hospitality), media/telecoms and colocation.

These sectors indicate another factor in growth – that DCIM has moved across strongly into shared facilities – and in so doing can capitalise on some key industry mega-trends. Analysis indicates also that deployment has moved into smaller and more localised end-user portfolios.

Increased investment in DCIM is still designed to help with the perennial drives for investment – reducing operational expenditure (opex), keeping a tight watch on energy consumption, or minimizing

service interruption. But it is a lot more than that. The big change is that the data center world is shifting towards converged facilities and a more strategic approach. It is this change that is creating a demand for information systems that inform the transitions using real data.

The key to the deployment of DCIM therefore lies not inside the data center, but around it. DCIM systems have attracted adverse comment for their ‘wholistic’ nature – an aspect that has been over-promised. Paradoxically, this characteristic now lends itself to a strategic context that engages all layers of the data center stack.

DCIM has long suffered from perceptual issues, but now it is finding a real demand. At last, DCIM seems to be emerging from its years of struggle.