Developing countries including China will fuel colocation’s next big expansion

To get a clear picture of an industry sector, it sometimes takes an industry outsider, or an insider who has just stepped outside of the industry maelstrom, to provide a clear overview. Mike Tobin, ex-CEO of TeleCity, a company now owned by Equinix, is in just this position and gave us some interesting insights into the colocation market.

Tobin thinks that developing countries – particularly China and Africa – hold the key to the next big expansion in colocation markets. Operating in those markets will separate the losers from the long-term winners.

The internet giant also has data centers in Hangzhou, Qingdao, Beijing, Shenzhen and Hong Kong, and has a 23 percent share of the domestic cloud market.

China’s move to the forefront of the world’s digital economy is leading to high growth in data center space, which DatacenterDynamics intelligence (DCDi) suggests will continue for the next five years.

China Telecom, the largest internet data center provider, has more than 320 commercial facilities available for lease all over the country, followed by China Unicom, with around 220. Carriers are developing the next generation of cloud data centers in the western and northern areas of China, such as Inner Mongolia and Guizhou.

In terms of locations, the 255 data centers are distributed in 26 provinces, autonomous regions and municipalities. Half of the 65 mega and large data centers are located in, or close to, energy-sufficient and cold-climate regions. A dozen of them are used mainly for disaster recovery.

Developing countries – particularly China and Africa – hold the key to the next big expansion in colocation markets.

Hawkins Hua, a South East Asia-based senior researcher with DCDi, says: “One data point we can provide regarding China data center size is that 90 percent of them are the smaller ones. In regards to the energy use, mega data centers undoubtedly consume more power, but we have no specific comparison between mega and others, since no local data is available for us to answer that question. However, overall the power consumed by data centers in China approximately accounted for 1.5 percent of total social power consumption.” 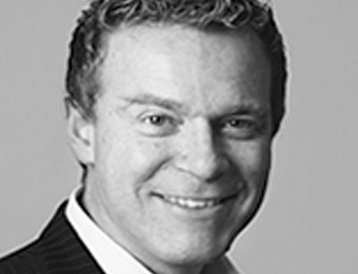 Generally, cloud business models are settling down and the promise of the cloud model to provide more compute power with fewer resources is proving to be a continuing threat to those colocation players that remain tethered to the physical layer.

All colocation outfits are examining their offerings in the knowledge they will have to keep investing as much as possible in superior interconnects and lower latency.

Figures from DCDi suggest that the established markets in Europe and North America will continue to fall compared with major merging markets, so the opportunities are very obvious.

Amazon Web Services has no data center in the Middle East, and neither do the Microsoft Azure and Google Compute Engine platforms, meaning that latency rates are high since their African clients end up being rerouted via Ireland, Europe or Singapore.

This research reveals there is still a high degree of hesitation (77 percent) among companies about externally located and managed cloud systems. Since the fear of private and hybrid cloud models, at respectively 73 percent and 53 percent, are lower, they indicate that colocation is still seen as a safer move for corporates.

The biggest lesson of the present period is the growth in the stream of hosting and managed services offered by providers using cloud, since cloud can replicate and abstract these higher-value services more conveniently, flexibly and cheaply than colocators can.

Once the problems are sorted out, it’s time to work on Africa.

According to China’s Ministry of Industry and Information Technology (MIIT) of the People’s Republic of China (PRC), 255 data centers were planned or built across China from the beginning of 2011 through the first half of 2013. The total figure comprises: