The Scorpio Project, has given birth to the ODCC, which is creating all-in-one rack server designs

There’s a worldwide trend towards open source hardware right now - and China doesn’t intend to be left behind. A government-backed scheme is creating standards for data centers, starting with the servers.

Facebook started the Open Compute Project (OCP) initiative in April 2011 to share stripped down hardware designs among industry players. The project has produced designs relating to power and cooling systems, racks, compute nodes, storage building blocks, and network switches, all intended to provide a compatiblebase level on which vendors can innovate. 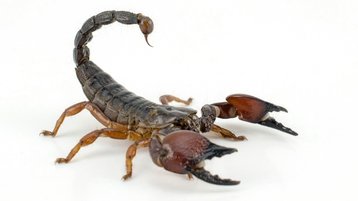 Six months after the launch of OCP, in October 2011, China’s top three internet players, Baidu, Alibaba and Tencent, launched the “Scorpio Project” with support from Intel, to develop and test all-in-one rack servers.

Scorpio grew rapidly. In 2012, China’s Academy of Information and Communication Technology under the Ministry of Industry and Information Technology (MIIT) joined the Project. In 2014, the Open Data Center Committee (ODCC) was established, extending Scorpio’s work from all-in-one rack servers, to include micro-modular data centers. The ODCC aims to ensure that China’s modular data centers and servers are open, innovative and offer a win-win advantage.

As more people get involved in open source hardware, all-in-one rack server standards are a key subject. In 2012, the Scorpio Project rolled out the Scorpion 1.0 standard, andfollowed with Scorpion 2.0 in 2014. It is now working on Scorpion 3.0, which is expected to absorb the modular design as a key element, aiming to help domestic data centers to save money.

What is the difference between these versions?  DatacenterDynamics asked Dr Baohong He, vice chairman of the ODCC  and deputy director of the Communication standards Institute of the China Academy of Information and Communication Technology in an exclusive interview. 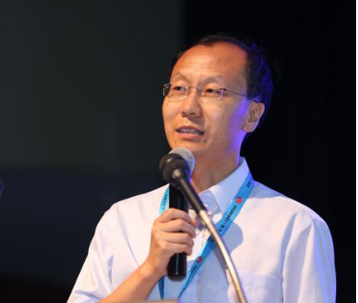 “Compared with Scorpion 1.0, Scorpion 2.0 makes updates to the width and height of racks, and introduces unified customized power supply systems, and unified hardware interfaces, aming to reduce cost by promoting standardization, said Dr He. “Now, we have initiated our preliminary study of Scorpion 3.0 standards and plans to unveil its blueprint this year.”

Servers have witnessed few physical changes for a long time, mainly because large server vendors are not able to, or not willing to make innovations there. But in China, major internet players are driving changes to server standards, by proposing bold innovations that better meet their business needs, according to Dr. He.

“The first two versions of Scorpio were mainly driven by Baidu, Alibaba and Tencent, along with the participation of the China Academey of Information and Communication Technology, China Mobile, China Telecom, Inspur, Huawei, Dell and NVIDIA, and with Intel as the technical consultant,” Dr He told us. “The third version is expected to involve even more enterprises and experts in a joint effort to promote innovations in the whole industry chain.”

Dr He continued: “Prior to this, China’s major IT innovations are mostly driven by government bodies, research institutes or manufacturers, with users taking a passive stance or simply being observers. However, the Scorpio standards of  all-in-one rack servers are mainly driven by the user side or the demand side. This is a big change. In addition, the open source project is extending its influence to the whole industry by making breakthroughs in a single area.”

Driven by new technology trends including internet, mobile internet, cloud computing, and big data, China has a growing demand on servers. According to Gartner, China’s X86 servers hit 11.26bn CNY in sales volume in Q4 2014, with a growth rate of 24.4 percent compared with Q4 of the previous year.

Along with such remarkable growth on the demand side, there are also  changes in the types of servers that users require. As cloud is gaining increasing momentum, traditional servers can hardly meet internet giants’ requirements for massive development of IT resources in a rapid and flexible manner. To better cope with problems of traditional servers including huge energy consumption, a long deployment cycle, and complexities involved in operation and maintenance, integrated and customized servers have become the new irresistible technology trend.

In this context, the ODCC rolled out Scorpion 2.0 for all-in-one rack servers. Servers that comply with this standard adopt a modular design, and integrate six subsystems including racks, networks, power supply, servers, concentrated heat dissipation, and concentrated management systems.

“All-in-one rack servers are easy to deploy, boasting a cost advantage and low requirement for environment. Their advantages in high density development, low energy consumption and integrated operation and maintenance enables them to replace blade servers. Such rack servers have become the core architecture of data centers and will lead the development and reform of servers in the future,” Dr. He told us.

This coincides with Gartner’s observations. The research company notes that all-in-one rack servers which comply with Scorpion 2.0 will become the mainstream of purchases in the country. It predicts that such servers will account for no less than 50 percent of all the servers purchased by Alibaba and Baidu in 2015, and Alibaba even plans to replace all its traditional servers with all-in-one rack servers by 2017.

However, all-in-one rack servers are extending to more industries than just the internet field: “With the rapid growth of IT equipment, they will occupy more space, have higher demand on power, coupled with the growing complexities in operation and maintenance. Government bodies, transportation companies and large enterprises are looking for IT solutions that allow for high density deployment, low energy consumption, and ease of installation, operation and maintenance . Therefore, all-in-one rack servers are finding their way into traditional industries including government bodies, transportation, electricity and telecommunication, and there are already quite a few successful application cases.”