Chile continues to make progress in technology. According to a recent study by DCD Intelligence, the country has invested (US) $875m this year in advances in technology – an increase of 11.5 percent on its 2014 spend. Like its Latin American neighbors – Brazil and Colombia – Chile has been building infrastructure at a rapid rate, as well as carrying out projects to expand its existing infrastructure.

The General Treasury of the Republic of Chile is renewing the software technology platform of its secondary data center, a facility that processes judicial data for tax collection. It aims to modernize its technology, address regulatory changes, and improve the quality of its internal processes. 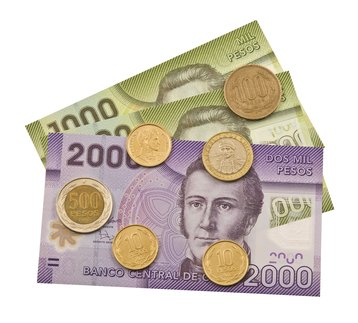 “The renewal is considered a technological change associated with the digitization of records,” said José Luis Bravo, head of IT management at the General Treasury. The update had to address new requirements for document management, and handle the corresponding impact on software and hardware. Specifically, we are updating the core IT technology platform in the data layer,” said Bravo. This includes the database server, high-end and midrange storage, robotic and virtual bookstores, SAN switch and air-conditioning equipment.

The origins of the General Treasury of the Republic date back to the conquest, after the arrival of Christopher Columbus to America in 1492. Now its website describes it as “the public service responsible for collecting, distributing and managing investments and accounts for the General Treasury.”

The General Treasury aims to take an international lead in managing resources, but its main job is to collect taxes fairly, and to distribute the funds to various public agencies. With this update, it intends to provide a tool that can strengthen the tax collection process, so that taxpayers get more benefit and fewer tax surcharges.

The whole project, valued at $20m, is being carried out to support tax reform in Chile. It aims to address the obsolescence of technology and trim the cost of maintenance, while adjusting to the ever-growing demand for the services of the General Treasury.

The project is part of a normal renewal cycle of around five years, and will include the database server, both high-end and midrange storage, robotic and virtual libraries, SAN switch and air-conditioning equipment.

At the same time, the General Treasury is migrating certain critical applications – from Oracle Web Logic 8.1 to 11g – and updating the number of licenses it holds. The country’s budget office (DIPRES) is ensuring that resources are available for the project from 2017 to 2018.

“We are renewing the equipment at the data layer, because it becomes more expensive, with the maintenance cost going up from the fourth year,” said Bravo. The software is being updated to ensure that support is available from the manufacturers, and the capacity is being increased, as demands have tripled in four years, he said.

Thanks to the configuration of the connections within the site and the use of links to other sites, the General Treasury expects to carry out the renovation without any interruption of its services. If any downtime is necessary, it can be programed into non-working hours to minimize impact.

In its main data center, the General Treasury has already renewed air-conditioning equipment that was more than a decade old. In December 2014, it renewed the IT equipment of its primary data center, which is already in operation. The main data center has about 80 sq m, with a raised floor and busbar power. As Bravo describes it, data is channeled through “ladders” circulating on the racks.

The data center also has a system of early fire-detection and suppression, using the waterless FM-200 system. There is closed-circuit TV, and access control using proximity cards and keys. As for power, the data center has a generator and uninterruptible power supply (UPS). The cooling system has four modules, of which only two normally operate, said Bravo, although in summer the facility can use up to three of them.

This cooling system is designed for energy efficiency. “The cold air is injected below the racks through the false floor and removed by the high zones of air-conditioning equipment,” said Bravo. Also, the General Treasury is using virtualization and consolidation to reduce costs and energy. By contrast, the secondary data center has only two air-conditioning units, because the external environmental conditions are more favorable.

Chile is one of South America’s most stable and prosperous nations, with the highest degree of economic freedom in the region. It was the first South American country to join the OECD.