CDNs will take ChinaCache beyond China

A content distribution network (CDN) uses a distributed system of servers in multiple data centers across the Internet to serve content to end-users faster and more reliably. It’s a big market in China, and local players are well placed to expand abroad, according to a leading local exponent, ChinaCache.

CDNs are increasingly important as users come to rely on the cloud, big data and mobile internet, and China is a promising CDN market. China’s CDN market reached 3.04bn CNY ($490m) in 2012, growing 31.6 percent over the previous year, according to a report from CCID Consulting, a research group affiliated to the Ministry of Industry and Information Technology.

CCID predicts continued rapid growth with a value of 7.02bn CNY ($1.1bn) in 2015, and Song Wang, ChinaCache’s founder, chairman and CEO, agreed, in an interview with DatacenterDynamics.

ChinaCache operates 24,000 servers in more than 120 cities across the world, providing basic network application services to customers in Europe, Asia, the Americas and Oceania.

“Traditional third-party CDN providers will soon account for the largest share of the China CDN market, growing at a compound annual growth rate (CAGR) of 24 percent,” he said. 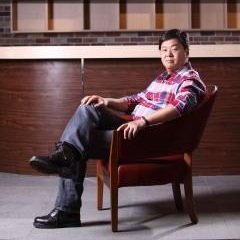 In China, the CDN market is being boosted by the increase in 4G licenses, the application of LTE technologies, and the rapid development of mobile internet, said Wang. The increase of netizens, mobile netizens in particular, and the ongoing growth of bandwidth, have all contributed to the growing network traffic.

“In 2014, the rapid development of mobile internet is still the catalyst behind the fast growing CDN market,” Mr Wang told us. ”Popular businesses derived from mobile internet including mobile e-commerce, mobile gaming, mobile video, and over-the-top content (OTT) are all key drivers for the massive growth of the CDN market.

“By taking all those factors into consideration, we can see that China’s CDN market will enter into a period of rapid growth, growing at about 50 percent,” he told us.

Wang says that both innovative services and partnerships are key for players wanting to increase their share of the CDN market: “In recent years, the CDN business which our company focuses on has been growing at a rate 3 times of those of major CDN service providers in Europe and the USA, including Akamai and limelight,” Wang said.

ChinaCache’s network acceleration services have been applied to many industries including internet companies, government bodies, enterprises and telecommunication operators.

Wang added that new media and e-commerce are also areas where ChinaCache’s CDN services have found more and more application. “For instance, we are the selected CDN service provider for JD.COM (one of the largest e-commerce giants in China), and have helped them to tide over traffic spikes of several of its websites during the shopping sprees to celebrate its anniversaries, and support them to deal with the more than 100 percent growth of orders.”

Apart from the domestic market, ChinaCache is working hard to seize the opportunities brought about by the global CDN market. It has deployed CDN nodes in North America, Europe and the Asia Pacific Region. It has also established subsidiaries in North America and Southeast Asia.

This January, ChinaCache established a subsidiary in Europe with an office in London. This marks ChinaCache’s formal entry to the European market, a move which aims to gradually cover the whole EMEA market with Europe as the core.

Wang said: “The establishment of the European subsidiary will greatly enhance our leading position in the domestic (CDN) industry; and by further cultivating the international CDN market, we will be on par with world-class network service providers.”