The case for a broad ecosystem of data centers in Asia

The first two generations of data centers in Asian hubs such as Hong Kong are reaching the end of their intended lifecycle. With the growing compute requirements and the increase in power consumption for the latest generation of hardware, is there space remaining for smaller or niche data centers?

Charles Fortin, managing director of Collard Maxwell Architects, thinks that not all data centers have to be the same, and that even smaller facilities, or those located in the heart of the central business districts, offer distinctive value that allows them to thrive. 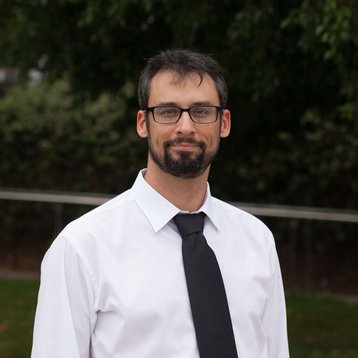 At the heart of Fortin’s argument is the fact that not all organizations have the same data center requirements. There are organizations whose business model calls for low-cost data storage, and for which speed of access is not as important. There are also scenarios where single-digit latency or proximity matters, such as applications in virtual reality (VR), autonomous vehicles, emergency communications and high-frequency trading.

This sheer variety of use cases translate into demand for both edge data centers built in the heart of the city, as well as hyperscale facilities that may be further afield. “We are starting to see capabilities and services provided by different people that shape the location and look of data centers. It’s not that people are moving back [to server rooms] or deciding on one or the other," Fortin said.

"The data centers in the city are growing. The [hyperscale facilities] are also growing.”

He thinks that tightening laws around data privacy and financial data could eventually result in data centers that specialize in secure data storage. Located in a building down the road, such a facility could offer extreme levels of security, accessed via direct fiber optic connectivity.

Of course, this can only happen once enterprises figure out how to separate their sensitive data from information that doesn’t require as much security. Fortin said: “Eventually, we’re going to be looking at the different types of data that we have, and the different kinds of processing that we need.”

The edge data center in town

But how would a retrofitted data center in a central location look like, and what could one offer beyond improved physical accessibility and lower latency? Fortin checked off a list of benefits, ranging from the possibility of power co-generation to support for smart cities initiatives that are springing up around the world.

While he acknowledged that converting an existing facility for use as a data center can be complex, he feels it is just a matter of getting experts with the right specialization. He described how a building designated for preservation was successfully converted by rebuilding the back half, while another building that was deemed too narrow had its floor space increased with the construction of multiple new levels. Both use cases resulted in the preservation of the original structure, while giving it a new lease of life.

Retrofitting existing buildings can be expensive though, and Fortin conceded that the business case must justify the location.

“VR requires latency to be below 5 to 8 milliseconds, beyond that, and people start noticing it and feeling seasick. This means that if you want to do VR or smart city applications, you need to be near to the user. Fast payment processing and certain computing such artificial intelligence, these are the things that require inner city processing,” he said.

The Internet of cows

The biggest mistake that organizations can make would be to let the technology or conformity drive the decision instead of what the customers need, Fortin said, citing person knowledge of two large colocation providers that simply refused to consider facilities close to the city. Instead, they opted for an all-or-nothing strategy of building large data centers in rural locations.

To underscore his point that the drivers behind the choice of a data center should revolve around the problems it is trying to solve, Fortin described a container-based facility that could be shipped to remote places. The container is equipped with a few dozen solar panels for off-the-grid power, and serves as a launchpad for multiple drones that automatically survey and track the location of vast herds of cows on a farm.

Finally, there are also projects focused on delivering raw capacity in the quickest time possible, no retrofitting needed. Fortin described working on a project for Metronode – acquired by Equinix for $700M last year. He said: “They wanted to cut the construction program in half. We did that with different construction techniques to fast-track the development.” 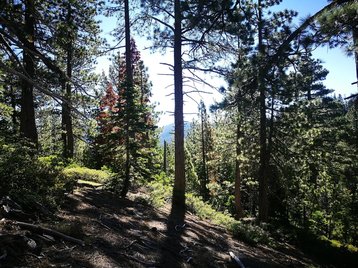 If there is one key takeaway here, it's that data centers can take on many different shapes and sizes, and all have different roles to play in the data economy.

Fortin drew an analogy to how a young forest will have the same species of trees of around the same age, but a mature forest will see lots of different species of differing ages coexisting together. In the continuing evolution of data centers, it is a point worth bearing in mind.

Charles Fortin will be speaking at conference DCD>Converged (Hong Kong) on November 15, 2018 at The Mira Hotel together with 30 local and international expert speakers.

The event is set to explore 3 key trends defining industry activity and investment in Hong Kong – digital transformation & the rise of Edge computing, living between on-prem, colo and cloud and consolidating data centers and extending their life. Featuring a full day of conference & panel sessions, interactive roundtables and an expo showcase, this is an event not to be missed!

DCD events operate on a ‘free-to-attend, by invitation’ model for qualified end-user business executives, managers and technical professionals directly engaged with IT, data centers and cloud infrastructure. Click here to find out which pass you qualify for, and register for the conference.

For further information, please contact us at [email protected]