Bringing connectivity to the edge of the world

Having more international connectivity in Australia is great, though is likely to disincentive content caching and increase the flow of international traffic, says James Braunegg, managing director of Micron21

Found at the bottom of your typical globe, Australia is home to some of the most amazing travel experiences and a growing population: 24.7 million at the end of 2017, according to Australian Bureau of Statistics. With an average of just three people per square kilometer due to the sheer size of the continent, Australia seems like the ideal place to have a conversation about edge computing. Or does it? 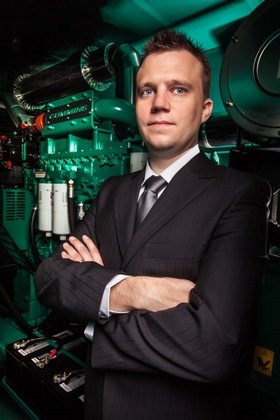 Round peg in square hole

That’s not the case, says James Braunegg, managing director for Micron21 data center, who thinks that deploying edge computing down under is like trying to fit a round peg in a square hole. He explained: “[Edge computing] sounds great in theory. People are so obsessed with the idea, reading the big stories on the Internet, that they forget that [places like] Singapore and Australia are very different geographically and have different challenges compared to North America.”

“This whole concept of edge makes sense in the United States where they have two big states where everything really lives – there’s no big data center in Texas, for instance. In Australia, we have five or six states. But really, the two big ones are Melbourne and Sydney,” Braunegg said, pointing out that the latency between Sydney and Melbourne is just 10 milliseconds.

“What the difference, what’s the point?” he said of building data centers in each suburb. “And you are talking about one millisecond latency from one suburb to another, with probably a couple of thousand people in each suburb. What is the real advantage [of edge computing] here?”

Braunegg is well-versed in networking; when we last spoke to him in 2016, Micron21 was directly peered to 1,600 networks globally – an astounding density for a data center of 100 racks. He told DCD that Micron21 is now peered to around 1,800 networks.

But wouldn’t the deployment of edge facilities in Australia help alleviate the disruption and slowdowns stemming from the frequent submarine cable outages? It turns out that the Internet giants have been solving this problem with content caching: “Because it is too expensive to send the traffic to Australia, the Google’s and Netflix’s are already caching stuff here.”

With the bulk of data available locally, the reliance on overseas connectivity is hence greatly reduced: “Seventy five percent of the Internet traffic across the world is Google, Netflix and Akamai. [With caching], it is fair to assume that the traffic portfolio of the typical user to be 80 percent domestic and 20 percent international.”

Put simply, the bulk of what the average user in Australia wants to access on the Internet is available locally, and is a mere one to two milliseconds latency away.

Various organizations have been working to improve Australia’s connectivity to the rest of the world. Indeed, a number of submarine cables such as the Australia Singapore Cable, Trident Subsea Cable and Hawaiki Submarine Cable have been either recently completed or nearing completion.

But while having more international connectivity in Australia can only be a good thing for consumers, Braunegg pointed to the irony of how such a development will likely disincentive content caching and increase the flow of international traffic.

“If you are a content provider, and if you can buy bandwidth in Australia cheaper than [the cost of] maintaining five data centers in Australia. [Assuming] the product is just as good, and the experience is the same… would you want to have an entire crew and data centers in every state in Australia, or would you set up a massive point of presence in Singapore and send the traffic to Australia?” he asked.