Reliability matters in Australia. Micron21 explains why it’s such a big deal 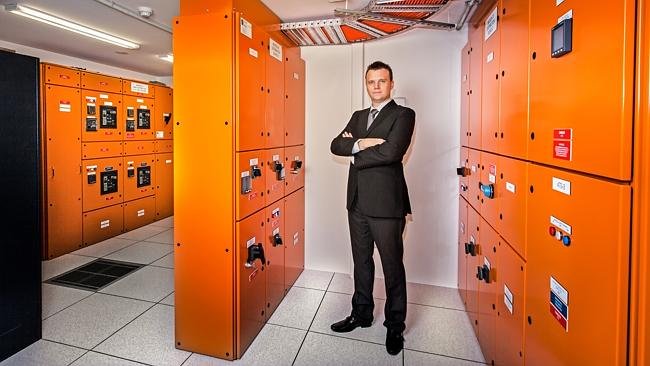 That there are many data center operations claiming that they are Tier III compliant, but without the relevant accreditation from the Uptime Institute to back them up, is hardly a secret within the industry. Indeed, the widespread misrepresentation was what led to a change in the Tier-rating system, as outlined in our report last year.

One data center operator Down Under is going against the grain of such frivolous claims however, and is in the midst of getting not just a Tier III, but a Tier IV Design Documents (TCDD) certification. The plan is to follow through with a Tier IV Constructed Facility (TCCF) certification, which will make Micron21 the first Uptime Institute certified Tier IV data center in Australia.

Micron21 is very vocal about the benefits of certification, with a page on its site about its reliability measures. It even extends its reliable services to customers’ Raspberry Pi devices. DCD spoke to James Braunegg, the managing director of Micron21 to learn more about the decision to embark on this journey. 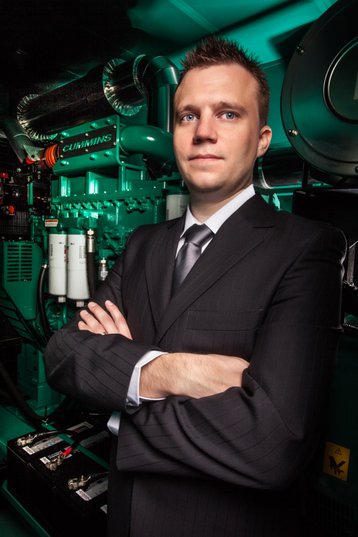 It was quickly apparent that Micron21 is not your typical data center operator. Braunegg started it some six years ago, as a business-within-a-business in the family-owned printing firm – taking advantage of the latter’s network connectivity and unused space to offer hosting services.

As the IT business grew, a decision was eventually made in 2014 to sell off the printing company, freeing up additional space in July 2015 to grow the data center footprint from its original 10 racks of capacity. The expanded data center now offers 100 racks with 2MW of incoming power – and all the redundant power and cooling hardware mandated by the Tier IV standards.

Yet Micron21 is unusual when you consider the density of the compute deployment in its colocation facility. Braunegg tells us that his company has a growing client base of 1,000 customers, all of which are served from a mere 10 racks. Its network is similarly outsized: Micron21 is directly peered to 1,600 networks globally, which is astounding for the company’s size.

Micron21 uses its extensive network to runs its own DDoS service with 700Gbps of protection capacity, which is used by Internet Service Providers (ISPs), content providers and hosting companies.

“We were actually selling services, not space. I was more of a managed service provider. However, I controlled and owned the building, the power, the cooling and the network,” noted Braunegg, who says his customers range from small and mid-sized businesses to Australian government departments that require fault tolerant services.

Braunegg expanded and upgraded  his existing data center with zero downtime for existing customers. For all the extensive refit required to set up a Tier IV facility, why not build a new data center instead? After all, isn’t the attempt to upgrade an existing facility akin to rebuilding the engine of a car while it is still in motion?

“For me to go buy another building, I want to buy a large building that supports a thousand racks. [What would have been] an $8 million investment for me that will turn into $80 million,” explained Braunegg. “What I do have is revenue from my existing clients that is allowing me to tune our facility into the best facility in Australia. I’m providing myself 10 times the capacity; the existing clients alone justify the investments.”

Braunegg is adamant that being Tier IV certified will be a boost for his company’s business. “Because who is Micron 21?” he asked rhetorically. “[Micron21] is a business that is better than anyone else. It is a massive strategic advantage over everybody. To say that you are the best and only Tier IV data center in Australia is a massive boost to credibility,” he said.

Braunegg also advised businesses to challenge claims of Tier compliance by data center operators if they are not certified, referring to the many data centers out there that say they are “built to” specific Tier standards.

“It’s so easy for people to say we are Tier certified, or build to the standards. So prove it. Show me the certification, show me what you are saying is actually true,” he said. “Why not get certified? Unless each and every component has been designed, constructed, and integrated correctly, then you are not [a Tier certified facility].”

The road to Tier IV

The journey to a Tier IV TCCD started in earnest last July, and Braunegg estimates that it should be completed within the next six to eight weeks. So what are some lessons and misconceptions that Micron21 encountered along the way?

“Tier IV data centers globally are still quite rare,” said Braunegg. “There are assumptions that people make, but nobody really knows what is really required. Nobody knows the true difference, the rules about structured separation, continuous cooling.”

One of the biggest misconceptions, according to him, has to do with mains power, alluding to the long-time misconception that Tier IV data centers must be connected to two separate power grids.

“Uptime Institute assumes you don’t have mains power. The ability to run your own data center is your own ability to generate your own power, and redundantly,” he said. “[Uptime] don’t come to test your data center with mains [power], they come here to test the mains failing is an expected outcome.”

Ultimately, if there is one thing that is clear from our conversation, it is that building a Tier IV data center probably isn’t for everyone; even if Micron21’s high customer density makes having full redundancy a logical choice.

“It is very expensive to build a Tier IV data center, if the data center is focused on one customer per rack,” he said. “I have many customers per rack; hundreds of businesses potentially. The redundancy required for our client density is extremely important. Because of the client density, it is important that we have this redundancy.”

“[Going to Tier 4] is a huge beast. It is an amazing journey to be able to go on. It’s definitely an extreme learning curve, but the benefit is our customers who know that what we have built is world class and an Australian first,” summed up Braunegg.

James Braunegg of Micron21 will be sharing his data center journey and addressing the myths of data center design and construction certification at DCD Converged Australia, on 21 June 2016 at the Melbourne Convention & Exhibition Centre.

Business executives, managers and technical professionals directly engaged with IT, data center and cloud infrastructure may attend for free. If your company operates its own on/off premise data center(s), or if you are a significant end-user of data center and cloud services and you are involved in technology planning, procurement, implementation, and operations, then you may qualify. Click here to apply.