According to a report from CBRE, the Asia Pacific (APAC) data center markets are poised to become as big as those in the US and Europe. If current trends continue, the APAC region could require a further 140MW of data center supply right away, which equals roughly two to four million square feet of raised floor space.

In financial terms, this means data center revenues in the region would double to $32 billion by 2022, according to a Frost & Sullivan estimate. Total hyperscale cloud power demands in the region could reach 2,000MW by 2020, adding around 34 million square feet, says CBRE. 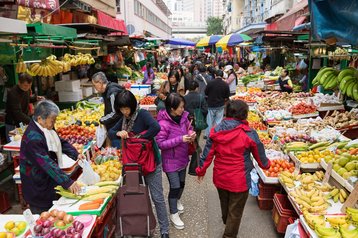 The real estate consultancy notes that outsourcing is vital for large corporates to keep pace, and Asia is catching up after a slow start. Research by BroadGroup suggests only around 12 percent of Asia Pacific-based enterprises had outsourced their data centers in 2013, but this number doubled in the last four years to almost 25 percent - nearly the same as in Western Europe.

These are dramatic figures. Behind them is a region which made a late start but could capitalize on that by jumping to a modern, cloud-based infrastructure: “Asia Pacific’s relatively late adoption of cloud computing could turn out to be a blessing rather than a curse, depending on how the transition is planned and executed,” says the report.

As with the US and Europe, Asia has gateway cities leading the way: Singapore, Tokyo, Hong Kong and Sydney. These are the places where data centers serve the surrounding territories, as opposed to the more locally-based data centers elsewhere. Tokyo is the rising star, CBRE believes, with the potential to become a market similar to Northern Virginia in the US.

Asia’s gateways are still a little smaller than their equivalents elsewhere. The data center sector in each of Asia’s gateway cities consumes an average of 213MW, compared with 253MW for the equivalent sector in the US and 249MW for Europe.

The biggest difference between APAC and the other regions is fragmentation, which stands in contrast to the relatively homogeneous markets of the US and Europe: “In Asia, there are many different sets of laws and regulations to negotiate, meaning that formulating the right strategy based on reliable intelligence and advice will be critical for service providers and end users.”

Another difference is that Asia has a very strong manufacturing sector - the region is the leading producer of physical goods across many industries. This means that the move to so-called Industry 4.0, where factory floors are automated and sensor-driven, will be crucial, driving demand for Edge services.

And finally, APAC has a huge population. Including China and India, the Asia Pacific region is home to 60 percent of the planet’s inhabitants. As technology moves to an era of personalization, there’s clearly room for a huge expansion that can happen there.

To give an idea of the potential, and the current state of development: the APAC region currently has around 27MW of data center capacity for every million residents in its cities. This is less than half the figure in Europe, which has 56MW per million of the urban population.

This is the reason that CBRE thinks the four gateway cities in Asia Pacific could easily grow by 16 percent, taking on 140MW of new supply, equivalent to between five and nine new data centers in the Tier 1 cities.

In fact, more than two-thirds of the new data center supply will be built outside the Tier 1 cities - the majority in China and India.

Hyperscale development will be particularly demanding. Cisco believes there were 86 data centers operated by 24 hyperscale operators across the region at the end of 2016, which is expected to nearly double to 160 by the end of 2020.

Such companies tend to build 500,000 sq ft (46,451 sq m) per site, and need multiple sites for resiliency. They tend to require a minimum of two locations within a market, with mature markets needing three locations, and the possibility of phased expansion.

As a more immature market, where there’s still unmet demand, rents for data centers in Asia Pacific are high: some 20 percent to 40 percent more than those in the US, CBRE says. However, in 2016, as the market matured, they declined pretty steeply - by some 8.8 percent.

In the long term, rents should come close to parity, as the biggest investment is in the mechanical and electrical equipment which has a consistent global cost. However, while there’s not enough supply to meet demand, the rents will stay high in some places: rents in Japan actually increased by five percent in 2016.

CBRE predicts that more localized data centers will develop in APAC, for two reasons. First, the far-flung geography of the region means customers in Australia and Singapore can’t be served from the same facility. And second, the privacy concerns will bring a demand for data sovereignty, where citizens’ data remains in their own country.

Given all these factors, it’s no wonder that the rest of the world views the Asia Pacific region as a hotbed of data center opportunity, says CBRE.

New players are lining up to make a bid to enter the market, but generally find the competition is intense, and often need to partner with local companies - if only for connectivity (Equinix and China Unicom). Existing APAC players are also using their local strength to launch into the West: for instance, Alibaba has a facility in California.

There are risks involved with any market that is changing this rapidly, but the Asia Pacific has the potential to become the world’s leading data center region.