Equinix has reported revenue gains for the 59th quarter running, reaching a high point of $1.15bn. The company’s quarterly revenue rose by 25 percent year-on-year - ten if currency adjustments are made - though this includes $137m as a direct result of its acquisition of 29 Verizon data centers. 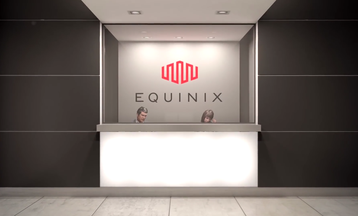 Make way for the beast

In March, the company launched its own data center monitoring software platform, IBX SmartView, across a limited number of facilities.

And its revenue grew throughout the year despite a $6.8m loss when LinkedIn was acquired by Microsoft and relocated infrastructure to its own data centers. In Q2, the company’s revenue passed the $1bn mark for the first time, reaching $1.06bn.

In this quarter alone, the company struck new deals and extended existing partnerships with customers including Alibaba, Baidu, Netflix, Oracle, Salesforce, SAP, Tencent and Walmart, adding ten Fortune 500 companies to its customer base.

With 13 expansion projects at various stages of completion across three regions – EMEA, APAC and NAM - worth $615m, the company is planning to grow its footprint in Denver, Miami, São Paulo, Amsterdam, London, Stockholm, Frankfurt Hong Kong, Melbourne, Shanghai and Singapore.

Gains from the network interconnection business outmatched those from colocation in Q2, growing 31 percent year-on-year.

The company expects the winning streak to continue, and predicts that its total revenues for the year will range between $4.35bn and $4.36bn, a 21 percent increase year-on-year.

And though it may all seem like smooth sailing, there is always a bigger chunk of the market to swallow. Charles Meyer, president of strategy at Equinix, told Data Center Frontier that in the future the company will be breaking from tradition, planning to pursue hyperscale, multi-megawatt deals, shifting from its traditional retail approach to a model resembling that of wholesale providers.