Turning on 5G: Using Edge Archetypes to identify the most Mature Cases

The latest Vertiv whitepaper looks at widespread deployment of 5G and the benefits that could stem from it including ultra-low latency, increased data throughput and edge computing potential 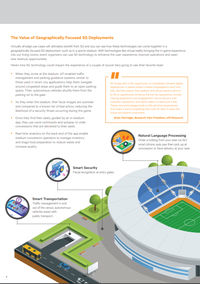 The deployment of 5G and the improvements it delivers in the areas of data throughput, edge computing, ultra-low latency, and efficiency are now imminent.

According to 451 Research, smartphone adoption globally is nearing saturation levels in mature economies and 5G will be needed to reduce the costs associated with delivering high quality broadband services for mobile and increasingly fixed broadband usecases. While the transitions from 2G to 3G and later, 3G to 4G were largely driven by consumer demand for mobile data services, 5G topologies bring several attributes that industrial enterprises can use beyond fatter pipes to Internet services. The challenge, for any operator considering 5G, will be choosing the use cases, verticals, and eco-systems where they can rightfully play a