I guess it’s just because I’m getting older and contemplating my increasingly long past and ever-shorter future, but things seem to be clearer to me now than ever before. I either don’t worry about something that others seem obsessed with or things become so obvious that I don’t understand why I didn’t see it earlier.

The things I don’t worry about include Brexit, where we only need a trade deal on financial services as, for the rest, we are an 85% service-based economy and, compared to when I started work in the 60s, hardly ‘make’ anything anymore to sell to anyone. OK there are exceptions but our ‘government’ (and I use the title under caution) should just tell the EU that they should form a queue at Calais and beg to sell us all the German cars, Italian wine and Belgian chocolates etc. If they don’t want to I am sure that the Chinese, Malaysian, Japanese & Koreans will be happy to grab the bulk of our car spending.

When you look at the labels in everything we do buy it is funny to consider how not being an EU member has hurt China? As for the argument about keeping the peace in Europe Mr Juncker and his drinking pals should be reminded about is that if it not were for the British, the Commonwealth and their friends, the Americans, ‘Europe’ (as the autocrats in Brussels are trying to punish us for wanting to leave) would not even exist - although the Germans would be ruling the roost in either outcome. In living memory millions of people died to save Europe, but debt soon fades from memory.

No, what I do worry about is how the Internet is changing. It was going to be the enabler of so much hope and social worth; education and health services for the poor, freedom of speech for the oppressed and equality in a world of inequalities. Not social networking, silly videos and a whole generation of people walking into lampposts while looking at their ‘phones’… 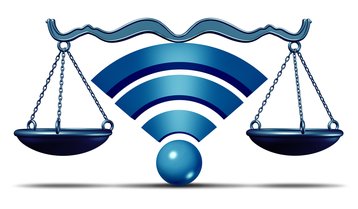 In 2012 Vint Cerf, a personal hero of mine, one of the ‘fathers of the Internet’ and inventor of the IP address, said ‘Internet access will become a privilege, not a right’ - and little could be more prophetic. We now see the strands of a possible future being woven together into a blanket that will only keep the well-off warm. Access speed to independent websites being deliberately slowed down, freedom of speech being suppressed, tax evasion by the giants etc – the list grows longer by the year.

Then you have the views of the companies, big and small, who have agendas that depend upon unfettered growth… Sitting in DCD Zettastructure in London last year I was listening to a panel discussing the Internet of Things. There were some great points made, the most honest being from a processor manufacturer who poo-pooed the oft-quoted ’35 billion connected devices’ and opined ‘multiples of 100 trillion’. But that made me think about the ‘value’ of all that data generation, and who will ‘benefit’ from it.

To me, it seems the ‘benefit’ will only be received by the people with lots of disposable income and an appetite for ever more expensive ‘technology’, and the ‘value’ will be how much of that disposable income the Internet operators (fewer, larger and world-based) can extract from them. The Internet is becoming more akin to the prediction of Vint Cerf.

But I asked a question of the panel regarding the power consumption of all that data that challenged their up-beat views about IoT and was not surprised by the only answer given. India was cited as a place where the change was dramatic and, whilst I appreciate that the present Indian government has performed miracles in the past three years with their expansion of their ‘tech’ based business, my own personal experiences in that country are at odds with notion that ‘tech’ has addressed the underlying social problems.

India has more that 250 million citizens who are existing on well below the official poverty line. For them, half the population of the EU (once we have left), the Internet has done nothing. In fact, it would appear to me that the gap between the middle-class (who are getting much better off) and the poor is rapidly getting wider. That wasn’t how I envisaged the Internet working.

Then, to top off an interesting but thought-provoking day, on the way home I turned on the radio in the car to hear that society as we know it (and most humans at large) will collapse and die by 2600 due to a combination of over-population and energy shortage. Coming from another hero of mine, Stephen Hawking, with a brain the size of a galaxy, it certainly brought into stark context how we, today, are doing a Nero – playing violin whilst Rome burns… Someone (wasn’t it Agent Smith in The Matrix?) once described humans as a virus infecting this planet, so, this year, I didn’t make any new year resolutions, not that I have ever made them stick anyway.