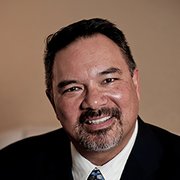 From challenge to opportunity when it comes to liquid cooling

Data center operators have made a number of changes over the years to avoid the necessity of introducing liquid cooling into their facilities. But today they are out of options. There is no alternative to liquid cooling for some of the fastest-growing business applications data centers are being expected to support. As a result, a growing number of enterprises and colocation providers are now embracing the challenge and opportunity liquid cooling represents.

Take a deep-dive with content partner, Vertiv, on liquid cooling options for your data center

While there are liquid-only data centers being developed and some new air-cooled data centers are being designed to accommodate liquid-cooled racks in the future, the most common scenario operators face today is integrating liquid cooling into existing air-cooled facilities that lack the infrastructure to support it.

This can, unsurprisingly, get complicated. There are numerous variables to consider with both the liquid- and air-cooling systems. Working with a partner with knowledge of both air and liquid cooling technologies can be extremely valuable in managing this introduction successfully. If you’re considering bringing liquid into an air-cooled data center, here are some of the key issues you should be prepared to address.

The type of fluid used, and the heat load-to-liquid ratio, have a significant influence on the overall system design of a hybrid facility. Higher heat-to-liquid ratios reduce the demand on air cooling infrastructure. The variables of heat load, liquid flow rates, and pressure work together to contribute to the overall liquid cooling solution and should be considered early in the process of bringing liquid to the rack.

The most fundamental component of liquid cooling infrastructure — the piping that carries the cooling fluid to the rack — can also be the most challenging to deploy within an existing facility.

In most cases, a phased approach is required to minimize disruption to operations. In colocation, for example, operators are adding plumbing to one or two suites in response to known customer requirements. As customer demands increase, they’ll expand to additional suites. The same approach is being applied in the enterprise where a corner section of the data center may be devoted to liquid-cooled racks.

For raised floor data centers, poorly planned piping runs can create obstructions in airflow. Computational fluid dynamics (CFD) simulations should be used to configure piping to minimize the impact on airflow through the floor. In slab data centers, piping is generally run over aisles and supported ceiling structure with drip pans under all fittings to minimize the impact of potential leaks. Wetted material compatibility and choosing the right type of fittings are also critical to the long-term success of a liquid cooling deployment.

With liquid cooling, you need to establish a secondary cooling loop in the facility that allows precise control of the liquid being distributed to the rack. The key component in this loop is the coolant distribution unit (CDU). The CDU provides temperature and flow rate control as well as the ability to maintain liquid hygiene by using filtration to capture debris.

For smaller projects, a CDU with a liquid-to-air heat exchanger can simplify deployment, assuming the air-cooling system has the capacity to handle the heat rejected from the CDU. In most cases, the CDU will use a liquid-to-liquid heat exchanger to capture the heat returned from the racks and reject it through the chilled water system. While CDUs can be positioned on the perimeter of the data center, most units are designed to fit within the row so they can be located in proximity to the racks they support.

The most commonly used methods of liquid cooling being deployed today, rear-door heat exchangers and direct-to-chip cold plates, work with air cooling systems rather than independently. Immersion cooling, both single- and two-phase, are also making headway.

You’ll need to determine how much of the total heat load each system will handle, how much air-cooling capacity the liquid system will displace, and where the liquid cooling system may be introducing new demands on air-cooling systems. Rear-door heat exchangers, for example, expel cooled air into the data center and the air-cooling system must be able to handle heat from the rack if one or more rear doors are open for service. In rear-door applications a chiller is typically used to achieve desired water temperatures and there may be an opportunity to convert existing computer room air handlers to indoor chillers designed to occupy the same footprint.

The biggest obstacle to the growth of liquid cooling has been concerns over the risks associated with moving liquid to the rack. The liquid cooling systems being deployed today minimize this risk by limiting the volume of fluids being distributed and integrating leak detection technology in system components and at key locations across the piping system.

When dielectric fluids are used, the risk of equipment damage from leaks is removed, but the high cost of these fluids justifies the inclusion of similar leak detection systems as would be used in water-based systems. The Open Compute Project has released an excellent paper on leak detection technologies and strategies, Leak Detection and Integration, which is recommended reading for anyone bringing liquid into their data center.

Final heat rejection systems need to be tailored to the scale of the deployment, type of liquid being used, and the geographic location of the deployment. Existing cooling towers or drycoolers can be leveraged for liquid cooling heat rejection, but modifications, such as the addition of an adiabatic assist to a drycooler system, may be required to maintain the low supply temperatures liquid cooling systems require. Work with your infrastructure partner to evaluate existing heat rejection systems in relation to the specific requirements of the liquid cooling system being deployed.

Ready or not — here it comes

Businesses across a wide range of industries are turning to artificial intelligence and other processing-intensive applications to create competitive advantage and these applications require liquid cooling. The process of introducing liquid cooling into an air-cooled data center requires careful planning and engineering, but the technologies and best practices are available today to support a successful and minimally disruptive deployment.