Power consumption in data centers is a global problem 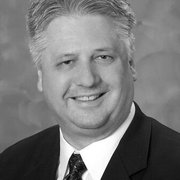 Awareness of the need to reduce emissions is at an all-time high. Regulatory bodies around the globe are targeting the energy sector, particularly coal plants, in an effort to reduce the environmental impact of power generation. But the generation side is only one side of the equation. The reduction of energy consumption is just as important.

About five percent of total global energy usage is by electronics. That number is projected to grow to at least 40 percent by 2030 unless there are major advances made in the lowering of electricity consumption.

The information and communications technology (ICT) sector predicts to use 20 percent of all the world’s electricity by 2025 and emit up to 5.5 percent of all carbon emissions.

That's not all, folks 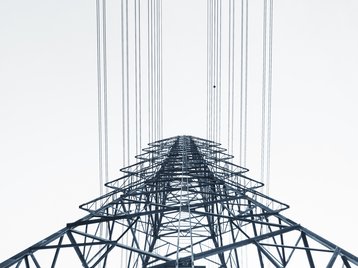 This places an immense power burden on data centers, which already consume more than 2 percent of the world’s electricity. With global data traffic more than doubling every four years, data centers are coming under scrutiny. The solution is twofold: look to renewable sources for energy consumption; and bring about a major improvement in the energy efficiency of servers, storage devices and other ICT equipment.

The Storage Networking Industry Association (SNIA) has been working diligently on the latter course for more than a decade via its Green Storage Initiative (GSI). The goal is to establish a global standard for the measurement of energy efficiency in storage.

This program has received considerable support over the years due to several factors. Rising energy costs have increased power and cooling expenses for server and storage equipment. In some cases, physical restrictions make it impossible to add more power and cooling load. Any new applications and data can only be brought on if old ones are retired or consolidated onto new, more efficient configurations. Further, regulatory and societal pressures incentivize data centers to lower their energy footprints.

Companies, understandably, have become more careful about the type of equipment they deploy. As well as better performance and added capacity, they are demanding lower power consumption. But that poses a problem. How do they determine which equipment is best in terms of energy efficiency?

It is impractical for all but the largest companies and vendors to set up an in-house laboratory to test a full range of storage products and architectures. A more effective approach is to create standard metrics that allow IT architects to compare a range of possible solutions. An objective, metric-based approach enables users to select the mode of storage usage that accomplishes business goals accompanied by low overall energy consumption. In addition, it encourages vendors to produce more energy efficient products.

The primary thrust of the GSI is the SNIA Emerald Specification. It offers a rigorous methodology for the measurement of the power efficiency of storage systems under typical data center conditions. It covers block storage, file storage and will soon provide a uniform way to measure solid state, converged storage, and object storage. It offers a standardized method to assess the energy efficiency of commercial storage products in both active and ideal states of operation. It has evolved a detailed taxonomy to classify storage products in terms of operational profiles and supported features. Test definition and execution rules are carefully laid out to ensure adherence to the standard.

Within the U.S., then, the Emerald program provides a means of achieving an apples-to-apples comparison on energy consumption and efficiency between competing storage products. Vendor metrics and comparisons, after all, can be subject to interpretation and may sometimes be set up under conditions which are favorable to a specific product.

Towards a Global Standard

If all storage products were produced in the U.S., the EPA’s endorsement of the SNIA Emerald Program would be sufficient. However, the IT industry is global in scope. Manufacturers hail from all corners of the world. Components, systems and equipment may come from many different countries and are consumed universally. What is needed is a global standard for the comparison of energy efficiency.

A single test method accepted and used around the world would drive storage efficiency to new heights. The SNIA Emerald Program is well on its way to achieving this. As well as the U.S. EPA, it is utilized as part of Europe’s EU LOT 9 program, and the Japanese Top Runner program.

Its appeal is simple. Standards developed by vendors, no matter how sound, are not likely to be accepted by competitors. The problem of differing taxonomies also comes into play. It is quite common for vendors to have different terms for the same thing. Those attempting to compare one product to another based on vendor documentation can face difficulties due to information inconsistency.

Similarly, if each country or region develops its own standards, vendors will be faced with a patchwork of rules and specifications that will drive up costs and make compliance a nightmare. They could face a situation of having to provide different products in each region of the world based on local requirements for energy efficiency.

SNIA is the only global forum for storage which invites the participation of all vendors. As such, it members represent more than 90 percent of all shipped storage units and capacity. The SNIA Green Storage Technical Working Group is a technology body of storage experts from across the vendor spectrum. Together, they have evolved a single standard for energy efficiency to unite the global storage industry. The SNIA Emerald Program offers one voice to unite the storage industry and spread an agreed-upon standard for energy efficiency to all regions and countries.

SNIA also undertakes the task of training engineers and independent labs on the use of the Emerald specification to ensure it is standardly implemented with uniform results. By supporting this endeavor, all of storage wins. Storage efficiency rates can be consistently lowered. Vendors can compete on an even playing field. And regulatory bodies around the world can adopt a standard that is endorsed by all vendors and easy to comply with.

The objectives of the SNIA Emerald specification, then, are multi-fold:

The end result is one that is desired by all: lowered IT emissions, raised storage efficiency and much lower energy consumption.

This standard is steadily evolving to keep pace with IT innovation. Storage veterans from all walks of life ensure it is updated regularly to represent the current state-of-the-art. All that is needed is for storage vendors to continue to support the SNIA Emerald Program, keep it funded, and help promote its use around the world.

By doing so, we can rapidly achieve the goal of a single global standard for storage efficiency.