On a path to sustainability 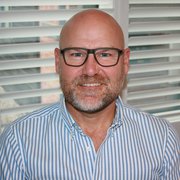 The future of green data centers

The data center industry has become hugely successful, seeing significant growth; and is responsible for employing many thousands of people worldwide. It’s also an industry that has major environmental responsibilities, given its position as a major electricity consumer.

Indeed, research indicates that by 2025, data centers will account for ICT’s largest share of global electricity production at 33 percent, followed by smartphones (15 percent) networks (10 percent) and TV (9 percent). This is part of a bigger picture that will see ICT as a whole consume up to 20 percent of global energy production by 2025, with around 14 percent of greenhouse gas emissions coming from the sector overall by 2040.

Change is clearly required, and there is pressure from both inside and outside the industry to implement decisive improvements in environmental performance. From the customer point of view, for example, data center sustainability has become a major factor in the selection process for companies purchasing cloud and data center services. Businesses the world over now ask for proof that suppliers of all kinds are effectively managing their environmental responsibilities and the pressure to act correctly will only increase in the years ahead.

The industry itself has also taken action. Back in January, for example, a large number of European data center and cloud operators signed up to the Climate Neutral Data center Pact - a commitment to become carbon neutral by 2030. The initiative is backed by 17 industry bodies, setting “targets for efficiency and the use of green energy, as well as making data centers into a circular economy.” More specifically, the signatories have focused on efforts to increase and measure their efficiency, to use 100 percent renewable energy, to address water efficiency and take part in a circular economy to repair and recycle servers, as well as reusing waste heat where possible.

There are a range of issues at play that determine the power consumption performance of each data center. For instance, while the storage needs for new data do not necessarily signify a direct relationship in hardware requirements and the power they consume, its impact is inclined to increase later, as modern retention guidelines call for reliable, easily accessible backups. All of this additional data needs to be secured, cooled, and transmitted effectively. What’s more, upgrading data centers can also mean expanding physical space for new racks and other equipment, all of which must be lit, cooled, and secured.

As a result, running a server network consisting of components such as fans, consoles, monitors, lights, and cooling systems 24x7 requires large amounts of energy. The widespread need for continuous uptime means many systems run around the clock, regardless of whether they’re being used or not, further increasing power consumption.

Addressing the range of power consumption challenges and reducing carbon emissions while improving operational efficiency relies on the adoption of increasingly energy-efficient infrastructure in the global market. In doing so, data center operators can focus on a number of areas:

Part of the problem with older, legacy data center equipment is that as it gets older, it’s likely to require even more energy to remain operational - and may not have been particularly efficient when originally installed. However, hardware manufacturers are now heavily focused on producing technologies that perform much more effectively throughout their lifespan and data center operators should be focusing on infrastructure renewal as a matter of priority.

2 Increasing the use of virtualization

Virtualization - transforming physical infrastructure into a software-based alternative - offers a range of benefits to data center providers that can improve environmental performance. For instance, it can reduce the need for facilities to accommodate employees permanently on site, with the result that data centers are able to function at higher temperatures with a reduced energy footprint. The approach also enables multiple pieces of software to run on the same server, and can also mean multiple servers can be combined into one, lowering the impact for each user storing their information at that facility.

Typically, any business or managed services provider with a formal data center partnership will purchase a specified amount of services and space to meet their needs. It’s not uncommon, however, for data center operators to allocate additional space in anticipation of expansion, which is often done automatically, not on the request of the customer. The problem is, this creates redundant server space until that expansion occurs, which sometimes never happens.

This practice has a significant environmental impact, with one research project finding that approximately 25 percent of 16,000 servers assessed in the study were ‘comatose’ - ie, using power without doing any useful work. Green data centers should be turning off these ‘zombie’ servers to lower both energy consumption and costs.

Environmentally-conscious data centers can focus on eliminating power consumption by switching to an on-demand energy model, which can be optimized with continuous monitoring and analysis. What’s more, tools are now available that help data centers to reclaim unused power and distribute it elsewhere in the facility, further reducing their overall reliance on power generation.

By supporting industry-wide initiatives to address environmental performance and investing to improve the efficiency of each facility, data center operators can continue to provide the powerful technologies that have transformed global IT, while fully participating in concerted efforts to protect the planet for current and future generations. Those who don’t make this a priority will find themselves under increasing scrutiny and left behind by an industry focused on building a successful, sustainable future.