The game is changing, and operators choosing a data center location are using different criteria

What enters into the equation when choosing a data center location? The factors traditionally considered critical, such as availability, redundancy and cost of power, are no longer sufficient.

Over the past ten years, data centers have been steadily moving away from major metro areas in favor of remote locations. According to a recent report on the benefits of edge data centers by Green House Data, 47 percent of service providers need lower latency to better serve local markets, and 52 percent cited lower bandwidth costs from shorter backbone transport as they seek to expand the edge of the network and provide connectivity closer to end-users. 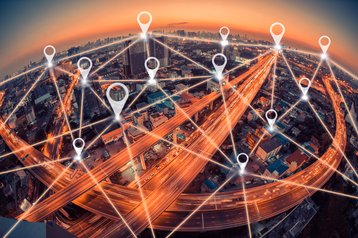 The era of data centers next door

Edge computing is based on the principle that smaller data centers located close to end-user populations can improve speed and performance. The move to the edge is less about opening data centers in rural areas, however, than it is about locating facilities in Tier 2 cities for better end-user experience. Many companies therefore now have enterprise, edge and micro data centers in their IT portfolio. They must think of their data center locations in terms of a hub and spoke model, by allocating their infrastructure to balance between the amount of data and the required latency.

The expected surge in internet of things (IoT) applications will also increase the number of data centers needed on the edge, making it critical to continue expansion beyond major population hubs. Gartner predicts that IoT will grow to 20.8 billion connected things by 2020. These will move beyond mobile devices, cars and retail shelves, to connected healthcare equipment, and manufacturing applications known as the industrial internet of things (IoT). This will require even more data centers, expanding the edge of the network and providing connectivity closer to end-users.

Regions with abundant and cost-effective resources

Today, data center strategy is moving nearer to the hub and spoke model, combining micro, edge and enterprise data centers. Seeking abundant, sustainable and reliable power, many enterprise facilities are migrating to the US Pacific Northwest and the Nordic region, which offer renewable energy resources, such as hydroelectric, solar and geothermal. Oregon, for example, offers a temperate climate and provides some data centers with direct access to clean, inexpensive power, including a low-carbon energy mix based on hydroelectric resources, which aligns with many enterprise customers’ green initiatives.

Stephen Belomy is  SVP US West Coast at Etix Everywhere